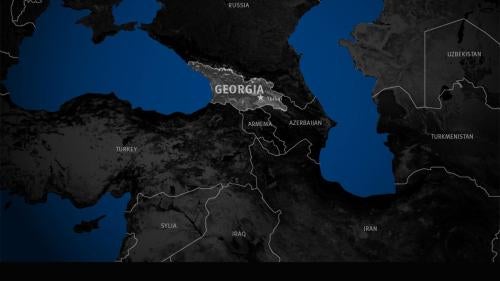 The International Criminal Court (ICC) ordered an investigation into war crimes and crimes against humanity committed during the August 2008 war in Georgia.

The ruling Georgian Dream (GD) party won an overwhelming victory in the October 8 parliamentary elections, giving it full control over the formation of a new government. International observers, led by the Organization for Security and Co-operation in Europe (OSCE), concluded that the elections were “competitive, well-administered and fundamental freedoms were generally respected.”

However, they also noted procedural violations during the vote count in almost one-third of all polling stations and violent altercations in four. Local monitoring groups highlighted some cases of vote-buying, alleged political intimidation, and campaigning by unauthorized persons, but found these had no effect on the overall outcome.

Three violent incidents during the week before the vote marred an otherwise peaceful pre-election process. On October 4, an explosion hit the car of a prominent member of parliament from the opposition United National Movement (UNM) party, injuring five. An October 2 shooting during an outdoor campaign meeting for an independent candidate wounded two people. On October 1, three GD activists were assaulted while campaigning. Investigations into all three incidents were pending at time of writing.

In April, the Constitutional Court ruled unconstitutional legislation that allows state security services to have direct, unrestricted access to telecom operators’ networks to monitor communications and ordered the authorities to reform surveillance regulations by March 2017. Legislation adopted in 2014 had imposed restrictions on surveillance operations by law enforcement but left in place the security agencies’ operation of “black box” surveillance devices in telecommunications service providers’ networks. The court found this system allows mass collection of personal information in real time without effective oversight.

The online publication of several illegally recorded personal phone conversations of opposition party members and their supporters in the run-up to the election seemed aimed at influencing the vote. Among the recordings were private conversations between former President Mikheil Saakashvili and fellow UNM party members, and a call between a pro-opposition television director and an opposition party leader. The State Security Service denied involvement, and the Interior Ministry opened an investigation.

In March, unknown persons threatened to release sex tapes implicating two cabinet members, an opposition figure, and a television journalist if they did not quit their jobs by March 31. The threats were made through YouTube videos of secretly recorded videos purportedly showing their private lives, with blurred out faces, which were quickly removed. Authorities launched an investigation.

Georgia does not have an independent effective mechanism for investigating crimes committed by law enforcement officials.

In July, the Georgian Young Lawyers’ Association (GYLA), a leading human rights group, published a report analyzing 22 cases they litigated in the past two years concerning alleged torture and ill-treatment by law enforcement officials. GYLA concluded that in most cases the investigations were ineffective. In several cases, officials retaliated against the victims who had filed complaints by pressing administrative and criminal proceedings against them.

GYLA received at least 62 allegations of torture and ill-treatment in 12 months since November 2015; 45 of them concerned abuse by police, and 17 by prison staff. According to GYLA, authorities failed to effectively investigate those allegations.

In August, Demur Sturua, 22, committed suicide, leaving behind a note stating that a local policeman was coercing him to inform on local cannabis growers. The autopsy showed that Sturua had bodily injuries, which the prosecutor said were inflicted by the policeman prior to Sturua’s death. The Prosecutor’s Office filed criminal charges against the policeman, and the investigation was pending at time of writing. Georgia’ s public defender said the case exemplified the consequences of Georgia’s “repressive drug policies.”

Several criminal cases against former officials raised questions about selective justice and politically motivated prosecution. In May, a court found five former Defense Ministry and general staff officials guilty of misspending GEL 4.1 million (roughly US$1.8 million) arising from a closed 2013 tender for the laying of fiber-optic cable, and sentenced them to seven years in prison.

For several months following the defendants’ arrest in 2014, authorities denied defense lawyers full access to evidence, claiming it consisted of classified documents. The court did not establish any mercenary motives behind the misspending charges. The public defender filed an amicus brief in support of the defendants’ Constitutional Court claim that the definition of misspending in the criminal code is vague and allows for arbitrary interpretation. The men were arrested in 2014, which led to sacking of then-Defense Minister Irakli Alasania.

In June, the European Court of Human Rights (ECHR) issued a ruling in the case of ex-minister of interior and the UNM leader Vano Merabishvili, saying that while his initial pretrial detention in May 2013 was lawful, the remand renewal four months later lacked reasonable grounds. The court said Merabishvili’s continued detention “was…treated by prosecuting authorities as an additional opportunity to obtain leverage” over investigations into unrelated cases, including one against ex-president Saakashvili. In October, the ECHR Grand Chamber agreed to hear the Georgian government’s appeal of the ruling.

In August, President Giorgi Margvelashvili blocked a referendum bid on defining marriage as a union of a man and a woman, saying that the issue is already covered in the civil code. Prime Minister Giorgi Kvirikashvili vowed to pursue a constitutional definition of marriage after the October elections, arguing that this would help counter alleged Western efforts to spread same-sex marriage “propaganda” in Georgia. Local rights groups feared this effort would further marginalize the LGBT community and intensify anti-LGBT prejudice.

Authorities declined a request by LGBT activists to hold an event to mark International Day Against Homophobia and Transphobia (IDAHO) on Tbilisi’s main thoroughfare, stating it was already booked for a procession by Orthodox groups to mark Family Day, an annual event established by the Orthodox Church in 2014. Activists refused to celebrate IDAHO in the alternative venue offered.

The Women’s Initiatives Supporting Group (WISG), a local LGBTI rights group, said it documented almost 20 cases of attacks against transgender people in 2016. In October, a transgender woman was beaten and stabbed in what rights groups suspected was a hate crime. Police arrested a suspect on attempted murder charges, and the public defender urged authorities to examine a possible hate motive.

The ownership dispute over Georgia’s most-watched television broadcaster, Rustavi 2, continued in 2016 and raised concerns about ongoing government interference with media. In June, the Tbilisi Court of Appeals upheld a lower court ruling in favor of Kibar Khalvashi, who owned Rustavi 2 from 2004 to 2006 and sought to reclaim his shares. Khalvashi alleged that in 2006, then-UNM government leaders forced him to sell the shares. Rustavi 2’s current owners appealed the appeals court decision, alleging Khalvashi’s lawsuit is a government-orchestrated move to take over the opposition-minded station. In September, the Supreme Court found the appeal admissible. A decision was pending at time of writing.

The Association Agreement between the European Union and Georgia went into force on July 1, strengthening political and economic ties between the two. The agreement requires Georgia to fulfill extensive commitments in the areas of democracy, human rights, and the rule of law. The EU pledged €100 million ($107.8 million) per year to support Georgia’s reform agenda, including in areas relating to human rights and the rule of law.

She noted ongoing and disquieting levels of domestic violence, including femicide/killings of women, and police failure to provide adequate protection in reported cases as well as the persistent belief that such violence is a private matter. She also raised concerns about the high number of child and forced marriages resulting from lax enforcement of laws prohibiting such marriages and social attitudes and practices that foster the practice. Georgia has signed but not yet ratified the Council of Europe Convention on Violence against Women and Domestic Violence (Istanbul Convention).

The US-Georgia bilateral working group on democracy and governance under the strategic partnership charter met in June in Tbilisi. The US delegation underlined the importance of a peaceful pre-election environment and reiterated concerns over the Rustavi 2 ownership dispute. The April US Department of State’s annual human rights report noted among other things “significant shortcomings in the administration of justice, including pressure on judiciary in selected cases.”

In January, the ICC authorized its prosecutor to open an investigation into war crimes and crimes against humanity allegedly committed in the lead up to, during, and after the August 2008 war between Russia and Georgia over South Ossetia.