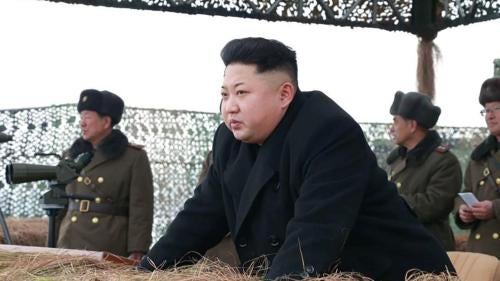 North Korea, officially the Democratic People's Republic of Korea, is an authoritarian state with a dynastic leadership that is among the most repressive in the world. In 2015, his fourth year in power, leader Kim Jong-Un continued to intensify repression, increased control over the North Korean border with China to prevent North Koreans from escaping and seeking refuge overseas, and tightened restrictions on freedom of movement inside the country. The government also punished those found with unauthorized information from outside the country—including news, films, and photos—and used public executions to generate fearful obedience.

The United Nations Commission of Inquiry on Human Rights in the Democratic People’s Republic of Korea (COI), set up by the Human Rights Council (HRC), issued a report in 2014 documenting extermination, murder, enslavement, torture, imprisonment, rape, forced abortion, and other sexual violence in North Korea. It concluded that the “gravity, scale and nature of these violations reveal a State that does not have any parallel in the contemporary world.”

On December 10, 2015, the UN Security Council added the human rights situation in North Korea to its formal agenda, marking two years in a row, in line with a COI recommendation. The HRC and the UN General Assembly have both suggested that the Security Council consider referring the situation to the International Criminal Court (ICC).

The North Korean government has ratified four key international human rights treaties and signed one other. Most recently, on November 10, 2014, it ratified the Optional Protocol to the Convention on the Rights of the Child, on the Sale of Children, Child Prostitution and Child Pornography. North Korea’s constitution sets forth a number of rights protections, but in reality the government quashes all forms of disfavored expression and opinion and prohibits any organized political opposition, independent media, free trade unions, and civil society organizations. Religious freedom is systematically repressed.

The government also violates economic and social rights by criminalizing and arbitrarily punishing market activities, one of the few means by which North Koreans can obtain income needed for food, medicine, and other necessities the government often fails to adequately provide the population. Government officials often require those pursuing market activities to pay bribes and sentence those unable to pay to perform forced labor in penal institutions or reform-through-labor camps.

North Korea continues to discriminate against individuals and their families on political grounds in key areas such as employment, residence, and schooling through use of the “songbun,” the country’s socio-political classification system that from its creation grouped people into “loyal,” “wavering,” or “hostile” classes. This classification has been restructured several times but continues to divide people based largely on their family background and perceived political loyalty, though corrupt practices now also influence the system.

The government also practices collective punishment for alleged anti-state offenses, effectively enslaving hundreds of thousands of citizens, including children, in prison camps and other detention facilities where they face deplorable conditions, abuse by guards, and forced labor.

The government uses threats of detention, forced labor, and public executions to ensure obedience and imposes harsh restrictions on freedom of information and movement. It criminalizes leaving the country without official permission, and in some instances state security services actively pursue North Koreans into China, seeking to detain and forcibly return them.

During Kim Jong-Un’s rule, the government has significantly expanded efforts to stop irregular crossings of North Koreans into China. The government has increased rotations of North Korean border guards, cracked down on brokers who assist people trying to leave, and prosecuted use of Chinese cell phones to communicate with the outside world. North Koreans who left the country in 2014 and 2015 told Human Rights Watch that the government was tracking down and publicly executing border guards who allowed people to cross into China in exchange for bribes.

Increased patrols, barbed-wire fences, and security cameras on the Chinese side of the border have also made crossings more difficult. Chinese authorities have also targeted broker networks in China, resulting in fewer North Koreans being able to complete the arduous journey through China to Laos or Thailand, from which most are sent on to South Korea.

China continues to label all North Koreans in China as illegal “economic migrants” and routinely repatriates them, despite its obligation to protect refugees under the Refugee Convention of 1951 and its 1967 protocol, to which China is a state party. Concerned foreign governments argue that all North Koreans fleeing into China should be considered refugees sur place regardless of their reason for flight because of the prospect of punishment on return. Beijing regularly restricts access of staff of the UN Refugee Agency to border areas where North Koreans are present.

Former North Korean security officials who have defected told Human Rights Watch that North Koreans handed back by China face interrogation, torture, and consignment to political prison camps (known as kwanliso, literally management centers) or forced labor camps. The severity of punishments depend on North Korean authorities’ assessments of what the returnees did while in China. North Koreans who have fled the country since 2013  or have contacts inside the country allege that the government has started treating all defectors as enemies of the country, sending anyone caught and repatriated from China to political prison camps.

North Korean women fleeing their country are frequently trafficked into forced marriages with Chinese men or the sex trade. Even if they have lived in China for years, these women are not entitled to legal residence there and face possible arrest and repatriation at any time. Many children from  these unrecognized marriages lack legal identity or access to elementary education in China.

All media and publications are state-controlled, and unauthorized access to non-state radio or TV broadcasts is punished. Internet and phone calls are limited within the country and are heavily censored. North Koreans are punished if found with mobile media such as computer flash drives or USBs containing unauthorized videos of foreign films or TV dramas. As noted above, authorities also actively track, and seek to catch and punish, persons using Chinese mobile phones to make unauthorized calls to people outside North Korea.

North Korea is one of the few nations in the world that still refuses to join the International Labour Organization. Workers are systematically denied freedom of association and the right to organize and collectively bargain. The only authorized trade union organization, the General Federation of Trade Unions of Korea, is controlled by the government.

In 2003, a special administrative industrial zone at the southern border, the Kaesung Industrial Complex (KIC), was developed in cooperation with South Korea. As of September 2015, the KIC was hosting 124 South Korean companies employing 54,616 North Korean workers, supervised by 809 South Korean managers. A joint North-South Korea committee oversees the KIC, but the law governing working conditions there falls far short of international standards.

Persons accused of serious political offenses are usually sent to political prison camps, operated by North Korea’s National Security Agency. These camps are characterized by systematic abuses and often deadly conditions, including meager rations that lead to near-starvation, virtually no medical care, lack of proper housing and clothes, regular mistreatment including sexual assault and torture by guards, and executions.

People held in political prisoner camps face backbreaking forced labor at logging, mining, agricultural, and other worksites. These are characterized by exposure to harsh weather, rudimentary tools, and lack of safety equipment, all of which create a significant risk of accident. Death rates in these camps are reportedly extremely high.

United States and South Korean officials estimate that between 80,000 and 120,000 people are imprisoned in the remaining camps: No. 14 and 18 in Kaechun, No. 15 in Yodok, No. 16 in Hwasung, and No. 25 in Chongjin. Pyongyang does not admit the existence of any such camps in the country.

Forced labor is common even outside political prison camps. People suspected of involvement in unauthorized trading schemes involving non-controversial goods are usually sent to work in forced labor brigades (rodong danryeondae, literally labor training centers) or jipkyulso (collection centers), which are criminal penitentiaries where forced labor is required and where many women are victims of sexual abuse. Harsh and dangerous working conditions in those facilities purportedly result in significant numbers of injuries.

Pyongyang’s record of cooperation with UN human rights mechanisms remains among the worst in the world. Since 2013, its human rights record has been the subject of more focused UN attention than ever before, including at the Human Rights Council and Security Council, as detailed above.

Japan continues to demand the return of 12 Japanese citizens whom North Korea abducted in the 1970s and 1980s. Some Japanese civil society groups insist the number of abductees is much higher. South Korea has also stepped up its demands for the return of its citizens, hundreds of whom were reportedly abducted during the decades after the Korean War. The North Korean government has also kidnapped individuals from China, Thailand, Europe, and the Middle East.

On September 21, the HRC held a plenary panel on the situation of human rights in North Korea, addressing international abductions, enforced disappearances, and other alleged crimes.

From October 20 to 26, the two Koreas organized reunions of 186 families separated during the Korean War, the first such reunions since February 2014.

In January 2015, United States President Barack Obama issued an executive order imposing sanctions following the hacking of Sony’s computers in late 2014, allegedly by groups connected to North Korea. The US sanctions on North Korea included a human rights clause for the first time.