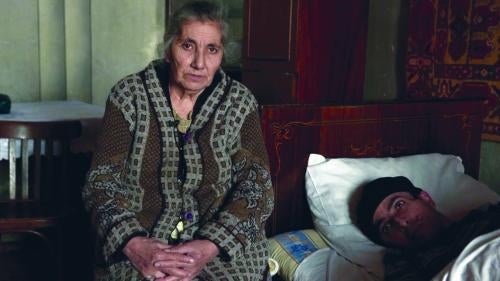 In December 2015, Armenia held a referendum on constitutional amendments, proposed by the ruling party, to move from a presidential to a parliamentary system. Some critics said the amendments are intended to allow the party to remain in power, although the Council of Europe’s Venice Commission said that the draft constitution was “in line with international standards.” Following the referendum, some domestic and international observers reported allegations of large-scale vote-buying, ballot box stuffing, and intimidation and violence against observers.

Freedom of Assembly and Political Dissent

Authorities in several cases interefered with freedom of assembly in 2015, including by force. Some protestors faced violence. In September, Smbat Hakobian, of the Alliance of Freedom Fighters, an independent group critical of the government, was savagely beaten by several men he did not know, after a protest march. Police had charged three suspects in an investigation ongoing at time of writing.

On June 19, hundreds gathered in central Yerevan to protest a proposed 17 percent hike in electricity tariffs in round-the-clock demonstrations dubbed “Electric Yerevan.” On June 22, demonstrators marched toward the presidential palace and, after police blocked them, occupied a central avenue until early June 23, when police issued warnings and then used water cannons to disperse the protest. Police officials told media that at least 25 people, including 11 police officers, were injured. Several protesters sought medical assistance. Activists and media reported that police attacked and detained numerous reporters, in some cases, smashing or confiscating cameras and deleting photos and videos of the events.

Police detained more than 200 demonstrators and held them for most of the day before releasing them without charge. In at least two cases, police refused access to lawyers. By evening, thousands gathered on the avenue to protest police actions. Police did not interfere. Many stayed until the police cleared them without incident on July 6. After an internal inquiry into the July 23 incidents, one officer was demoted and eight received reprimands for failure to demonstrate restraint. A criminal investigation into police conduct was ongoing, and no one had been charged at time of writing. Authorities eventually dropped a criminal investigation into “hooliganism” regarding the protests.

On April 7, Yerevan police arrested five members of the opposition movement Founding Parliament, including Chairman Garegin Chukaszyan, and Jirair Sefilyan, Varuzhan Avestisyan, Pavel Manukyan, and Gevorg Safaryan. The group had received permission to hold a rally in Yerevan on April 24, the 100-year anniversary of the Armenian genocide. Authorities charged the men with planning a mass disturbance, after searching their homes and office and seizing wooden bats, kitchen knives, a stun gun, and a publicly available pamphlet, as well as their laptops and flags. On April 10, a Yerevan court remanded all five to pretrial custody, but on May 4, the prosecutor general released them pending the investigation, which was ongoing at time of writing.

In 2015, appeals courts upheld the verdicts against controversial opposition leader Shant Harutyunyan and 13 of his supporters, who were arrested in 2013 after clashes with police during an attempted march on the presidential administration in Yerevan. In 2014, a Yerevan criminal court convicted them of violence against authorities and imposed prison terms of one to seven years.

Harutyunyan and activist Vardanyan alleged that police beat them following their detention. The authorities refused to investigate the allegations. In June, penitentiary officials granted their petitions to serve their remaining sentences in solitary confinement, due to their fear of politically motivated violence in prison.

On September 15, a Yerevan court sentenced Hayk Kyureghyan to nine years in prison for shooting air pistols to protest the 2014 trial of Harutyunyan and his supporters. Many local activists consider the sentence disproportionate, and retaliation for Kyureghyan’s political views.

Authorities continue to curtail media pluralism, and impunity for attacks on journalists, including by the police, remains the rule. The Committee to Protect Freedom of Expression reported that if the law on television and radio remains unchanged, provisions will take effect in January 2016 limiting each region to one television station, and at least 10 stations will have to close.

The committee documented 19 cases of violence against journalists in 2015, including 13 during the June Electric Yerevan protests, and, aside from the reprimands noted above, reported that no one was held responsible for any of the attacks.

In a positive step, the Constitutional Court ruled in October that journalists are not obliged to reveal confidential sources in cases not involving serious crimes. The decision resolved a multi-year attempt by the Special Investigative Service to force the Ilur.am news portal and Hraparak newspaper to disclose confidential sources.

Torture and Ill-Treatment in Custody

Despite new guidelines issued to law enforcement officers, human rights groups reported that torture and ill-treatment in custody remain serious problems in pretrial and post-conviction facilities, especially to coerce confessions. Some victims do not file complaints, fearing investigations will not be effective. Impunity for torture remains a key concern.

The Armenian Helsinki Association reported that, in April and August, appeals courts in Yerevan upheld Aik Agamalyan’s 10-year prison sentence for murder. Authorities refused to investigate claims that investigators tortured and ill-treated Agamalyan, 16 at the time of his arrest in 2013, and his relatives to coerce a confession.

According to the Helsinki Citizens’ Assembly Vanadzor, a human rights monitoring group, in May, a woman in Yerevan rebuffed a police officer who whistled at her. Four officers handcuffed her and took her to the station, where they insulted and ill-treated her for three hours. A forensic exam revealed bruises and psychological distress. Her appeal of the Special Investigation Service’s decision to dismiss her complaint was under court review at time of writing. She was charged with insulting an officer, and two preliminary hearings on the charges had been held at time of writing.

Although Armenia has taken significant steps to correct long-standing problems with military service, including by providing for alternative service for conscientious objectors, Armenian rights groups reported that violence among conscripts and a high number of non-combat deaths remain concerns. 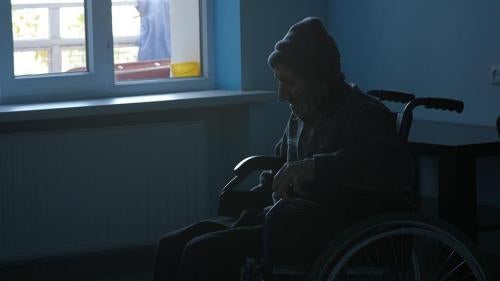 Armenia continues to discuss reforming its complicated and time-consuming prescription and procurement procedures for opioid medications. A national action plan on palliative care remained pending for more than a year at time of writing. Current regulations obstruct the delivery of adequate palliative care, condemning most terminally ill patients to unnecessary suffering. Tight police controls on injectable opioids and restrictive policies on procurement, prescription, and disbursement are inconsistent with many of the World Health Organization’s recommendations on palliative care.

On October 17-18, the LGBT rights group PINK Armenia held the first Armenian forum to discuss problems faced by LGBT people. An article about the event and a photograph of participants posted on PINK Armenia’s website and re-posted by various media outlets, received a slew of homophobic comments and threats in social media, including calls to burn and kill the forum participants. PINK Armenia filed a complaint with the Prosecutor’s Office to investigate the threats and had not received a response at time of writing.

PINK Armenia reported that five men attacked two transgender sex workers in a Yerevan park in August, causing serious injuries, including brain trauma. The victims attempted to seek assistance from security officers, who refused to help them. The case was under investigation at time of writing.

In April, an appeals court rejected the appeal by 16 plaintiffs whose lawsuits against the Iravunq newspaper were dismissed by a court in October 2014. Iravunq had published several online articles calling for LGBT people and activists to be excluded from public life and for their families to shun them. One article included a “blacklist” of 60 such people, with links to their social media sites. The newspaper refused to publish a retraction.

On June 23, following police assaults on journalists in Yerevan, the OSCE’s Mijatovic called for authorities to investigate the incident and ensure journalists’ safety.

On June 24, Michael Georg Link, director of the OSCE’s Office for Democratic Institutions and Human Rights, called on the Armenian authorities to respect the right to freedom of assembly and investigate the detentions of protestors.

In May 2015, the UN special rapporteur on the sale of children, child prostitution, and child pornography visited Armenia and noted gaps in awareness campaigns, detection, and reporting mechanisms for cases of abuse and violence against children.

In its March European Neighborhood Policy progress report, the European Union noted that “Armenia made limited progress on deep and sustainable democracy, human rights and fundamental freedoms,” and urged it to adopt a comprehensive anti-discrimination law, and ensure accountability for attacks and threats against human rights defenders.

PACE adopted a declaration in January on the failure of the Armenian authorities to condemn incitement of hatred against LGBT people and to call for implementation of a Committee of Ministers’ recommendation on combating discrimination.

Armenia underwent its second universal periodic review at the UN Human Rights Council in January, with the resulting recommendations calling on Armenia to strengthen children’s rights protections, adopt comprehensive anti-discrimination legislation, and end impunity for attacks against journalists and human rights defenders, among others.