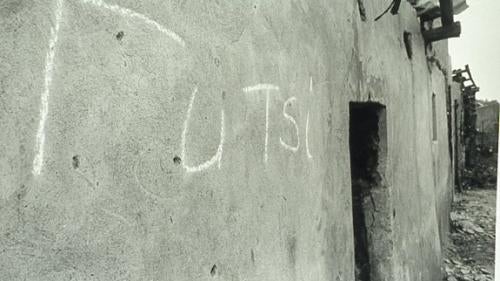 The 20th anniversary of the 1994 genocide was commemorated in ceremonies and other events across Rwanda, and in many other countries.

Progress in economic and social development remain impressive, but the government continues to impose severe restrictions on freedom of expression and association and does not tolerate dissent. Political space is extremely limited and independent civil society and media remain weak. Real or suspected opponents inside and outside the country continue to be targeted.

Detainees were held unlawfully for several weeks or months in police or military custody, in unrecognized detention centers. Dozens of people were reported disappeared. Some reappeared in prison after prolonged incommunicado detention, but others remain unaccounted for.

In December 2013, the Supreme Court increased from eight to fifteen years the prison sentence of Victoire Ingabire, president of the FDU-Inkingi opposition party, who had been convicted of conspiracy to undermine the government and genocide denial in 2012. Several other FDU-Inkingi members, including the party’s secretary general, Sylvain Sibomana, also remained in prison.

Bernard Ntaganda, leader of the PS-Imberakuri opposition party, was released in June after serving a four-year sentence for endangering national security and divisionism.

The Democratic Green Party of Rwanda, which was granted registration in 2013, joined the National Consultative Forum of Political Organizations in April. There were no arrests in connection with the murder of the party’s Vice President André Kagwa Rwisereka in July 2010.

On January 1, Patrick Karegeya, former head of Rwanda’s external intelligence services and a prominent government opponent exiled in South Africa, was found murdered in a hotel room in Johannesburg. South African authorities launched an investigation, which was ongoing at time of writing. Karegeya was a leading member of the Rwanda National Congress (RNC), an opposition group in exile. Other RNC members have also been attacked and threatened outside Rwanda. The Rwandan government denied any involvement in these attacks, but President Paul Kagame came close to publicly condoning Karegeya’s murder on January 12, 2014, when he said, among other things, “whoever betrays the country will pay the price.”

In August, a South African court convicted two Rwandans and two Tanzanians of the attempted murder of General Kayumba Nyamwasa—a former senior military official and leading RNC member—in South Africa in 2010, and sentenced them in September to eight years’ imprisonment. It acquitted two other Rwandan defendants. The judge stated that the attack was politically motivated and emanated from a group of people in Rwanda.

Independent civil society organizations remain extremely weak as a result of years of state intimidation and infiltration. The only remaining effective Rwandan human rights group, the Rwandan League for the Promotion and Defence of Human Rights (LIPRODHOR), took legal action in protest at a takeover of its leadership by members sympathetic to the government in 2013. The Rwanda Governance Board, the state body with oversight of national nongovernmental organizations, recognized the new leadership in 2013. After numerous adjournments, a court in Kigali ruled on procedural grounds in August 2014 that the case was unfounded. The ousted LIPRODHOR leaders have filed an appeal.

In September, two police officers were arrested in connection with the murder of anti-corruption activist Gustave Makonene. After initially denying the murder charges, both suspects pleaded guilty in pretrial hearings in October. The trial had not started at time of writing. Makonene, coordinator of Transparency International Rwanda’s Advice and Legal Advice Center in Rubavu, was found dead in July 2013.

In June the pro-government New Times newspaper published an “assessment” of Human Rights Watch’s work in Rwanda by the Ministry of Justice, which grossly misrepresented the organization’s work. Among other allegations, it accused Human Rights Watch of supporting the Democratic Forces for the Liberation of Rwanda (FDLR), a predominantly Rwandan armed group operating in eastern Congo, some of whose leaders participated in the 1994 genocide in Rwanda.

Media remained heavily dominated by pro-government views. Most journalists were unable or unwilling to engage in reporting on sensitive issues due to threats, intimidation, and prosecution in previous years. However, some radio stations occasionally broadcast call-in programs in which listeners can raise a broader range of issues and put questions to political leaders.

Agnès Uwimana, editor of Umurabyo newspaper, was released in June after serving four years in prison for endangering national security and defamation, in connection with articles published in the newspaper.

On October 24, the Rwanda Utilities Regulatory Authority (RURA) suspended the British Broadcasting Corporation’s (BBC) Kinyarwanda service's broadcasts in Rwanda. RURA said it had received complaints of incitement, hatred, divisionism, genocide denial and revision from members of the public after the October 1 BBC television documentary, “Rwanda’s Untold Story”, was broadcast. On November 19 a commission of inquiry, established by RURA and headed by former Prosecutor General Martin Ngoga, began investigations into these allegations against the BBC. It was expected to produce its report in three months.

Dozens of people were held unlawfully, incommunicado in the military Camp Kami and other detention centers, some for several weeks or months. Some were tortured and pressured to confess to alleged crimes or to incriminate others. Some of these detainees were later tried on security-related charges.

From March to time of writing, at least 30 people were reported missing, many in northwestern Rwanda. Some were arrested by state agents and taken to unknown destinations. After several weeks, some of the disappeared reappeared in police detention and were transferred to civilian prisons. Some were among a group of 16 people who appeared before a court in Rubavu in June, accused of endangering state security and collaborating with the FDLR. Government authorities did not acknowledge their unlawful detention or account for their whereabouts during the preceding period, failings which render their detentions enforced disappearances. In a speech on June 5, President Kagame said authorities would continue to arrest suspects and, if necessary, shoot in broad daylight those intending to destabilize the country.

Throughout the year, hundreds of men, women, and children—many of them street children, commercial sex workers, or street hawkers—were detained unlawfully, without charge or trial, in very poor conditions in an unrecognized detention center commonly known as Kwa Kabuga, in the Gikondo area of Kigali. Many were beaten by police, or by other detainees in the presence of police.

The trial of Joel Mutabazi, a former presidential bodyguard forcibly returned from Uganda to Rwanda in October 2013, and 15 co-accused began before a military court in Kigali in January. The defendants were charged with terrorism, murder, forming an armed group, and other offenses, linked to alleged collaboration with the RNC and the FDLR. Mutabazi and several co-defendants stated in court that they had been tortured and forced to sign statements. Mutabazi was found guilty of all charges and sentenced in October to life in prison. Thirteen defendants received sentences ranging from 3 months to 25 years. Two were acquitted.

Well-known singer Kizito Mihigo, journalist Cassien Ntamuhanga, and co-defendants Agnès Niyibizi and Jean-Paul Dukuzumuremyi were arrested in April and charged, among other things, with offenses against the state and complicity in terrorist acts for allegedly collaborating with the RNC and FDLR. Mihigo’s whereabouts were unknown for several days before he appeared in police custody. In November, he confessed to all the charges. Two of his co-defendants, Ntamuhanga and Dukuzumuremyi, pleaded not guilty. The trial was ongoing at time of writing and Niyibizi had not entered a plea.

In August, two senior military officers, retired Brig. Gen. Frank Rusagara and Col.Tom Byabagamba, were arrested and charged with, among other offenses, inciting insurrection and public disorder, and tarnishing the country’s image. The accusations are believed to be related to their alleged contacts with the RNC. They appeared in a military court alongside a third co-defendant, demobilized Sgt. François Kabayiza. They were awaiting trial at time of writing.

The International Criminal Tribunal for Rwanda was expected to conclude all proceedings by the end of 2014, with the exception of one appeal due to conclude in 2015. Nine suspects wanted by the ICTR continue to evade justice. The ICTR and the United Nations mechanism for international criminal tribunals launched a new initiative in July to track and arrest these remaining fugitives.

Genocide trials took place in the domestic courts of several countries under the principle of universal jurisdiction, and further cases were pending. In the first such prosecution in France, conducted by a newly established war crimes unit, a court in Paris tried former intelligence chief, Pascal Simbikangwa, and sentenced him in March to 25 years in prison for genocide and complicity in crimes against humanity. In February, a court in Germany sentenced former Rwandan mayor,  Onesphore Rwabukombe, to 14 years in prison for aiding and abetting genocide.

The UN special rapporteur on freedom of association and assembly, Maina Kiai, visited Rwanda in January and expressed concern about restrictions on nongovernmental organizations and political parties, among other issues. In his report to the UN Human Rights Council in June, he raised a number of concerns, including the prevailing opposition to vigorous debate and free expression of opinions, the government’s hostility toward peaceful initiatives by its critics and the existence of a legal framework that silences dissent. The Rwandan government refuted several of his findings.

In January, the United States Department of State publicly condemned the murder of Patrick Karegeya. It expressed concern about what appeared to be politically motivated murders of prominent Rwandan exiles and President Kagame’s statements about the “consequences” for those who betrayed Rwanda. In June, a US government press statement expressed concern about the arrest and disappearance of dozens of people and incommunicado detention for periods of up to two months.