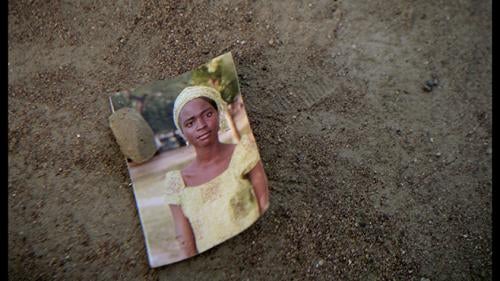 In a shocking display of its military power, Boko Haram seized and controlled territory in the beleaguered northeastern states of Borno, Yobe, and Adamawa. In responding to the Islamist group, government security forces were also implicated in grave violations of human rights and international humanitarian law in the treatment of Boko Haram suspects. Violence persisted, despite the imposition of a state of emergency in 2013 that was renewed in May. The conflict resulted in the death of over 2,500 civilians between January and August 2014, and the displacement of over 650,000 residents within Nigeria as well as more than 80,000 as refugees in neighboring countries.

Elsewhere in Nigeria, communal violence, fueled by competition for power and access to land between nomadic pastoralists and farming communities, killed more than 1,200 people in the north-central states in 2014. Security forces, including the police, engaged in human rights abuses including torture throughout the country.

Nigerian authorities made scant effort to investigate or prosecute those responsible for the violence. International actors, notably the United Kingdom, United States, and United Nations, frequently condemned the actions of Boko Haram, but their criticism of the abusive conduct of the Nigerian security forces has not resulted in meaningful change.

Boko Haram attacked and in some cases held more than 130 villages and towns, where it imposed its interpretation of Sharia law. Boko Haram combatants perpetrated killings, and razed and looted homes, businesses, schools, churches, markets, and health facilities in Borno, Yobe, and Adamawa states.

The violence extended to the cities of Kano, Jos, Kaduna, Gombe, Bauchi, Lagos, and Abuja, the federal capital territory, where multiple bombings—for which the insurgents claimed responsibility—killed over 410 people. Out of about 6,000 civilian deaths in Boko Haram attacks since 2009, more than 2,563 people were killed in 2014 alone.

Since 2009, Boko Haram has destroyed at least 211 schools in Borno alone, and abducted more than 500 women and girls from the northeast, of which at least over 100 either escaped, were rescued by security forces, or were released by insurgents. Some abductees suffered other abuses including sexual violence, forced marriage, and forced conversion.

In the largest abduction to date, the group captured 276 female students from a government-run secondary school in Chibok, Borno State; 219 of the schoolgirls remain in captivity. Male students were also targeted in Boko Haram’s attacks on schools: insurgents killed over 100 male students at government-owned schools in Buni Yadi and Potiskum, Yobe State, during attacks in February and November. Insurgents have also abducted and forcibly conscripted hundreds of young men and boys; those who resist conscription are executed.

Government security forces continued to respond to the Boko Haram violence in a heavy-handed manner, leading to serious human rights violations. Suspects are routinely abused, tortured, and held incommunicado in abusive detention conditions without charge or trial. The Joint Investigation Team, which military authorities commissioned in 2013, has recommended for trial 500 suspects out of 1,400 detainees in the northeast. Fewer than 50 suspects have faced trial.

During a Boko Haram attack in March on the Giwa military barrack and detention facility in Maiduguri, Borno state, security forces allegedly killed more than 600 detainees who fled during the attack. No member of the security forces has been brought to justice for these and previous violations of human rights, despite repeated pledges by the military to investigate them.

Local vigilante groups assisting Nigerian security forces to apprehend the militants and repel attacks were allegedly implicated in the recruitment and use of child soldiers, and ill-treatment and unlawful killing of Boko Haram suspects. Nigerian authorities were at time of writing investigating video footage that appeared to show the execution of unarmed men by soldiers, including some in uniform, and members of the vigilante groups who can be identified by uniforms supplied by the Borno state government.

Inter-communal violence, which has plagued the Middle Belt states of Plateau and Kaduna for years, extended to other states in northern Nigeria, including Benue, Nasarawa, Taraba, Katsina, and Zamfara.

Recurring violence in these states since 2010 has resulted in the death of more than 4,000 people and the displacement of more than 120,000 residents. The failure of federal and state authorities to investigate and prosecute crimes committed by all sides, including ethnic and economic groups in these five states, exacerbated the struggle for political power between ethnic groups and failed to resolve contested access to grazing land by both sedentary farmers and nomadic herdsmen.

Political violence between supporters of two major political parties in the build-up to the February 2015 general elections led to bloody clashes in Rivers State in early 2014. In September, the president of the Nigerian Senate said that 2015 elections could be postponed because the nation “was at war with Boko Haram.” The Independent National Electoral Commission, which supervises elections, had also suggested that it might be difficult to hold elections in the three states currently under emergency rule.

Endemic public sector corruption continued to undermine the enjoyment of social and economic rights in Nigeria. In February 2014, the government suspended then-Governor of the Central Bank of Nigeria Sanusi Lamido Sanusi, on allegations of financial impropriety. Sanusi had alleged large-scale corruption by the Nigeria National Petroleum Corporation, which the government has yet to investigate.

In May, President Goodluck Jonathan told journalists that allegations of corruption against members of his cabinet were politically motivated and that most acts were no more than “common stealing.”

The Economic and Financial Crimes Commission and its public sector counterpart, the Independent Corrupt Practices and Other Related Offences Commission, failed to effectively tackle high-level corruption and financial crimes in the country. Many of the arrests and prosecutions were against low-level officials, while allegations against highly placed politicians and the elite were not investigated.

The Same-Sex Marriage (Prohibition) Bill, which President Jonathan ratified in January 2014, took things to what an observer described as “absurd levels” as the new law criminalizes public displays of affection between same-sex couples and penalizes organizations advocating for the rights of LGBT people. The law could inhibit the right to health by criminalizing outreach to LGBT groups. The vaguely worded law contradicts Nigeria’s Constitution, as well as its obligations under regional and international human rights treaties. It has been roundly condemned by local and international human rights groups.

The Nigerian media is independent, strong, and free. However, it is not immune to intimidation and harassment for publishing materials that authorities deem to be uncomplimentary.

In June, security forces reacted to critical media reports about the military carrying out a campaign against several media houses, destroying newspapers and arresting at least two journalists. In July, a member of the federal House of Representatives introduced a bill to parliament designed to regulate foreign funding of civil society organizations. The bill mandates that voluntary organizations register with the Independent Corrupt Practices and Other Related Offences Commission and seek its approval within 60 days of accepting funds from international organizations. If passed into law, the bill would violate the right to freedom of association and assembly, guaranteed by the Nigerian Constitution and the African Charter on Human and Peoples’ Rights.

Under both domestic and international pressure in the wake of the massive media attention that followed the April Boko Haram abduction of hundreds of teenage schoolgirls, the Nigerian government requested assistance to combat the insurgency. The plea led to increased involvement by international actors and created an opportunity to exert pressure on the Nigerian government over its dismal human rights record.

At the London ministerial meeting on security in Nigeria in June, the United Kingdom outlined a substantial package of defense and development support to strengthen the capacity of the Nigerian military. The assistance includes provision of surveillance aircraft and the training of units to be deployed in counterinsurgency operations in the northeast.

At the August 2014 US-Africa Leaders’ Summit, US President Barak Obama announced the launch of the Security Governance Initiative, of which Nigeria will be an inaugural recipient. This initiative is geared to help improve the transparency, governance, and effectiveness of the security sector.

In September, the US government also announced plans to launch a major border-security program for Nigeria, Cameroon, Chad, and Niger under the Global Security Contingency Fund launched by President Obama during the US-Africa Leaders’ Summit. President Obama said that the US was committed to helping Nigeria address Boko Haram and urged Nigeria’s government to adopt a comprehensive approach to protect its citizens.

In November, the US government confirmed allegations by Nigeria authorities that it denied the sale of military helicopters to Nigeria partly due to concerns about the failure of the Nigerian military to protect civilians during military operations.

In July, the European Parliament passed a resolution condemning Boko Haram abuses and urging the Nigerian government to ensure that efforts to tackle the insurgent violence are carried out in accordance with its obligations under international law. The violence in the north generated considerable attention from the United Nations: in May, the Security Council added Boko Haram to the UN’s resolution 1267 [Al-Qaeda] sanctions list, which imposes an international asset freeze, travel ban, and arms embargo against the group. In May, the secretary-general’s report on children and armed conflict included Boko Haram for the first time on its “list of shame” as a party to conflict that “kills and maims children,” and “attacks schools and hospitals.”

Navi Pillay, then-UN high commissioner for human rights, during a visit to Nigeria in March, emphasized the importance of transparent investigations into alleged violations by security forces in the northeast.

The prosecutor of the International Criminal Court (ICC) visited Nigeria in February, during which she reiterated her office’s findings that Boko Haram is an armed group and the situation in northeast Nigeria is a non-international armed conflict. The situation in Nigeria has been under preliminary examination by the ICC since 2010.

In Africa, which is the center of its foreign policy, Nigeria is a member of the African Union Peace and Security Council. President Jonathan is a co-mediator of the ECOWAS efforts to resolve the conflict in Mali, and the country currently contributes troops to the UN Multidimensional Integrated Stabilization Mission in Mali.

Nigeria has engaged with the UN and its organs, especially in the maintenance of international peace and security. It has regularly participated in UN and African Union peacekeeping operations across the world. In February, Nigeria was re-elected as chair of the UN Special Committee on Peacekeeping Operations and currently holds the chair of the Security Council Committee concerning Guinea-Bissau and the Ad Hoc Working Group on Conflict Prevention and Resolution in Africa. In October, Nigeria was elected to serve as a member of the UN Human Rights Council from 2015-2017.

The country has been at the forefront of demands for expanding the UN Security Council and is a leading African contender for permanent membership in a reformed version of the council.