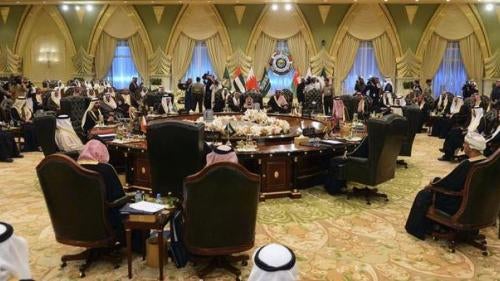 The government aggressively cracked down on free speech throughout 2014, using provisions in the constitution, the national security law, and other legislation to stifle political dissent. The authorities stripped 33 Kuwaitis of their nationality, including three who appeared to have been targeted because they represented opposition voices.

The authorities used several laws to prosecute at least 13 people in 2014 for criticizing the government or institutions in blogs or on Twitter, Facebook, or other social media. These included the constitution and penal code, laws on printing and publishing, public gatherings, and misuse of telephone communications, and the National Unity Law of 2013. Those accused faced charges such as harming the honor of another person; insulting the emir or other public figures or the judiciary; insulting religion; planning or participating in illegal gatherings; and misusing telephone communications. Other charges included harming state security, inciting the government’s overthrow, and harming Kuwait’s relations with other states. In 2014, courts convicted at least five of those charged, imposing prison sentences of up to five years and fines.

The government took sweeping new powers to block content, deny access to the Internet, and revoke service providers’ licenses without giving reasons under a new telecommunications law adopted in May. The law imposes severe penalties on people who create or send “immoral” messages, and gives unspecified authorities the power to suspend communication services on national security grounds. Any communication service provider that “contributes” to the dissemination of messages that violate these vague standards can be punished. The law provides no opportunity for judicial review.

The government adopted a new method to penalize some critics. Between July and September, it revoked the citizenship of 33 individuals, three apparently for political reasons. The revocation process allows no room for appeal or review.

On July 21, a week after it demanded that authorities take action against people engaged in “acts aiming to undermine the country’s security and stability, bringing harm to its institutions,” the cabinet stripped five Kuwaitis of their citizenship. One of the five, Ahmed Jabr al-Shammari, owned media outlets that had defied a government ban. He tried to appeal the decision but the Kuwaiti court ruled that it had no jurisdiction over citizenship revocations. On August 11, the government said it had revoked the citizenship of 10 more Kuwaitis, including Nabil al-Awadhi, a conservative cleric widely known for his TV talk shows. On September 29, a new round of revocations included Saad al-Ajmi, the spokesman for Musalam al-Barrak, a leading opposition politician.

The Law of Nationality, 15/1959, allows the authorities to revoke the citizenship of any Kuwaiti, and their dependants, and deport them under certain circumstances. For example the authorities can revoke a person’s citizenship if they consider it in the “best interest” of the state or its external security, or if they have evidence that the person concerned has promoted principles that undermine the country’s wellbeing. Citizenship can also be revoked if it was obtained fraudulently or if a court convicts a naturalized citizen of a crime related to honor or dishonesty within 15 years of becoming a Kuwaiti.

The government resorted to deportations to remove non-citizens of whom it disapproved. In June, authorities deported an Egyptian imam and his wife and children after he denounced the 2014 Egyptian presidential election in a sermon that he delivered in a Kuwait mosque. The authorities deported him and his family after the Religious Endowments Ministry issued regulations banning “interference in the domestic affairs of other countries” in sermons.

After an initial registration period for citizenship ended in 1960, authorities shifted Bidun citizenship claims to administrative committees that for decades have avoided resolving the claims. Authorities claim that many Bidun are “illegal residents” who deliberately destroyed evidence of another nationality in order to get the generous benefits that Kuwait provides to its citizens.

Members of the Bidun community frequently take to the streets to protest the government’s failure to address their citizenship claims, despite government warnings that Bidun should not gather in public. Article 12 of the 1979 Public Gatherings Law bars non-Kuwaitis from participating in public gatherings. At least seven were arrested for taking part in protests in 2014.

In March and April 2014, the Justice Ministry prohibited women, but not men, from applying for legal researcher posts until the two-year evaluation of the first group of women admitted in 2013 is completed. A legal researcher post allows women for the first time to become eligible, pending evaluation, for posts as prosecutors, enabling them thereafter to pursue careers as judges. In April 2014, a court struck down the Justice Ministry’s order and 21 women have now been admitted.

Women continue to face discrimination in many aspects of their lives, and large legal gaps remain in protections for women. Kuwait has no laws prohibiting domestic violence, sexual harassment, or marital rape. Legislation proposed in April to penalize sexual harassment had still to be debated by November 2014. Kuwaiti women married to non-Kuwaitis, unlike Kuwaiti men, cannot pass on their citizenship to their children or spouses. Kuwaiti law also prevents a woman marrying a partner of her choice without her father’s permission.

Recognizing the vulnerabilities of foreign migrant workers, particularly domestic workers who are excluded from the Labour Law or any other legal regime, in 2013 the authorities opened a shelter for domestic workers who flee abusive employers. Inadequate staffing prevented the shelter from becoming fully operational and providing in-house services. Designed to accommodate up to 700 people, the shelter had 210 women residing there in September 2014. The shelter accepts victims on referral from a foreign embassy or international organization. Victims are not able to leave the shelter unescorted if they want to return to the shelter.

Extremist militant groups Jabhat al-Nusra and the Islamic State, also known as ISIS, are responsible for systematic rights abuses, including the intentional targeting and abduction of civilians during military operations in Syria and Iraq in 2014. Media reports indicate that ISIS members have included Kuwaiti nationals, and that individual Kuwaitis have financed and supported ISIS and Jabhat al-Nusra military operations.

In August, Kuwait announced new measures to curb funding for extremists. These included banning all fundraising in mosques, requiring greater transparency from charities regarding the sources and destinations of their donations, and obtaining receipts.

On August 6, the US Treasury department sanctioned three Kuwaitis for funding extremist militant groups in Syria and Iraq, by freezing any US-based assets and banning US citizens from doing business with them.

The parliament debated whether Kuwait should become party to the 2012 Gulf Cooperation Council (GCC) joint security agreement in response to government pressure to ratify it. On April 3, the parliament’s foreign affairs committee rejected the agreement, with a majority asserting that it violates Kuwait’s constitution. The 20 provisions of GCC agreement could be used to suppress free expression and undermine privacy rights of citizens and residents.

The United States, in its 2014 US State Department annual Trafficking in Persons report, classified Kuwait as Tier 3—among the most problematic countries—for the eighth consecutive year. The report cited Kuwait’s failure to prosecute trafficking offenders using the 2013 anti-trafficking law or other laws that address trafficking crimes. It found that efforts to help abused workers were not accompanied by any enforcement activities against the employers from whom the workers had fled. It found also that Kuwaiti authorities failed to protect victims of trafficking.