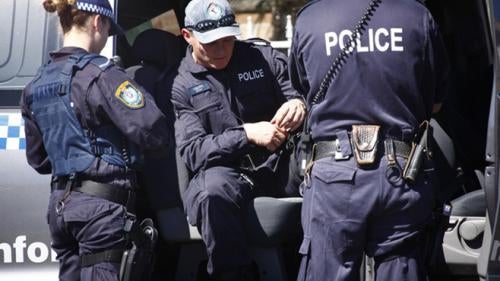 Australia has a solid record of protecting civil and political rights, with robust institutions and a vibrant press and civil society that act as a check on government power. The government’s failure to respect international standards protecting asylum seekers and refugees, however, continues to take a heavy human toll and undermines Australia’s ability to call for stronger human rights protections abroad. In 2014, Australia introduced new overbroad counterterrorism measures that would infringe on freedoms of expression and movement. The government has also done too little to address indigenous rights and disability rights.

To deter boat arrivals of unauthorized migrants, the government has continued its harsh policy of transferring all asylum seekers who arrive by boat to other countries for processing and resettlement. In 2014, the government concluded negotiations with Cambodia to accept refugees from Nauru for resettlement, ignoring concerns about safety and the lack of capacity of the Cambodian government.

As of October 31, 2014, 1,056 men were detained on Manus Island, Papua New Guinea, and 1,095 men, women, and children were detained on Nauru. At time of writing, only 10 of the Manus Island detainees had received final refugee status determinations. As of October 31, 2014, 261 of the Nauru detainees had been determined to be refugees and released into the community; 72 were denied refugee status.

The United Nations Refugee Agency (UNHCR) has criticized Australia’s offshore detention policy as “return-oriented.” The detention centers are overcrowded and dirty. Asylum claims are not processed in a fair, transparent, or expedient manner, with significant cost to detainees’ physical and mental health.

The government has offered cash payments of thousands of dollars to entice asylum seekers to return home.

In February 2014, the Australian Human Rights Commission launched a national inquiry into the approximately 1,000 children in immigration detention. Staff working at detention centers gave evidence that conditions were substandard, unsafe, and inappropriate.

As of October 31, 2014, 2,693 people were in immigration detention on Australian territory. About 50 refugees are being detained indefinitely based on adverse security assessments and many have been in detention for over four years. In May, the government passed the Migration Amendment Bill, further strengthening Australian Secret Intelligence Organization’s (ASIO) power to administer adverse security assessments through a secretive process that is not subject to judicial review.

Immigration authorities use “enhanced screening” techniques whereby immigration officials conduct cursory interviews to determine asylum claims. More than 3,500 asylum seekers, over 99 percent of whom are from Sri Lanka, have been screened under this procedure, with no access to legal representation or right to appeal. Of the Sri Lankan asylum seekers, 42 percent were screened out and 32 percent were screened in, but no outcome was given in the remainder of the cases.

In June 2014, Australian custom officials separately intercepted two vessels in the Indian Ocean carrying Sri Lankans bound for Australia. After cursory screening interviews at sea, customs officials handed over all 41 asylum seekers aboard the first vessel to the Sri Lankan navy who returned them to Sri Lanka.

The High Court issued an interim injunction to prevent the return of the second vessel. After almost a month of detention at sea and failed attempts to send the asylum seekers to India, the Immigration department eventually sent all 157 Sri Lankan Tamil asylum seekers to Nauru for processing.

The government controversially established an indigenous advisory council while defunding the Congress of Australia’s First Peoples. The government has taken some steps towards a possible referendum on changing the constitution to recognize indigenous Australians.

While some health and socioeconomic indicators are improving for indigenous Australians, they still on average live 10-12 years less than non-indigenous Australians, have an infant mortality rate almost two times higher, and continue to die at alarmingly high rates from treatable and preventable conditions such as diabetes and respiratory illnesses.

In April, the Australian Human Rights Commission found that inadequate safeguards and poor access to support services leave many people with disabilities without adequate legal or social protection when they come into contact with the criminal justice system.

Forty-five percent of people with disabilities live near or below the poverty line. People with disabilities are also disproportionately at risk of violence in the community and in institutional settings, and are more likely to be jailed. Some are deemed unfit to stand trial based on prejudicial assessments of their competency to give evidence and then indefinitely detained in prisons, psychiatric facilities, or other highly restrictive places of detention without appropriate review mechanisms.

In its 2014 Federal Budget, the government committed to fully funding the roll-out of the new National Disability Insurance Scheme but announced changes to the Disability Support Pension which will likely result in many people with disabilities being moved to significantly lower welfare payments. The government also effectively abolished the disability discrimination commissioner position at the Human Rights Commission, leaving people with disabilities without a full-time advocate.

In July 2014, the government revised its agreements with community legal centers to prohibit such centers from using federal funds for law reform or advocacy efforts.

In August, bowing to pressure from ethnic and community groups, the government dropped its proposed repeal of section 18C of the Racial Discrimination Act, which makes it unlawful for a person to commit an act that is likely to offend, insult, humiliate, or intimidate someone on the basis of race, color, or national or ethnic origin.

Also in August, the government announced the introduction of a range of new counterterrorism provisions in response to the threat of “home-grown terrorism.” The law introduces an overly broad new offense of “advocating terrorism” and extends use of control orders and preventative detention. It also makes it a criminal offense to travel to “declared areas” abroad unless the travel is for a legitimate reason, which overly restricts freedom of movement.

The government has also proposed additional measures that would force telecommunications companies to retain metadata for a period of two years so Australian intelligence organizations can access the data.

The National Security Legislation Amendment Act, passed in October 2014, grants Australian Security Intelligence Organization officials immunity from civil and criminal prosecution for acts committed in the course of security operations. The legislation also makes it an offense for intelligence staff or contractors to disclose information relating to “special intelligence operations.” Journalists who disclose information relating to a “special intelligence operation” face penalties of up to 10 years prison. The legislation does not provide any “public interest” exception to this offense.

Australia held a two-year rotating seat on the UN Security Council starting in 2013. In 2014, it used its seat to press for resolutions on Syria, call for the provision of humanitarian aid, and call for unfettered access to the MH17 Malaysian Air crash site in Ukraine.

In January 2014, the government announced that it was cutting its foreign aid budget by more than $A600 million (US$526 million). Its foreign aid priorities are the Asia-Pacific Region, economic empowerment, and private sector partnerships. Indonesia and Papua New Guinea remain the top two aid recipients.

The government held closed-door human rights dialogues with China and Vietnam in 2014 but failed to back up these dialogues with public statements on rights in high-level visits.

Besides trade and security, a large driver of the Australian government’s foreign policy is its single-minded focus on ensuring that all asylum seekers or refugees are processed at offshore facilities. The government has muted its criticism of authoritarian governments in Sri Lanka and Cambodia in recent years, apparently in hopes of winning the support of such governments for its refugee policies.

In March 2014, the UN Human Rights Council in Geneva voted overwhelmingly in favor of a resolution establishing an international inquiry into human rights abuses in Sri Lanka. Australia did not co-sponsor the resolution as it had done in previous years. Instead, Foreign Minister Julie Bishop said that she was not convinced that a resolution calling for “a separate, internationally-led investigation without the cooperation of the Sri Lankan government is the best way forward” and that the resolution did not adequately recognize the “significant progress taken by the Sri Lankan government to promote economic growth.” Australia is bidding for a seat on the Human Rights Council in 2018.