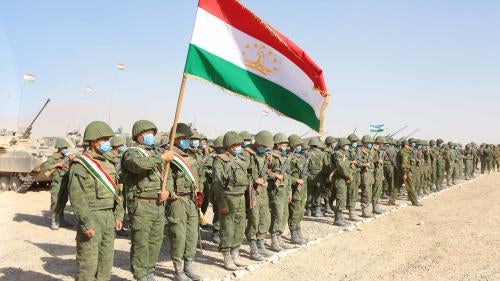 Tajikistan’s human rights record continued to deteriorate amid an ongoing crackdown on freedom of expression and the political opposition, as well as targeting of independent lawyers, journalists, and family members of opposition activists abroad. The government blocked access to websites that post information critical of the government and harassed human rights groups.

Freedom of religion and belief is severely limited. Lesbian, gay, bisexual, and transgender (LGBT) people are subjected to wide-ranging discrimination and societal antipathy. Domestic violence continued to be a serious problem. Significant legislative gaps, lack of accountability for family violence, and authorities’ inadequate response deter women from seeking help and support. Following the Taliban takeover in Afghanistan, Tajikistan received thousands of refugees, with many more gathering at the border. In January, President Emomali Rahmon declared the country coronavirus-free, allowing re-opening of schools and mosques, However, as the number of cases soared in June, authorities re-introduced some social distancing measures.

Many civil society groups conducting community and humanitarian work experienced a renewed sense of purpose helping people through the Covid-19 pandemic, in response to what they saw as poor government response. Although the government initially opposed such activism, it eventually accepted and even supported this work.

Tajik prisons remain ill-equipped and overcrowded, with prisoners routinely facing ill-treatment. In February, the Ministry of Justice approved plans to implement a strategy for penal system reform. In July, some 1,700 prisoners, including Rakhmatullo Radjab, member of the banned Islamic Renaissance Party of Tajikistan, were transferred from the Dushanbe prison to a newly constructed prison in Vakhdat, with reportedly better conditions.

In September, more than 650 prisoners were released under the country-wide amnesty granted mostly to women, people under the age of 18 or over 55, and people with disabilities. Some 10,000 additional prisoners will be released in 2021. However, the amnesty will not affect political prisoners.

In June, three police officers were sentenced to lengthy jail terms for using torture to extract a false confession in a murder case in 2017. They beat and used electricity on Hasan Yodgorov, who served six months before being released after the real murderer was caught.

In April, 80-year-old Doniyor Nabiev, sentenced in December 2020 to seven years on charges of “organizing activities of an extremist organization” was released on amnesty due to his old age and poor health. Prior to his detention and imprisonment, Nabiev helped families of imprisoned members of the banned Islamic Renaissance Party of Tajikistan.

Physical and sexual violence against women by police officers in detention centers is also widespread. In 2019, Tajikistan’s Civil Society Coalition Against Torture documented that while N.B., a 24-year-old woman, was in detention for two days accused of theft, Vakhsh district police officers physically and verbally abused her, injected her with a shot that paralyzed her limbs, and raped her. To date, none of the police officers have been charged, as N.B.’s official complaint remains under consideration.

Harassment of Critics and Dissidents

In 2021, Tajikistan continued to harass and imprison government critics, opposition, and foreign-based dissidents and their family members within the country.

In June, the Khujand city court sentenced former member of the banned Islamic Renaissance Party of Tajikistan, Mirzo Hojimuhammad, also known as Mirzoqul Hojimatov, to five years in prison for “membership in a banned extremist organization.” Hojimuhammad had lived in Russia since 2019, having quit IRPT in 2015, and upon his return to Tajikistan in February was banned from leaving the country. He was arrested in May.

In March, migrant workers’ rights defender, Izzat Amon, who has been critical of the Tajik government on social media, was abducted in Moscow and forcibly returned to Tajikistan. Amon worked for Tojikon, the Moscow-based legal center for Tajik migrants. Amon’s whereabouts were unknown for two days until the Tajikistan Ministry of Interior said that he was in pretrial detention on alleged fraud charges. In a September court hearing the state prosecutor requested nine years’ imprisonment.

In August, Tajik authorities opened a criminal investigation against Khuseyn Ishankulov, one of Amon’s now former colleagues at the Tojikon, on charges of “public calls for extremist activities,” allegedly for urging Amon’s supporters to call for his release on social media.

Under the pretext of protecting national security, Tajikistan’s state telecommunications agency regularly blocks websites that carry information potentially critical of the government, including Facebook, Radio Ozodi, the website of Radio Free Europe’s Tajik service, and opposition websites. Journalists and bloggers are prosecuted for their critical opinions posted on social media, based on 2017 legal amendments allowing security services to monitor individuals’ online activities, including by keeping records of mobile messages and comments.

In June, lawyer Abdulmajid Rizoev was sentenced to five years and six months’ imprisonment for “public calls for extremist activities using mass media or Internet” under Article 307 of the criminal code. Rizoev was detained in November 2020 and the first hearing on his case was in February 2021, when the state prosecution declared his posts and reposts on Facebook to be of “extremist” nature. The publications questioned participation rates in the 2020 parliamentary elections and quoted classics of Tajik literature about wise and unwise governments.

In September, journalist and activist of the banned Islamic Renaissance Party of Tajikistan, Hikmatullo Sayfullzoda, sentenced to 16 years in prison in 2015, was attacked in the prison hospital. Earlier this year, Reporters Without Borders had called on Tajik authorities to release Sayfullzoda under the amnesty, due to fears for his safety in prison.

As of October, Radio Ozodi reported that eight longstanding accreditation requests for its journalists were still awaiting a decision by the Foreign Ministry, and several staff members received accreditation only for several months, contrary to the terms of Tajik legislation on media accreditation. Tajik security officers continue to intimidate Ozodi journalists at their workplaces and in their homes with threats of severe consequences should they continue working at the service.

The Tajik government severely curtails freedom of religion or belief, proscribing certain forms of dress, including the hijab for women and long beards for men. Salafism, a fundamentalist strand of Islam, has been officially banned in Tajikistan since 2011 and authorities regularly arrest individuals for alleged membership in Salafi groups.

In June, a closed-door trial of 18 suspected members of the Salafi movement began, with scant information made public about the defendants or the charges they faced. The suspects—all residents of the Bobojon Ghafurov district in northern Tajikistan—were arrested in a police raid in February. The defendants deny having links with the Salafi movement or any other religious extremist group, their relatives said. They accused police of torturing the detainees to obtain confessions. In July, 14 of the 18 defendants were sentenced to five and five-and-a-half years in prison. The remaining four were convicted of not reporting a crime and sentenced to one year in prison.

In October, the Tajik parliament started consideration of amendments to the criminal code on tightening penalties for illegal religious education, including online education, with imprisonment of up to three years. Previously this was punishable with an administrative fine of up to 72,000 somoni (approximately US$6,000) or a prison term of up to three years for a repeat offence.

Conflict at the Kyrgyzstan-Tajikistan Border

A two-day border conflict between Kyrgyzstan and Tajikistan in late April—the worst in Central Asia in decades—killed over 40 people, most of them civilians, and injured hundreds. The conflict began over control of a crucial water-intake facility that diverts to Kyrgyzstan a small part of a river that flows naturally into Tajikistan, in line with a water-sharing protocol.

About 58,000 people in Kyrgyzstan and Tajikistan fled their homes or were evacuated. Dozens of houses and at least three schools were damaged or destroyed. The two countries quickly called a ceasefire and committed to rebuilding houses damaged during the conflict in their respective territories. As of September, three nationals of Kyrgyzstan, ethnic Tajiks, and two nationals of Tajikistan were on trial in Kyrgyzstan for looting private property during the conflict.

There were no reports of an impartial investigation by Tajikistan into whether its military violated the laws of war during the conflict. However, the Tajik prosecutor general has initiated a criminal investigation into the Kyrgyz military attack on the Chorkukh community in Sughd region that borders Kyrgyzstan. Some small-scale conflicts between villagers in the border areas have been reported since the conflict.

Domestic violence in Tajikistan is prevalent. The 2013 law on the prevention of violence in the family, while offering some protection to survivors, does not criminalize domestic violence or marital rape, and remains poorly implemented. Survivors lack adequate support and protection and have little recourse to justice. Social stigma, economic dependencies, impunity for perpetrators, lack of accessibility in protection measures for women with disabilities, including shelters, and insufficient number of shelters pose serious barriers for survivors’ access to help, especially in rural areas.

Service providers lack specialized victim-focused training and regularly face lack of funding. Police fail to pursue investigations, to enforce protection orders, or to arrest people who commit domestic violence. In the first eight months of the year, one of the only three shelters for victims of domestic violence conducted as many consultations as it had during all of 2020.

Crisis in Afghanistan and Refugees

Following the Taliban takeover of Afghanistan in August 2021, the Tajik government announced it would seek to protect the rights of ethnic Tajiks, the second largest ethnic group, in Afghanistan.

An estimated 10,000 Afghans have fled in recent years to Tajikistan, which shares more than 1,400 kilometers of border with Afghanistan. Refugee camps have been established in the Khatlon region of Tajikistan with a capacity to accommodate 5,000 refugees. The camps are supported with funding from the European Union. According to the United Nations Refugee Agency, up to 50,000 refugees could be registered in Tajikistan after the total withdrawal of allied troops from Afghanistan by the end of 2021.

In February, during its Cooperation Council with Tajikistan, the EU pressed Tajikistan to improve its track record on human rights and fundamental freedoms. However, EU High Representative Josep Borrell, following his meeting with President Rahmon in Brussels in October, did not raise any human rights issues.

In May, after the escalation of border conflict between Kyrgyzstan and Tajikistan, the European Union, Organization for Security and Co-operation in Europe (OSCE), and the UN all offered their assistance in resolving the conflict and responding to the immediate consequences for the livelihoods of people on both sides of the border.

Following the Taliban takeover of Kabul in August, Tajikistan’s international partners have stepped up engagement on security cooperation and refugee management with the government. In September, the EU provided Tajikistan €160,000 (around $180,000) in humanitarian aid to assist most vulnerable Afghan refugees. In September, members of the Collective Security Treaty Organization (CSTO) signed an agreement at a summit in Tajikistan to strengthen the Tajik-Afghan border.

At the UN Universal Periodic Review of Tajikistan in November several states made recommendations for Tajikistan to allow political opposition groups to operate, release political prisoners, end the use of torture, respect freedom of expression and take steps to end domestic violence against women and girls, as well as adopt comprehensive anti-discrimination legislation that would protect LGBT people, among others.