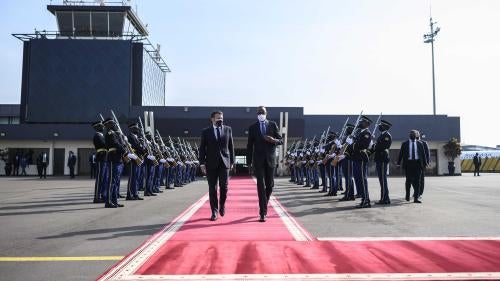 The ruling Rwandan Patriotic Front (RPF) continued to stifle dissenting and critical voices and to target those perceived as a threat to the government and their family members. The space for political opposition, civil society, and media remained closed. Several high-profile critics, including opposition members and commentators using social media or YouTube to express themselves, went missing, were arrested or threatened. Arbitrary detention, ill-treatment, and torture in official and unofficial detention facilities was commonplace, and fair trial standards were routinely flouted in cases deemed sensitive. There were credible reports of arbitrary detention and mistreatment of people accused of “deviant behaviors,” including street children, sex workers and petty vendors.

The political and civic space in Rwanda remain closed. Christopher Kayumba, the former editor of The Chronicles newspaper, established a new political party, the Rwandese Platform for Democracy (RDP), in March. This followed the publication of an open letter in which Kayumba criticized President Paul Kagame’s handling of the Covid-19 crisis, its impact on the population, and denounced the existence of “safe houses,” where detainees are routinely held illegally and tortured. Shortly afterwards, allegations of rape and “sexual misconduct” were brought against him, and he was arrested in September. He began a hunger strike a few days after his arrest to protest the “politically-motivated” charges and had to be transferred to hospital for treatment. He was transferred to Nyarugenge prison in Kigali after his bail application was denied in October.

Other political opposition figures, such as Victoire Ingabire, continued to face obstruction in their work, including threats and harassment by authorities. Authorities detained 10 people around “Ingabire Day,” an event scheduled for October 14 and organized by the unregistered opposition Dalfa-Umurinzi party to discuss, among other things, political repression in Rwanda. At the time of writing, seven party members, and a YouTube blogger were charged with several offenses including “spreading rumors”, “spreading false information with intent to create a hostile international opinion against the Rwandan state,” and “causing uprising or unrest among the population.”

The September conviction and 25-year sentence of critic and political opponent Paul Rusesabagina on charges including murder and membership in a terrorist group after a flawed trial was emblematic of the government’s overreach and manipulation of the justice system. Rusesabagina was forcibly disappeared and unlawfully returned to Rwanda in August 2020. His trial was marred with fair trial and due process rights violations.

YouTube continued to be a contested space for free speech in Rwanda. In recent years, frustrated by the absence of critical debate in the media, some Rwandan bloggers and commentators have taken to the platform to publish videos on sensitive issues and discuss current matters. Such matters include evictions from poor neighborhoods of the capital Kigali, the strict lockdowns imposed in response to Covid-19, or the 1994 genocide commemorations.

On February 9, Innocent Bahati, a 31-year-old singer and poet, was reported missing to the Rwanda Investigation Bureau (RIB), two days after he was last seen in Nyanza, Southern Province. His poems, which he recited in videos posted on YouTube, focused on social issues such as growing poverty or criticism of the lockdown and its impact. Although the RIB spokesperson told the media an investigation into his whereabouts was ongoing, findings were never published and Bahati’s whereabouts remain unknown.

Online commentators such as Yvonne Idamange and Aimable Karasira also used their videos to discuss the 1994 genocide, crimes committed by the ruling RPF in its aftermath, and the government’s commemorations of the killings. On September 30, Idamange, a Tutsi genocide survivor who accused the government of monetizing the genocide and called for a protest, was found guilty of inciting violence and public uprising, denigrating genocide artefacts, and spreading rumors and violent assault, among other charges. Her trial was held behind closed doors and she was handed a 15-year sentence.

On May 31, Karasira was arrested on charges including denying and justifying the genocide and instigating divisions. For several months, he had repeatedly been harassed and summoned by Rwandan authorities for posting critical videos on YouTube speaking about his family’s history and the genocide. He spoke out about killings by RPF soldiers in the aftermath of the genocide.

Dieudonné Niyonsenga, known as “Cyuma Hassan,” the owner of Ishema TV, and his driver Fidèle Komezusenge, were arrested in April 2020 after reporting on the impact of the Covid-19 guidelines on vulnerable populations, and were accused of forgery, impersonating journalists, and hindering public works. Both were acquitted on March 12, 2021, after spending almost a year in detention. The prosecution appealed the verdict and Niyonsenga was rearrested on November 11, after the High Court in Kigali reversed his acquittal.

After his March release, Niyonsenga described in interviews on YouTube how the authorities held him in multiple unknown locations, where he was threatened and told to confess to working with an exiled opposition party that has reported ties to armed groups.

Bloggers and other YouTube commentators have said they were threatened or offered bribes to broadcast information that bolsters the government’s line.

Rwanda’s government and those operating on its behalf continued to exert pressure on Rwandan refugee and diaspora communities, as far afield as Australia and Canada. Refugees who are known critics of the government have been threatened and harassed. In Africa, Human Rights Watch has documented and received credible reports of Rwandan refugees and asylum seekers being forcibly disappeared and returned to Rwanda, or killed.

Cassien Ntamuhanga, a Rwandan asylum seeker in Mozambique and founder of an opposition movement, was taken into custody by Mozambican police on May 23, in the presence of a suspected Kinyarwanda-speaker. He has not been seen since. Ntamuhanga was convicted in Rwanda after a highly politicized trial, alongside the singer and activist Kizito Mihigo, in February 2015. Rwanda’s military intervention in Mozambique’s devasted Cabo Delgado area, announced in July, raised concerns for the safety of Rwandan refugees and asylum seekers. Révocat Karemangingo, a former army officer in Rwanda, was shot dead in Maputo in September. The circumstances around his death are unclear. Other Rwandans in Mozambique reported being threatened.

In July, Amnesty International and Forbidden Stories reported that more than 3,500 activists, journalists, and politicians—both inside and outside Rwanda—were potential targets of the Rwanda authorities’ use of NSO Group’s Pegasus spyware. According to forensic analysis of her phone, they found that the spyware was used to infect the phone of Carine Kanimba, the daughter of Rusesabagina, living in Belgium. The list obtained by the group also reportedly contained Ntamuhanga’s name and phone number, although it is not clear if his phone was infected.

Rwanda is one of a few countries in East Africa that does not criminalize consensual same-sex relations, and the government’s policies are generally seen as progressive. However, in practice, lesbian, gay, bisexual, and transgender (LGBT) people have reported facing stigma. In 2021, Human Rights Watch documented how the authorities arbitrarily detained nine transgender or gay people at Gikondo transit center, in Kigali.

Several said the police or local security officers detained them after members of the public reported seeing them with their partners and other LGBT people, or wearing women’s clothing if they were perceived not to be female. At Gikondo, police officers or guards accused them of being homeless, thieves, or delinquents and held them in a room reserved for “delinquent” men.

According to the World Bank, the Rwandan economy was one of the most affected by the pandemic in sub-Saharan Africa due to the government’s failure to protect the right to an adequate standard of living through enhanced social protection as it imposed stringent lockdown measures, which “dramatically increase[ed] poverty.” This particularly affected people in urban areas, children, and women. The police arbitrarily detained tens of thousands of people accused of violating public health measures, without legal grounds or due process, holding them in stadiums. The government perceives criticism of its response as particularly sensitive. Several people who publicly criticized the government’s response to the pandemic and spoke about its impact on Rwanda’s poorer population have been arrested and prosecuted.

The authorities continued throughout 2021 to operate Gikondo transit center, a facility where poor and marginalized people are arbitrarily detained and regularly beaten, often in crowded conditions. However, they failed to put in place measures to protect detainees from Covid-19.

School closures due to the Covid-19 pandemic affected 3.5 million children. After the pandemic’s start in 2020, schools were closed or partially closed for 360 days, including several weeks in January and February 2021.

Twenty-seven years after the 1994 genocide, a significant number of people responsible for the genocide, including former high-level government officials and other key figures, have been brought to justice.

On September 25, Malian officials announced the death of Théoneste Bagosora, a former Rwandan army colonel convicted of masterminding killings during the 1994 genocide. Bagosora, 80, was serving a 35-year sentence after being found guilty of crimes against humanity by the then International Criminal Tribunal for Rwanda (ICTR).

In recent years, the Rwandan government has requested or signed extradition treaties with dozens of countries in an attempt to have remaining genocide suspects returned for trial in Rwanda, although there are persistent concerns about failure to uphold fair trial standards in domestic atrocity trials. In July, Venant Rutunga, 72, was extradited from the Netherlands to Rwanda, to stand trial on three charges, including playing a role in the genocide, complicity in killing, and crimes against humanity, according to Rwanda’s National Public Prosecution Authority.

In April, Beatrice Munyenyezi was deported by the United States after serving a prison term for lying on her naturalization application, and arrested upon arrival in Rwanda. She faces seven charges related to the 1994 genocide, including rape.

The Commonwealth Heads of Government Meeting, scheduled to take place in Kigali in June 2020 and rescheduled for June 2021, was postponed again due to the pandemic. Poor and marginalized people were detained at Gikondo transit center in the lead up to June 2021 and detainees said the police told them they did not want them on the streets during the event.

After decades of tense relations between France and Rwanda, in March, a commission established by President Emmanuel Macron to investigate France’s role in the 1994 killings published a 1,200-page report concluding that France has responsibilities it characterized as “serious and overwhelming,” including for being blind to the preparation of the genocide and being slow to break with the government orchestrating it. A report commissioned by the Rwandan government concluded in April that the French government “bears significant responsibility for enabling a foreseeable genocide.”