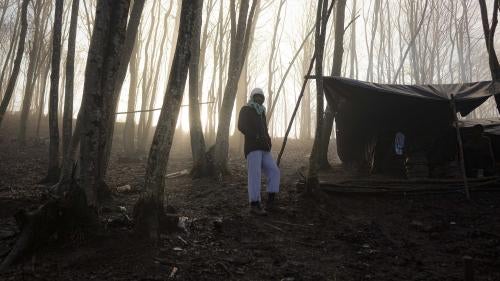 In December 2020, the first local elections in 12 years were held in Mostard. Due to disagreements about election law among the main ethnic parties, voters last had the chance to elect the city government in 2008. Additional disagreements between the main parties meant it took two additional months and a joint intervention by diplomats before the city council elected a new mayor.

In March 2021, the Council of Europe Committee of Ministers criticized the 11-year failure of political leaders in BiH to implement a European Court of Human Rights ruling to amend the constitution and election laws to end political discrimination against Jews, Roma, and others.

In April, the Roma Information Center, Kali Sara, reported that Roma were especially impacted during the Covid-19 pandemic because about 35-40 percent had no insurance needed to access health care. In the 2020/21 school year, Roma, people living in poverty, and children with disabilities experienced greater obstacles in accessing online education due to lack of devices, reliable internet, and special assistance.

A June European Parliament resolution called on the government to adopt a deinstitutionalization strategy for people with disabilities and condemned a law allowing them to be deprived of their legal capacity, or the right to make decisions for themselves.

In July, the Constitutional Court of BiH found the practice of “two schools under one roof” discriminates against children because it physically segregates children at school based on ethnicity.

The Organization for Security and Co-operation in Europe (OSCE) recorded 98 hate crimes between January and August 2021, mainly based on ethnicity or religion. At time of writing, there were seven ongoing trials against perpetrators.

The Revised National War Crimes Processing Strategy adopted in 2020 called for the most serious war crimes to be processed by the end of 2023. However, in 2021, the OSCE documented a decline in the number of prosecuted cases generally. In the first six months of 2021, the state prosecutor indicted only two people for war crimes, one of whom was already in prison.

As of August, 250 war crimes cases involving 502 defendants were pending before courts in BiH, according to the OSCE. A lack of willingness in the region to extradite those on war crimes charges means that 80 of the defendants outside of BiH cannot be brought to trial.

There are currently 57 pending cases against 125 defendants involving allegations of conflict-related sexual violence. In the first six months of 2021, first instance judgments were rendered in 4 cases against 8 defendants, of whom 3 were convicted, and 1 final judgment was rendered with 1 defendant convicted before Court of BiH.

The Bosnian state failed again to financially compensate a woman raped in the war as recommended by the UN Committee Against Torture (CAT) in 2019.

The same month, in a press release by the United Nations High Commissioner for Human Rights and the UN special adviser on prevention of genocide, the special adviser warned against increasing glorification of convicted war criminals in Bosnia.

The Service for Foreigner’s Affairs between January and August registered 10,075 irregular arrivals with 9,057 persons expressing an intention to apply for asylum; a slight decrease compared to the same period in 2020.

According to the UN Refugee Agency (UNHCR), in the first half of 2021, 67 persons submitted asylum applications and 31 were issued decisions, with 1 granted refugee status, and 4 subsidiary protection. Average processing time nearly doubled since 2018, from 223 to 419 days in 2021. According to UNHCR, this has led many people to abandon the process before a decision is issued.

Five state-operated reception centers are mostly overcrowded and around 1,500 migrants had to be accommodated elsewhere. Routine violent pushbacks into Bosnia by Croatian police exacerbate the poor situation for migrants, who often depend on civil society for medical care and basic needs.

Hostility against migrants was amplified during the local elections with some mayoral candidates in border towns running on an anti-migrant and refugee platform. People working on migration issues faced attacks and threats.

After delays and criticism by the EU Delegation in Bosnia, the Federation of BiH entity adopted a draft law on protection from domestic violence. The draft was sent for a 60-day public discussion at the time of writing.

Ombudswoman Jasminka Dzumhur stated in March 2021 that criminal legislation in Bosnia does not align with obligations to combat gender-based violence in the Convention on Preventing and Combating Violence against Women and Domestic Violence, known as Istanbul Convention, which Bosnia ratified in 2013.

Research published in June by the Sarajevo Open Center, an LGBTI and women’s rights group, found that lesbian, gay, bisexual, transgender and intersex people face discrimination in education, employment, and housing. According to the Ombuds Office report in May, there has not been much concrete progress in ensuring equality for people in same-sex partnerships.

The third Sarajevo Pride march went without incident despite an anti-LGBT protest on the same day. In 2021, local cantonal government provided over US$15,000 for security during the event, a cost march organizers previously had to cover.

Between January and September 2021, the Sarajevo Open Center recorded seven hate incidents against LGBTI people, two of which were physical attacks.

According to information provided to Human Rights Watch by the journalists’ association BH Novinari, between January and July 2021, there were 42 threats against journalists, of which one was a physical attack. BH Novinari recorded several complaints from journalists against police and officials in Lipa migrant camp including threats, improper denial of access and forcing journalists to delete recorded material. An employee of the Ministry for Human Rights and Refugees was disciplined for threatening a journalist.

A September survey by BH Novinari involving 440 media professionals showed that in the last three years, over 40 percent of respondents indicated they had been subject to threats and intimidation, in most cases by politicians and public officials.

Following smears against journalist Tanja Topic by the Chairman of the BiH Presidency Milorad Dodik in May 2021, diplomats in Bosnia called on public officials to refrain from threats and misogynistic comments against media professionals.

BH Novinari registered increased gender-based violence against women in the media, with 70 incidents over five years, including death threats, verbal and physical threats, and discrimination at work.