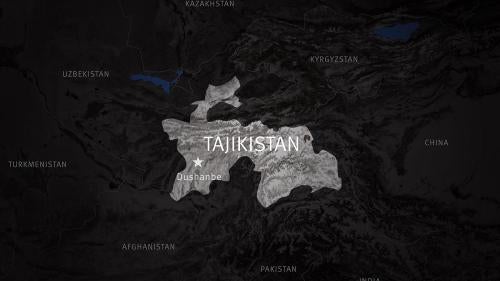 Well over 150 political activists, including a number of lawyers and journalists, remain unjustly jailed, and the relatives of dissidents who peacefully criticize the government from outside the country are subjected to violent retaliation orchestrated by authorities, including arbitrary detention, threats of rape, confiscation of passports and property, and vigilante justice at the hands of sometimes-violent mobs.

Torture remains a serious concern. Since 2016, the Coalition against Torture, a collection of Tajik rights groups, has reported at least 90 instances of torture or ill-treatment in detention. Although a law on domestic violence has been in place since 2013, legal protections for victims remain insufficient and impunity for perpetrators of domestic violence continues as the norm.

Harassment of Dissidents and Dissidents’ Families

Since mid-September 2015, following the forced closure of Tajikistan’s leading opposition party, the Islamic Renaissance Party of Tajikistan (IRPT), authorities have subjected party members and their relatives to arbitrary detention and imprisonment, in addition to persons associated with the opposition movement Group 24 and other critical groups. Authorities regularly harass relatives of critics living abroad.

In December 2016, prison officials tortured imprisoned IRPT activist Rahmatulloi Rajab in retaliation for the critical journalistic work of his son Shukhrati Rahmatullo. Rajab was sentenced to 28 years in prison in June 2016, alongside at least 12 other high-ranking IRPT officials.

The same month, Tajik security officials harassed the relatives of several peaceful protestors, including Vaisiddin Odinaev, who were demonstrating in Prague during President Rahmon’s official visit with Czech president Milos Zeman. A few days after the demonstrations in Prague, security service officers in Tajikistan forcibly took Odinaev’s 75-year-old grandfather to the Shahrinav district police station and interrogated him for five hours.

SAFAR KABIROV
In September 2017, Tajik security services detained and tortured Safar Kabirov, in an effort to deter his son...

In September 2017, Tajik security services detained and tortured Safar Kabirov, in an effort to deter his son, Poland-based opposition activist Muhamadjon Kabirov, from participating in an annual human rights conference of the Organization for Security and Cooperation in Europe (OSCE). Officers wrapped Kabirov’s hands in chains and forced him to call his son and beg him not to participate in an “anti-government protest.” Muhamadjon ultimately participated in the human rights conference despite the pressure on his family. Kabirov’s detention was one of several other simultaneous incidents whereby authorities detained and intimidated the parents and other relatives of activists to stop their peaceful activities, including by threatening further violence, confiscating property, and banning any travel outside the country.

“As a peaceful Tajik activist outside the country I have watched how my colleagues inside Tajikistan have been crushed by the government, thrown into jail for long prison terms. But even outside the country, I am unable to exercise my right to free expression and assembly because of authorities’ threats to my loved ones in Tajikistan. Tajik authorities do not tolerate criticism of any kind. Due to my participation in a human rights conference in September 2017, authorities detained my father, tortured him while his hands were wrapped in chains, and threatened him with long-term imprisonment if I do not agree to stop my human rights activities. When will the countries lending support to this repression decide that enough is enough?”

Also in December 2016, authorities confiscated the passports of the mother, daughter, and several relatives of Shabnam Khudoydodova, an independent activist living in Warsaw. Since late 2016, every few months following Khudoydodova’s participation in the 2016 Organization for Security and Co-operation in Europe Human Dimension Implementation Meeting (OSCE/HDIM), a human rights conference, authorities have regularly threatened and harassed Khudoydodova’s relatives in Kulob.

Their intimidation includes visiting their home to remind them they are under surveillance and threatening that if Khudoydodova’s mother attempts to leave the country with Khudoydodova’s 10-year-old daughter authorities will “shave her bald” and place her in a state orphanage. Following the intervention of local human rights defenders, authorities returned the passports only in November 2017, holding them for almost a year.

In January 2017, Said Ziyoyev, a resident of the Qubodiyon district in Khatlon province, was sentenced to seven years in jail for participating in a Group 24 meeting in the Russian city of Yekaterinburg in November 2014.

In July, security service officers in seven cities across Tajikistan arbitrarily detained and interrogated the relatives of at least ten peaceful activists who, earlier that month, had attended a conference in Dortmund, Germany commemorating the signing of the peace accords that formally ended Tajikistan’s civil war. Authorities retaliated against the activists’ relatives, publicly shaming them for their family members’ activism.

One of the opposition activists was Jamshed Yorov, Germany-based lawyer and brother of jailed human rights lawyer Buzurgmehr Yorov. Tajik authorities visited his family home in Tajikistan and informed Jamshed’s wife, Dilbar Zuhurova, that she and her children would be imprisoned if they tried to leave the country. Officers also pressured Zuhurova to divorce Yorov, and threatened to rape Zuhurova’s 15-year-old daughter.

Imprisonment and Harassment of Lawyers

In May 2017, authorities barred Fayzinisso Vohidova from leaving the country and threatened her with a criminal case. Before the ban, Vohidova had publicly criticized the imprisonment of Makhkamov and Yorov.

In October 2016, the government jailed Nurridin Makhkamov and Buzurgmehr Yorov on politically motivated charges, to 21 and 23 years’ imprisonment, respectively. In 2017, in two additional trials, authorities extended Yorov’s prison sentence by two years for insulting a government official, and again for citing a stanza of the 11th century Persian poet Omar Khayyam, during his own trial.

At time of writing, prosecutors were seeking Yorov’s imprisonment for up to five more years in relation to additional charges of fraud and “insulting the president,” increasing Yorov’s total possible jail term from 25 to 30 years.

Lawyer Shukhrat Kudratov remains behind bars despite promises by authorities to release him in late 2016. Kudratov was initially imprisoned in 2015 after acting as defense counsel for opposition figure Zayd Saidov.

Over the past year, at least 20 journalists have fled the country, fearing persecution for their professional activities. Journalists perceived to be critical of the government are subjected to harassment and intimidation. As a cult of personality around President Rahmon has risen, journalists are subjected to ever stricter provisions regarding the way they must refer to him and his family. As of April 2017, a new law mandates that all media must refer to Rahmon as “The Founder of Peace and National Unity, Leader of the Nation, President of the Republic of Tajikistan, His Excellency Emomali Rahmon.”

In December 2016, authorities reversed a decision made weeks earlier to deny the accreditation of six Radio Ozodi journalists, a US government-supported station, after the radio station reported that Rahmon’s third daughter had been appointed a deputy head of the foreign ministry’s international organizations department.

In July, parliament passed amendments allowing security services to monitor individuals’ online activities, including by keeping records of mobile messages and social media comments. Citizens who visit “undesirable” websites are subject to surveillance, fines, and detention. The legislation does not define what qualifies as an “undesirable website.” For several years, the government has blocked access to popular social media sites, including VKontakte, Facebook, and YouTube. Authorities denied initiating blocks, despite multiple reports by internet service providers confirming government orders to censor websites.

In March, Tajikistan’s Culture Ministry announced that books may not be brought into or taken out of the country without written approval, regardless of the language of the texts. Travelers are required to fill out an application “citing the name of the books, stating their language, the place of publication (and) the name of the authors…” Tajikistan's State Religious Affairs Committee and Interior Ministry have compiled a blacklist of banned books, most religious in nature, but also including books of spells.

In August, continuing a multi-year campaign of strict control of religious practices, authorities introduced a new law urging citizens to “stick to traditional and national dress.” While carrying no penalties, the law appears to specifically discourage women from wearing the Islamic hijab, and was accompanied by a campaign in the streets of the capital, Dushanbe, and other cities during which members of the State Women’s Committee stopped women from wearing the hijab on the street, and urged them to replace it with the traditional Tajik scarf, in which the neck is left uncovered.

Also in 2017, authorities installed surveillance cameras in numerous mosques and subjected men wearing long beards to harassment and intimidation, in some cases forcibly shaving their beards.

In July, Protestant Pastor Bakhrom Kholmatov was sentenced to three years in prison for “singing extremist songs in church and so inciting ‘religious hatred.’” Authorities raided Kholmatov’s church and neighboring affiliate churches in Sughd, harassing and beating church members. Kholmatov was previously arrested in April and kept in secret police custody. No action has been taken to investigate or prosecute the officials involved.

In September, the Tajik government did not attend the OSCE/HDIM, a longstanding human rights conference attended by governments and civil society activists, citing the participation of political activists the government believes are “terrorists.” The decision to boycott the conference followed a year of Tajik authorities harassing the relatives of the activists who attended the 2016 HDIM.

As of July 1, the OSCE downgraded its presence in Tajikistan from a full-fledged mission to a Program Office. The restricted mandate, believed to be a result of the Tajik government’s protests about the 2016 HDIM, led to the disbanding of five OSCE field offices, leaving the Dushanbe office as the sole OSCE monitoring mechanism in the country. The US Mission to the OSCE expressed dismay, emphasizing that field operations provide invaluable support to their host countries and facilitate open dialogue between the government and civil society.

Following a country visit to Tajikistan in June, the UN special rapporteur on the right to freedom of expression David Kaye expressed concern regarding the government’s repression of independent media, religious expression, and opposition voices, particularly those of detained IRPT members. Kaye urged the government to fully decriminalize defamation, make regulations regarding the operation of NGOs transparent and fair, and release all unlawfully imprisoned political activists, lawyers, and journalists.

In its annual report, the US Commission on International Religious Freedom (USCIRF) once again designated Tajikistan as a “country of particular concern” with respect to religious freedom, and called on Tajikistan to achieve “major legal reform, an end to police raids, prisoner releases, and greater access to foreign coreligionists.”

During his Central Asia tour in June, UN Secretary-General António Guterres traveled to Dushanbe, but failed to publicly articulate clear expectations for reform on human rights issues. Guterres mainly engaged with Tajik officials regarding climate change and anti-drug initiatives. He announced that the UN would help Tajikistan implement recommendations by the UN Human Rights Council.