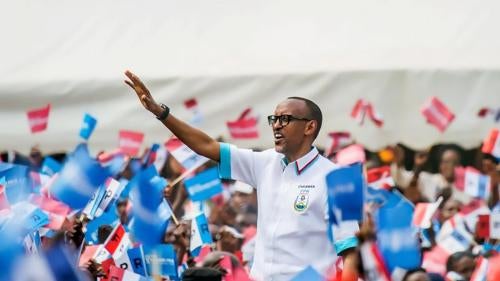 In a context of very limited free speech or open political space, President Paul Kagame overwhelmingly won a third term in August with a reported 98.8 percent of the vote, after a 2015 referendum allowed him to run for a seven-year term and two additional five-year terms thereafter. Before and after the August election, the Rwandan government continued to limit the ability of civil society groups, the media, international human rights organizations, and political opponents to function freely and independently or to criticize the government’s policies and practices.

State security forces in the Western Province summarily killed at least 37 suspected petty offenders between April 2016 and March 2017, in what appeared to be part of a broader strategy to spread fear, enforce order, and deter any resistance to government orders or policies. Rwandan authorities continued to arrest and detain people in unofficial military detention centers, where scores of detainees have been tortured in recent years. 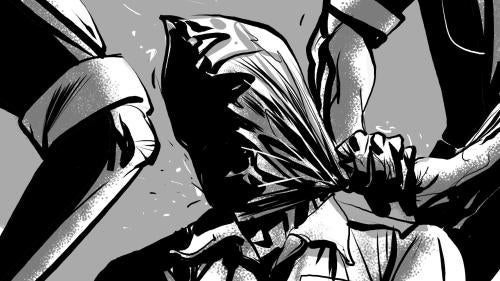 Sana Radio journalist John Ndabarasa, who had gone missing on August 8, 2016, resurfaced in the capital, Kigali, on March 6. Ndabarasa is a family member of Joel Mutabazi, a former presidential bodyguard sentenced to life imprisonment in 2014 for security-related offenses. In a story that raised suspicions for many, Ndabarasa told journalists that he had fled the country and later decided voluntarily to come back.

Two other would-be independent candidates, Diana Rwigara and Gilbert Mwenedata, said that they had fulfilled all eligibility requirements, but the National Electoral Commission did not register them, claiming that many of the signatures supporting their candidacy were invalid. Another potential candidate, Thomas Nahimana, was denied access to Rwanda in January, when he tried to enter the country from France.

In the days after the vote, Human Rights Watch interviewed local activists and private citizens who spoke of intimidation and irregularities during the campaign and voting period.

Despite Kagame’s overwhelming win, government authorities took no chances and arrested, forcibly disappeared, or threatened political opponents in the weeks following the August vote. On August 29, police showed up at Rwigara’s office in Kigali and took her to her home, where they interrogated her and her family members and barred them from leaving their house. After several weeks of intimidation, questioning, and restrictions on their movements, Rwigara and her sister Anne and mother were arrested on September 23. At time of writing they were being held in police custody in Kigali.

Théophile Ntirutwa, Kigali representative of the party, was arrested on September 6. He was held incommunicado for 17 days, before a family member was allowed to visit him at the Remera police station on September 23. Ntirutwa had previously been detained on September 18, 2016, allegedly by the military, in Nyarutarama, a Kigali suburb, where he said he was beaten, and questioned about his membership in the FDU-Inkingi, then released two days later.

Eight FDU-Inkingi members, including Ntirutwa, were charged in September with crimes linked to state security, including forming an irregular armed group and offenses against the president.

The police previously arrested Gasengayire after she visited Ingabire in prison in March 2016. She was detained for three days, beaten, questioned, and denied access to a lawyer. The police released her without charge, but rearrested her in August 2016, and charged her with inciting insurrection or disorder among the population. They also accused her of stirring-up local opposition to the expropriation of land belonging to residents in her home district and of promoting the FDU-Inkingi. Residents who tried to testify on her behalf at her trial were intimidated. A court acquitted and released her on March 23, 2017.

Violette Uwamahoro, a Rwandan-British woman married to a member of the Rwanda National Congress (RNC), an opposition group in exile, was reported missing on February 14. She was in Rwanda to attend her father’s funeral. On March 3, the police announced that she was in government detention. She had been held incommunicado for more than two weeks. On March 13, Uwamahoro and a co-defendant were charged with revealing state secrets and offenses against the established government or the president. She was released on bail in late March because of insufficient evidence to warrant her detention, and on April 12 she returned to the United Kingdom.

FULGENCE RUKUNDO
Fulgence Rukundo, a 28-year-old father of two, was well-liked in his village in western Rwanda...

Fulgence Rukundo, a 28-year-old father of two, was well-liked in his village in western Rwanda. When soldiers took him from his home on December 6, 2016, people gathered to watch. Word spread that Rukundo had been accused of stealing and killing a cow. Soldiers then made him carry parts of the cow’s carcass down the hill in his village to a local meeting. Witnesses said it was a bizarre sight.

Many people followed, including Rukundo’s friends. “By the time we got to the meeting, there were at least 100 of us,” one friend told Human Rights Watch. “The mayor [of Rubavu district] was there, and he was talking about the problem of thieves.”

Rukundo insisted he was innocent, but the mayor was not convinced. He announced: “All thieves must be killed.” Soldiers then instructed Rukundo to walk to a banana plantation nearby. His friend followed with others. “I heard three shots,” he said. “We were scared so we ran.” Rukundo was shot in the arm, thigh, and head and died on the spot.

“We are shocked by what happened,” Fulgence’s friend told Human Rights Watch. “I knew him; I grew up with him. He did not have to die like that.”

Between April 2016 and March 2017, state security forces summarily killed at least 37 suspected petty offenders and forcibly disappeared at least four others. The total number of victims is likely much higher. Many were accused of theft. Local authorities, like the Rubavu mayor, used the executions as a warning, saying in public community meetings that other criminals would be killed.

Public killings stopped since Human Rights Watch issued a report in July. But instead of conducting thorough, impartial investigations into these executions and ensuring that those responsible be held accountable, authorities threatened and intimidated family members of victims and dismissed Human Rights Watch’s findings as “fake news.” An October report by Rwanda’s National Human Rights Commission attempting to discredit Human Rights Watch documentation only served to cover up the killings.

State security forces in Rwanda summarily killed at least 37 suspected petty offenders and forcibly disappeared four others in Rwanda’s Western Province between April 2016 and March 2017. Most victims were accused of stealing items such as bananas, a cow, or a motorcycle. Others were suspected of smuggling marijuana, illegally crossing the border from the Democratic Republic of Congo, or using illegal fishing nets.

Authorities used the extrajudicial executions to serve as a warning. In most of the cases, local military and civilian authorities told residents, often during public meetings, that the suspected petty offender had been killed and that all other thieves and criminals in the region would be arrested and executed. Government officials said the reports of the killings were “fake news.”

People accused of crimes against state security continued to be arrested and held unlawfully in military camps. Many people held in these camps were tortured in an attempt to force them to confess or accuse others. Authorities continued to round up street vendors, sex workers, street children, and other poor people and detained them in so-called transit centers across the country. Conditions in these centers are harsh and inhumane, and beatings are common.

On September 15, the French constitutional court rejected a researcher access to the archives of Francois Mitterrand, president of France during the Rwanda genocide. The court cited a law protecting presidential archives for 25 years after the death of a head of state.

Jean Twagiramungu, the first genocide suspect extradited from Germany, arrived in Kigali on August 18. The former teacher who was arrested in 2015 in Frankfurt is alleged to have organized the killing of ethnic Tutsi during the genocide. His trial was ongoing at time of writing.

A UK High Court denied the extradition of five genocide suspects in July, citing concerns about a lack of judicial independence in Rwanda. Genocide suspect Wenceslas Twagirayezu was arrested in May in Denmark. He had not been extradited at time of writing. In June 2014, Rwandan authorities sent an international arrest warrant for Twagirayezu to Denmark.

The UK said it was concerned about “irregularities with the counting of ballots and vote tabulation” and “by the arrests” and “targeting of opposition figures” after the vote. The US and UK embassies and the EU delegation commended the fact that the vote was peaceful.

A report by the United Nations secretary-general, released in September, identified Rwanda as one of 29 countries where human rights defenders face reprisals for cooperating with the UN on human rights.

In October, the Subcommittee on the Prevention of Torture, which oversees enforcement of the Optional Protocol to the Convention against Torture (OPCAT), ratified by Rwanda in 2015, conducted a state visit to Rwanda. It had to suspend their visit and leave sooner than planned, however, citing obstruction by Rwanda’s government. Rwanda has yet to set up a national preventive mechanism for the prevention of torture at the domestic level, required by the OPCAT, despite a deadline to do so one year after ratification.

In November, Rwanda appeared before the Committee against Torture (CAT), a UN body that monitors implementation of the Convention against Torture by state parties. On December 6, CAT in its concluding observations, called for involuntary detention in transit centers to be abolished; an end to intimidation of political opponents, journalists, and human rights defenders; and prompt, impartial, and effective investigations into allegations of torture.