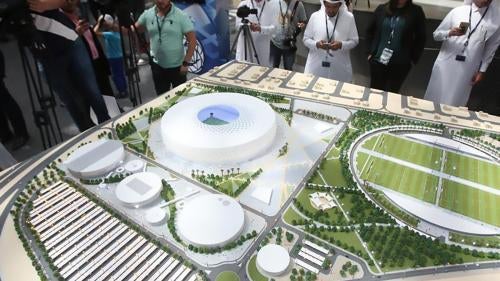 Qatar faced a diplomatic crisis in 2017, as some of its neighbors cut diplomatic ties with it over its alleged support of terrorism and its closeness with Iran—claims that Qatar rejects.

The move in early June by Saudi Arabia, Bahrain, and the United Arab Emirates—and their subsequent issuance with Egypt of a list of 13 demands for ending the crisis, which Qatar rejected—isolated the Gulf state and precipitated serious human rights violations of individuals living in Qatar, infringing on their right to free expression, separating families, and interrupting medical care and education. At time of writing, travel to and from Qatar was restricted, and its border with Saudi Arabia remained closed.

On June 5, Saudi Arabia, Bahrain, and the UAE cut diplomatic relations with Qatar over its alleged support of terrorism and its closeness with Iran and ordered the expulsion of Qatari citizens and the return of their citizens from Qatar within 14 days.

On June 23, the three countries and Egypt issued a list of 13 demands for ending the crisis that included shutting down Al Jazeera and other media they claim are Qatar- funded; downgrading diplomatic ties with Iran; severing ties with “terrorist organizations,” including the Muslim Brotherhood, and expelling people associated with such organizations from Qatar; and paying reparations to other Gulf countries for “loss of life” and “other financial losses” resulting from Qatar’s policies.

On August 3, 2017, the Qatari cabinet approved a draft law that will allow permanent residence for children of Qatari women married to non-Qataris, as well as expatriates who “provide outstanding services to Qatar.”

Under the 2005 law on acquisition of Qatari nationality, people who have lived in Qatar for more than 25 years may apply for nationality, with priority for those with Qatari mothers, under specific conditions. However, the government has not consistently approved such applications. If enacted, the draft law would help people whose mothers are Qatari nationals to secure resident status in Qatar even if they do not have valid passports from another country. However, it still falls short of granting women the same rights as Qatari men to pass citizenship to their children.

The Qatari draft law’s provision of permanent residence to migrants who “provide outstanding services to Qatar” also could help Emirati, Egyptian, Bahraini, and Saudi nationals affected by the diplomatic crisis. Many have chosen to remain in Qatar for family or work reasons or because they fear persecution in their home countries.

Under the law, the Interior Ministry is to establish a committee to review requests for permanent residency IDs. But it was not clear at time of writing whether the committee would grant residency to those who fear persecution or harm in their countries of origin. Qatar does not have a law on asylum and has not ratified the 1951 Refugee Convention.

On August 22, 2017, the emir of Qatar, Sheikh Tamim bin Hamad Al Thani, ratified Law No.15 on service workers in the home. The cabinet adopted the law in February, which will grant labor protections for the first time to Qatar’s 173,742 domestic workers. The new law guarantees domestic workers a maximum 10-hour workday, a weekly rest day, three weeks of annual leave, an end-of-service payment of at least three weeks per year, and healthcare benefits.

However, the new law is still weaker than the Labor Law and does not fully conform to the International Labour Organization (ILO) Domestic Workers Convention, the global treaty on domestic workers’ rights. The new law establishes fines for violations, but lacks provisions for enforcement, such as workplace inspections, including in homes where domestic workers are employed. The law does not state how workers can claim their rights if they have been breached except in cases of compensation for work injuries. Workers in Qatar are not allowed to form a union or entitled to a minimum wage established by law.

Qatar has a migrant labor force of nearly 2 million people, who comprise approximately 95 percent of its total labor force. Approximately 40 percent, or 800,000, of these workers are employed in construction. Current heat protection regulations for most workers in Qatar only prohibit outdoor work from 11:30 a.m. to 3 p.m. from June 15 to August 31. But climate data shows that weather conditions in Qatar outside those hours and dates frequently reach levels that can result in potentially fatal heat-related illnesses without rest.

In 2013, health authorities reported 520 deaths of workers of whom 385, or 74 percent, died from unexplained causes. Qatari public health officials have not responded to requests for information about the overall number and causes of deaths of migrant workers since 2012.

A 2014 report that the Qatari government commissioned from the international law firm DLA Piper noted that the number of worker deaths in Qatar attributed to cardiac arrest, a general term that does not specify cause of death, was “seemingly high.” Authorities have failed to implement two of the report’s key recommendations: reforming its laws to allow autopsies or post-mortem examinations in cases of “unexpected or sudden deaths” and commissioning an independent study into the seemingly high number of deaths vaguely attributed to cardiac arrest.

On October 26, the International Trade Union Confederation announced Qatar’s agreement to extensive reforms of the current kafala (sponsorship) system, to institute a nondiscriminatory minimum wage, to improve payment of wages, to end document confiscation, to enhance labor inspections and occupational safety and health systems including by developing a heat mitigation strategy, to refine the contractual system to improve labor recruitment procedures, and to step up efforts to prevent forced labor.

These measures would be pathbreaking for Gulf countries where migrants make up most of the labor force, but the announcement gives little detail on how laws will be amended, how the changes will be carried out, or the timeframe for their implementation.

Qatar’s Law No. 22 of 2006 on Family and Personal Status continues to discriminate against women. Under article 36, a marriage contract is valid when a woman’s male guardian concludes the contract and two male witnesses are present. Article 58 states that it is a wife’s responsibility to look after the household and to obey her husband.

Other than article 57 of the family law forbidding husbands from hurting their wives physically or morally, and general provisions on assault, the penal code does not criminalize domestic violence or marital rape.

Qatar was a member of the Saudi-led coalition that began a military campaign in Yemen in March 2015 but Qatar withdrew its forces from the operation in June 2017. The coalition has conducted thousands of airstrikes in Yemen, including scores that appear to violate the laws of war, some of which may be war crimes. However, coalition members, including Qatar, have provided insufficient or no information about the role that particular countries’ forces are playing in alleged unlawful attacks.

Qatar purchased at least US$18 billion in weapons during 2017, of which at least $12 billion was from the United States. In June, reacting to the isolation of Qatar by neighboring states, Turkey's parliament fast-tracked the approval of an April 2016 agreement with Qatar on the implementation of Turkish troops' deployment to a military base in Qatar, and the two countries began carrying out joint military exercises.