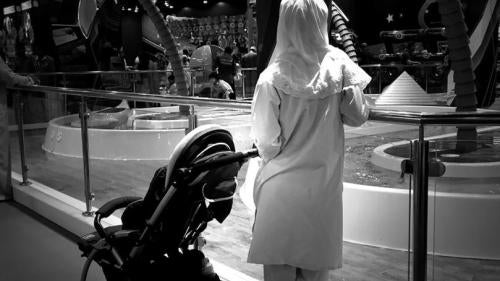 Sultan Qaboos bin Said al Said, 77, has ruled Oman since 1970. He holds several positions of authority, including prime minister, supreme commander of the armed forces, minister of defence, minister of finance, and minister of foreign affairs. Omani authorities continued in 2017 to harass activists and restrict publications by local independent magazines and newspapers critical of the government, violating international standards of freedom of expression.

Authorities, particularly from the Internal Security Service (ISS), continued to target pro-reform activists, often for views they expressed on social media platforms like Facebook and Twitter. Several bloggers and online activists were harassed, arrested, and sometimes detained up to several months for criticizing the authorities’ policies. Courts across the country sentenced activists to prison terms on the basis of vaguely defined laws that limit free speech, including crimes such as “insulting the Sultan” and “undermining the prestige of the state.”

Authorities often have relied on provisions in the 2002 Telecommunications Act and 2011 Cybercrime Law to restrict freedom of expression online.

In 2017, several activists remained behind bars for views they expressed either online or in their writings.

Former diplomat and online activist Hassan al-Basham remains in prison serving a three-year sentence on charges that include insulting God and Sultan Qaboos bin Said al Said. He has been detained since May 3, 2016.

On October 5, Oman’s Supreme Court ordered Azamn newspaper to permanently close. In August 2016, authorities ordered the immediate closure of the paper, after arresting the editor-in-chief, Ibrahim al-Ma’mari; deputy editor, Zaher al-Abri; and another journalist Yousef al-Haj, following the publication of an article that alleged corruption within the judiciary.

Al-Ma’mari and al-Haj were charged with “disturbing public order,” “misusing the internet,” “publishing details of a civil case,” and “undermining the prestige of the state,” and al-Abri with using “an information network [the internet] for the dissemination of material that might be prejudicial to public order.” A Muscat court convicted them and sentenced them to prison terms and fines. On appeal, al-Ma’mari and al-Haj had their sentences reduced and al-Abri was acquitted. On October 23, al-Haj was released from Muscat prison after serving one year in prison.

Omani authorities have also closed down other publications that have been critical of the government. The Gulf Centre for Human Rights (GCHR) reported that on May 3, the ISS ordered the website of the local independent magazine Mowaten to be blocked throughout the country. Human Rights Watch reported in February that Omani authorities had barred the family of Mowaten’s editor-in-chief and founder, Mohammad al-Fazari, who currently lives in the United Kingdom, from traveling outside Oman.

In February, the Omani Center for Human Rights reported that the management of Muscat’s annual International Book Fair withdrew two books that were critical of the government. One was a compilation of Mowaten articles and the other an anthology by the poet Ahmed al-Raimi titled, “To You No Loyalty.”

On May 23, the Court of First Instance in Muscat sentenced a writer and researcher, Mansour Bin Nasser al-Mahrazi, to three years in prison for his 2016 book, Oman in the Square of Corruption. The court issued the sentence despite the fact that the writer himself removed the book from the Omani book market, according to the Omani Center for Human Rights. On the same day, the court ordered the release of al-Mahrazi on bail, the human rights group reported.

All public gatherings require official approval in advance; authorities arrest and prosecute participants in unapproved gatherings. Some private gatherings are also prohibited under article 137 of the penal code, which prescribes a punishment of up to three years in prison and a fine for anyone who “participates in a private gathering, including at least 10 individuals with a view to commit a riot or a breach of public order.” Authorities sharply increased the penalties under article 137 after the pro-reform demonstrations of 2011.

On May 4, 2016, Dr. Talib al-Maamari, a former Shura Council member from Liwa, in Al Batinah Region, northern Oman, was released from prison three months prior to the end of his prison sentence, reportedly by a royal decree from Sultan Qaboos. In August 2014, a court of appeals in Muscat had sentenced him to four years in prison on charges of “illegal gathering” and calling for anti-government demonstrations.

The United Nations Working Group on Arbitrary Detention in December 2014 had characterized Dr. Talib al-Maamari’s detention as arbitrary and stated that the government should release him immediately and compensate him.

Article 17 of the Basic Law states that all citizens are equal and bans gender-based discrimination. In practice, however, women continue to face discrimination. The Personal Status Law discriminates against women on matters such as divorce, inheritance, child custody, and legal guardianship. For instance, women can lose child custody if they re-marry, and men continue to hold guardianship of the child regardless of whether they have custody.

Oman has no laws prohibiting domestic violence and marital rape. Cases can only be brought under general provisions that criminalize assault. Oman’s penal code explicitly excludes marital rape, and does not criminalize sexual harassment.

Oman’s penal code criminalizes sexual relations outside marriage and provides three months to one-year imprisonment when the person is unmarried, and one to three years’ imprisonment when the person is married. Criminalization of such offenses apply disproportionately to women whose pregnancy can serve as evidence of the offense. Oman’s penal code provides for six months to three years in prison for consensual sex between two people of the same sex.

In October, the UN Committee on the Elimination of Discrimination Against Women concluded its review of Oman, finding that it had made “very little progress in removing discrimination from marriage and family related law and practice.”

Migrant workers remained vulnerable to exploitation and abuse, due in part to the kafala (visa sponsorship) system that ties migrant workers to their employers and precludes them from changing employers without their current employer’s consent.

Human Rights Watch found female domestic workers in particular at high risk of abuse, since Oman’s labor law currently excludes domestic workers from its protections, and those who flee abuse have little avenue for redress.

Human Rights Watch documented abuse and exploitation of domestic workers, including employers frequently confiscating workers’ passports despite a legal prohibition; not paying workers their salaries, in full or at all; forcing them to work excessively long hours without breaks or days off; and denying them adequate food and living conditions. In some cases, workers reported physical and sexual abuse.

Migrant domestic workers who fled abusive employers reported facing “absconding” charges that can lead to fines, imprisonment and deportation, trumped-up criminal charges by employers to force them to drop their cases, and lengthy delays when pursuing cases against employers. Workers reported that police at times returned them to their employers despite complaints of abuse, and Ministry of Manpower officials sided with employers during dispute-resolution processes despite workers’ complaints of severe abuse.

In March 2016, Oman accepted 144 out of the 233 recommendations it received during its second Universal Periodic Review cycle in November 2015, including that it ratify the International Covenant on Economic, Social and Cultural Rights. However, authorities only noted 93 recommendations, including those on freedom of expression, assembly, allowing women to pass their nationality on to their children, and ratifying the International Covenant on Civil and Political Rights.

Both the US and UK provide significant economic and military aid to Oman. Oman’s Western allies offered muted, if any criticism, of its human rights abuses in 2016, except in annual reports. In 2017, the US Trafficking in Persons Report maintained Oman’s Tier 2 Watch List category, stating that “the Government of Oman does not fully meet the minimum standards of the elimination of trafficking, but is making significant efforts to do so.”