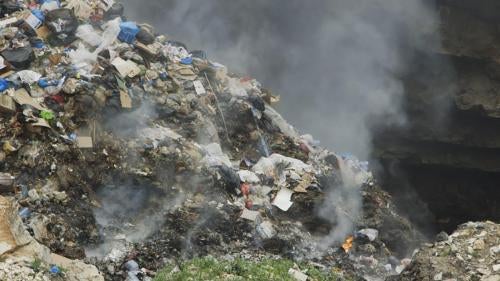 In June, Lebanon adopted a new electoral law and set parliamentary elections for May 2018, the first such elections since 2009. In November, Prime Minister Saad Hariri announced his surprise resignation while visiting Saudi Arabia, raising the likelihood of a renewed period of political instability in the country. At time of writing, the actual impact of the resignation was uncertain.

Lebanese authorities continue to prosecute individuals for peaceful use of free speech, and in June soldiers beat protesters demonstrating in downtown Beirut against a third extension of parliament.

Lebanon has 15 separate religion-based personal status laws, which discriminate against women. Marital rape and child marriage both remain legal in Lebanon. In a positive development, parliament repealed article 522 of the criminal code, which had allowed rapists to escape prosecution by marrying the victim.

As the Syrian refugee crisis continued, an estimated 80 percent of the approximately 1.5 million refugees lack legal status, leaving them vulnerable to arrest, abuse, and exploitation; contributing to poverty and child labor; and restricting their access to education and healthcare. Lebanon waived burdensome residency fees for some Syrians in February.

On July 4, 2017, the Lebanese military issued a statement saying four Syrians died in its custody following mass raids in Arsal, a restricted access area in northeast Lebanon. A doctor with expertise in documenting torture reviewed photos of three of the men, provided by their families’ lawyers to Human Rights Watch, and found the injuries “consistent with inflicted trauma in the setting of physical torture.” The army said the men had died of natural causes but has not publicly released the results of its own investigation.

In 2016, parliament passed legislation creating a national preventative mechanism to monitor and investigate the use of torture. However, Lebanon has still not established the mechanism, allocated funding, or announced its members.

While freedom of expression is generally respected in Lebanon, defaming or criticizing the Lebanese president or army is a criminal offense carrying penalties of up to three years in prison. The Lebanese penal code also criminalizes libel and defamation of other public officials, authorizing imprisonment of up to one year.

In June, soldiers were captured on video kicking and beating protesters who had gathered to demonstrate against a third extension of parliament’s term. The army said it had opened an investigation but has not publicly released the results.

Lebanon continues to try civilians, including children, in military courts, in violation of their due process rights and international law. Those who have stood trial in the military courts describe incommunicado detention, the use of confessions extracted under torture, decisions issued without an explanation, seemingly arbitrary sentences, and a limited ability to appeal.

In one prominent case, 14 protesters, arrested in 2015 for demonstrating against corruption and the government’s failure to resolve a trash crisis, were charged before the Military Tribunal though some of the charges were transferred to a civilian court in March.

An estimated 250,000 migrant domestic workers, primarily from Sri Lanka, Ethiopia, the Philippines, Nepal, and Bangladesh, are excluded from labor law protections. The kafala (sponsorship) system subjects them to restrictive immigration rules and places them at risk of exploitation and abuse.

The most common complaints documented by the embassies of labor-sending countries and civil society groups include non-payment or delayed payment of wages, forced confinement, refusal to provide time off, and verbal and physical abuse. Migrant domestic workers suing their employers for abuse face legal obstacles and risk imprisonment and deportation due to the restrictive visa system. Several migrant domestic workers in Lebanon committed suicide or attempted to commit suicide in 2017.

In 2016 and 2017, Lebanon’s General Security agency detained and deported migrant domestic workers, apparently for having children in Lebanon.

On August 16, Lebanon’s parliament repealed article 522, which had allowed rapists to escape prosecution by marrying the victim, but left a loophole with regard to offences relating to sex with children aged 15-17 and seducing a virgin girl into having sex with the promise of marriage.

A lack of coordination in the government’s response to sex trafficking continues to put women and girls at risk. Syrian women appear to be at particular risk of being trafficked into forced prostitution and sexual exploitation.

Women continue to face discrimination under the 15 distinct religion-based personal status laws. Discrimination includes inequality in access to divorce, residence of children after divorce, and property rights. Unlike Lebanese men, Lebanese women cannot pass on their nationality to foreign husbands and children and are subject to discriminatory inheritance laws.

Lebanon has no minimum age for marriage for all its citizens. Instead, religious courts set the age based on the religion-based personal status laws, some of which allow girls younger than 15 to marry. Parliament has failed to take up draft bills that would set the age of marriage at 18.

A 2014 Law on the Protection of Women and Family from Domestic Violence established important protection measures and introduced policing and court reforms. But it failed to criminalize all forms of domestic violence, including marital rape. Some women continued to face obstacles in pursuing criminal complaints of domestic violence, mostly due to lengthy delays.

In January, a judge challenged the legal basis of the arrest of men for same-sex conduct, declaring in a court ruling that “homosexuals have the right to have human or intimate relationships with any people they chose, without discrimination on the basis of their sexual orientation.”

More than 1 million Syrian refugees are registered with the United Nations High Commissioner for Refugees (UNHCR) in Lebanon. The government estimates the true number of Syrians in the country to be 1.5 million.

Lebanon’s residency policy makes it difficult for Syrians to maintain legal status, heightening risks of exploitation and abuse and restricting refugees’ access to work, education, and healthcare. According to humanitarian organizations, an estimated 80 percent of Syrians in Lebanon now lack legal residency and risk detention for unlawful presence in the country. In February, Lebanon waived residency fees for some Syrians in Lebanon.

More than 200,000 school-age Syrian children were out of school during the 2016-2017 school year, largely due to parents’ inability to pay for transport, child labor, school directors imposing arbitrary enrollment requirements, and lack of language support. Secondary school-age children and children with disabilities faced particular barriers.

An estimated 10,000 Syrians returned from Arsal, a restricted access border area in northeast Lebanon, to Syria between June and August, under deals largely negotiated by Hezbollah. Refugees told Human Rights Watch that military raids and lack of residency permits were the primary reasons they felt pressured to return.

In 2017, Lebanon continued to impose entry regulations on Syrians that effectively barred many asylum seekers from entering Lebanon. Human Rights Watch has also documented isolated forcible deportations of Syrians and Palestinians back to Syria, putting them at risk of arbitrary detention, torture, or other persecution.

Approximately 45,000 Palestinians from Syria have also sought refuge in Lebanon, joining the estimated 260-280,000 Palestinian refugees already in the country, where they face restrictions, including on their right to work.

Lebanon has never implemented a national waste management system and continues to face a waste management crisis. There are hundreds of open dumps across the country, many of which are being burned, posing a range of short and long term health risks to populations living nearby. Open burning disproportionately affects poorer areas of the country, and children and older persons among local residents are at particular risk.

Lebanon has failed to advance justice or accountability for the families of the estimated 17,000 kidnapped or “disappeared” during the 1975-1990 civil war. In October 2012, Justice Minister Shakib Qortbawi put forward a draft decree to the cabinet to establish a national commission to investigate the fate of those “disappeared” during the country’s 1975-1990 civil war and its aftermath, but no further action was taken. In September 2014, the government finally provided the families of the disappeared with the files of the Official Commission of Inquiry appointed in 2000. These showed that the government had not conducted any serious investigation.

Syria, Iran, and Saudi Arabia maintain a strong influence on Lebanese politics through local allies and proxies, increasingly so as the conflict in neighboring Syria drags on.

Many countries, including the United States, United Kingdom, members of the European Union, Canada, and various Gulf countries, have given Lebanon extensive, albeit insufficient, support to help it cope with the Syrian refugee crisis and to bolster security amid spillover violence.

Lebanese armed forces and police also receive assistance from a range of international donors, including the US, EU, UK, France, and Saudi Arabia. Some of these actors have tried to ensure the forces adhere to international human rights law, but compliance remains weak.