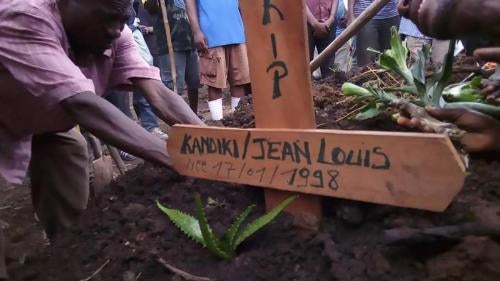 A power-sharing agreement mediated by the Catholic Church and signed in late 2016 called for elections by the end of 2017 and for a number of steps to de-escalate political tensions, including the release of political prisoners. Many of the main tenets of the agreement were largely ignored.

In March, the Catholic bishops withdrew from their mediation role. In June, the bishops blamed the country’s dire security, human rights, economic, and political crises on the failure of those in power to hold elections in accordance with the constitution, and they called on the Congolese people to “stand up” and take their destiny into their own hands.

In November, days after the United States ambassador to the United Nations, Nikki Haley, visited Congo and called for Kabila to hold elections by the end of 2018, the national electoral commission published a calendar, setting December 23, 2018 as the date for presidential, legislative, and provincial elections, while noting numerous constraints that could impact the timeline.

Congolese civil society and political opposition leaders denounced the calendar as merely another delaying tactic to allow Kabila to stay in power. They called on him to step down by the end of 2017 and proposed a brief post-Kabila transition to organize credible elections, led by people who cannot run for office themselves. 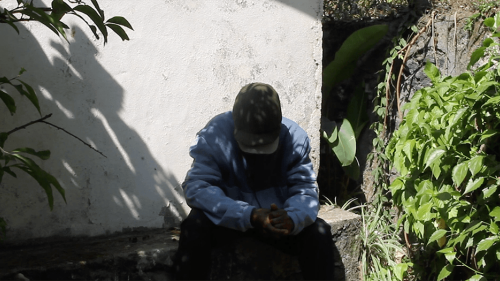 Human Rights Watch research found that senior Congolese security force officers had mobilized at least 200 and likely many more former M23 rebel fighters from neighboring Uganda and Rwanda in late 2016 to protect Kabila and quash anti-Kabila protests, after they had integrated into Congolese military and police units. M23 fighters were again brought into the country between May and July 2017 to prepare for “special operations” to protect the president.

Throughout 2017, government officials and security forces repeatedly and systematically banned opposition demonstrations, shut media outlets, and prevented opposition leaders from moving freely. They jailed more than 300 opposition leaders and supporters, journalists, and human rights and pro-democracy activists, most of whom were later released. Many were held in secret detention facilities, without charge or access to family or lawyers. Others have been tried on trumped-up charges. Many were arrested while planning or starting peaceful protests, which often prevented the protests from going forward. When larger protests were organized, security forces fired teargas and in some cases live bullets to disperse the demonstrators. Security forces killed five people, including an 11-year-old boy, and wounded 15 others during a protest in Goma on October 30.

Security forces killed at least 90 people as part of a crackdown against members of the Bundu dia Kongo (BDK) political religious sect in Kinshasa and Kongo Central province between January and March, and in August. Some of the BDK members also used violence, killing at least five police officers.

In July in Lubumbashi, unidentified armed men shot and nearly killed a judge who refused to rule against opposition leader and presidential aspirant Moïse Katumbi.

Authorities prevented international and Congolese journalists from doing their work, including by arresting them, denying access, or confiscating their equipment and deleting footage. At least around 40 journalists were detained in 2017. The government shut down Congolese media outlets and periodically curtailed access to social media. Authorities lifted a nine-month block on Radio France Internationale (RFI)’s signal in Kinshasa in August, but they refused to renew the accreditation for the RFI correspondent in Congo in June, and the visa for the Reuters correspondent in August.

Between August 2016 and September 2017, violence involving Congolese security forces, government-backed militias, and local armed groups left up to 5,000 people dead in the country’s southern Kasai region. Six hundred schools were attacked or destroyed, and 1.4 million people were displaced from their homes, including 30,000 refugees who fled to Angola. Nearly 90 mass graves have been discovered in the region, the majority of which are believed to contain the bodies of civilians and militants killed by government security forces using excessive force against alleged militia members or sympathizers.

In March, two United Nations investigators—Michael Sharp, an American, and Zaida Catalán, a Swedish and Chilean citizen—were summarily executed by a group of armed men while investigating serious rights abuses in the Kasai region. Human Rights Watch investigations and an RFI report suggest government responsibility for the double murder. A seriously flawed trial in Congo began in June 2017.

In the southeastern province of Tanganyika, more than 200 people were killed, 250,000 others displaced, and numerous villages and displacement camps burned during intercommunal violence between July 2016 and September 2017.

More than 100 armed groups remained active in eastern Congo’s North Kivu and South Kivu provinces and many continued to attack civilians, including the Democratic Forces for the Liberation of Rwanda (FDLR) and allied Nyatura groups, the Allied Democratic Forces (ADF), Nduma Defense of Congo-Renové (NDC-R), the Mazembe, Charles, and Yakutumba Mai Mai groups, and several Burundian armed groups. Many of their commanders have been implicated in war crimes, including ethnic massacres, rape, forced recruitment of children, and pillage.

A new coalition of armed groups in South Kivu known as the National People’s Coalition for the Sovereignty of Congo (Coalition nationale du peuple pour la souveraineté du Congo, CNPSC) clashed repeatedly with the Congolese army and took control of numerous villages along Lake Tanganyika. The group’s stated goal is to topple Kabila’s government, which they say is illegitimate following Kabila’s refusal to step down in December 2016. More than 100,000 people have been displaced since the fighting began in June, and the Congolese army reportedly arrested scores of local youth suspected of having links with the coalition.

Also in South Kivu province, alleged Congolese security force members used excessive force to quash a protest in Kamanyola in September, killing around 40 Burundian refugees and wounding more than 100 others.

The humanitarian situation in Congo has severely worsened, with the country facing Africa’s largest displacement crisis in 2017, famine expected to affect 7.7 million Congolese, and a national cholera epidemic spread across the country. Meanwhile, the level of international humanitarian funding was at a 10-year low.

On July 26, militia leader Ntabo Ntaberi Sheka surrendered to the UN peacekeeping mission in Congo (MONUSCO), which then transferred him to Congolese judicial officials. Sheka has been implicated in numerous atrocities in eastern Congo, and he had been sought on a Congolese arrest warrant since 2011 for crimes against humanity for mass rape. His trial was yet to begin at time of writing.

Authorities continued to keep warlord Gédéon Kyungu Mutanga, who surrendered in October 2016, in house arrest instead of transferring him to prison to serve the remainder of his 2009 sentence for crimes against humanity.

Sylvestre Mudacumura, military commander of the FDLR armed group, remained at large. The International Criminal Court (ICC) issued an arrest warrant against him in 2012 for attacks on civilians, murder, mutilation, cruel treatment, rape, torture, destruction of property, pillage, and outrages against personal dignity, allegedly committed in 2009 and 2010 in eastern Congo.

The trial continues at the ICC for Bosco Ntaganda, who is accused of 13 counts of war crimes and five counts of crimes against humanity allegedly committed in northeastern Congo’s Ituri province in 2002 and 2003.

On May 29, the European Union announced targeted sanctions against eight senior Congolese government and security officials and a militia leader who had long been implicated in serious abuses in Congo. On June 1, the United States imposed targeted sanctions against Gen. François Olenga, the personal military chief of staff of President Kabila and on a resort owned by General Olenga outside Kinshasa. The sanctions include travel bans, assets freezes, and a ban on making funds or economic resources available to, or engaging in transactions with, the listed individuals and entity.

In June, former UN Secretary-General Kofi Annan and nine former African presidents launched an “urgent appeal” to Kabila and other Congolese leaders for a peaceful, democratic transition. They warned that the future of the country is in “grave danger.” Also in June, the UN Human Rights Council authorized an international investigation into the violence in the Kasai region. In September, the council also decided to boost and continue scrutiny over the broader situation in the country for another year, including in the context of the electoral process.