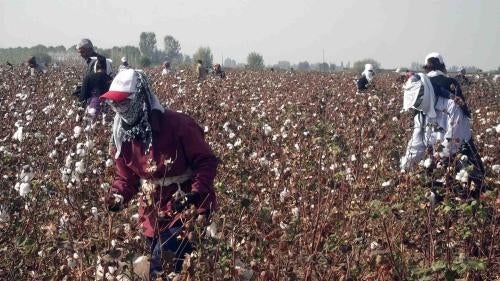 Uzbekistan’s long-serving authoritarian ruler Islam Karimov died in fall 2016 following almost 27 years of rule. But his death and the installation of former Prime Minister Shavkat Mirziyoyev as president failed to usher in any meaningful improvements in Uzbekistan’s abysmal human rights record. The United States and European Union also continued their longstanding policies of muted criticism over the government’s abuses.

Karimov’s death was confirmed by authorities on September 2, following a stroke. For the previous six days, authorities hid from the public reports he had already died, announcing the death only after foreign leaders publicly expressed condolences. Independent journalists and rights defenders such as Daniil Kislov and Nadejda Atayeva, who reported about the news of Karimov’s death and his abusive legacy, were subjected to an orchestrated campaign of online harassment, including death threats, during which they were labelled as traitors.

Although the constitution required Senate Chairman Nigmatulla Yuldashev, to become interim president for a three month period in the event of the president’s death or incapacitation, the Senate installed Prime Minister Mirziyoyev in the post, setting presidential elections for December.

In one of Mirziyoyev’s first public addresses as interim president he signaled his intent to continue Karimov’s repressive policies, vowing to crush any “internal or external threats to stability and sovereignty.”

Mirziyoyev was officially declared the winner of the presidential election held on December 4. The Organization for Security and Co-operation in Europe's Office for Democratic Institutions and Human Rights (ODIHR) said that "while the election administration took measures to enhance the transparency of its work and the proper conduct of the election, the dominant position of state actors and limits on fundamental freedoms undermine political pluralism and led to a campaign devoid of genuine competition." ODIHR observers further said that Uzbek "media covered the election in a highly restrictive and controlled environment, and the state-defined narrative did not provide voters the opportunity to hear alternative viewpoints."

On October 25, prison authorities released a human rights defender, Bobomurod Razzakov, on medical grounds one year prior to the end of a four-year sentence. But evidence emerged that Razzakov was seriously ill-treated and denied appropriate medical care in prison. In November, following a public appeal for his release by the US State Department and human rights groups, authorities also released the long-serving political activist Samandar Kukanov, behind bars since 1993, reversing an earlier decision to extend his term of imprisonment by an additional three years. Kukanov, also a victim of torture in custody, was seriously ill at the time of his release.

With the exception of the rights group Ezgulik, which was allowed to meet with four prisoners in July, August, and October, authorities continue to deny diplomatic missions, the International Committee for the Red Cross, and human rights organizations access to prisons and other detention centers.

On January 11, Human Rights Watch discovered that a prominent religious figure, 52-year-old Akram Yuldashev, one of Uzbekistan’s longest held political prisoners, died in prison in 2010 of tuberculosis. He had been due for release in February 2016, but no one knew of his fate because authorities forcibly disappeared him in prison, denying anyone information about his whereabouts or fate since 2009.

In March 2016, long-time rights defender Elena Urlaeva, head of the Tashkent-based Human Rights Alliance of Uzbekistan, checked into the Tashkent Psychiatric Clinic after experiencing multiple traumatic events, including ill-treatment by police. In late April, Urlaeva’s doctor informed her she was in good health and would be released on May 2. However, the hospital then refused to release her, arbitrarily detaining her citing “official orders” rather than a medical reason. The hospital released Urlaeva on June 1, after significant international pressure.

After her release, Urlaeva reported ill-treatment during her detention, saying the “hospital staff turned aggressive patients on me, who beat me and dragged me by the hair.”

Imprisoned rights defender Ganihon Mamatkhanov’s 8-year prison term was due to end on June 4. Days before Mamatkhanov’s release, officials accused him of unspecified “violations of prison rules”—a practice authorities have used to arbitrarily extend political prisoners’ sentences—and kept him in prison. It is not known by how many years his term has been extended and his current whereabouts are unknown.

In August, a Fergana court sentenced the brother of a Radio Free Europe (RFE) journalist to eight years in prison on drug-related charges, the latest government action involving persons affiliated with RFE’s Uzbek Service. In court proceedings, Aziz Yusupov was represented by a lawyer assigned to him by Uzbekistan’s National Security Service, whom Yusupov’s family said persuaded him to make a false confession to mollify the court. During the trial, no evidence was brought against Yusupov to corroborate the charges.

The government forces more than 1 million adults every autumn to pick cotton in abusive conditions on pain of punishment. Following a decade of global pressure, authorities did not mobilize children to harvest cotton in 2016, as in 2015, but instead increased the number of forced adult laborers to meet annual production quotas. In several regions, officials also forced children to help toward the end of the harvest.

Teachers, doctors, nurses, civil servants, and private sector employees were forced to pick cotton under threat of dismissal from work or loss of salary and pension and welfare benefits, and authorities detained and threatened citizens attempting to report on these abuses.

Authorities imprison religious believers who practice their faith outside state controls. In September, the Initiative Group of Independent Human Rights Defenders estimated that more than 12,000 persons are currently imprisoned on vague charges related to “extremism” or “anti-constitutional” activity, several hundred of them convicted in the previous year. Authorities banned shared Muslim iftar (breaking of fast) meals in public during Ramadan, severely restricted the religious literature, and continued to ban people under 18 from attending mosques.

Prison authorities arbitrarily extended the prison term of Sunni religious believer Kamol Odilov in late January, just days before he completed his six-year prison term. He and his fellow Muslims had met to discuss the works of the late Turkish Muslim theologian Said Nursi. According to Forum 18, four members of a Sufi Muslim community were imprisoned for four years in Bukhara in June for holding religious meetings at home, as their community does not have state registration.

Consensual sexual relations between men are criminalized, with a maximum prison sentence of three years. Activists report that police use blackmail and extortion against gay men, threatening to out or imprison them. Lesbian, gay, bisexual, and transgender (LGBT) people face deep-rooted homophobia and discrimination.

Despite calls by Uzbek rights activists on the US and EU to seize upon the end of Islam Karimov’s rule and ensuing transition as an opportunity to push for rights improvements, Washington and Brussels’ overall stance on human rights in Uzbekistan remained disappointingly weak. Both failed to articulate publicly clear expectations for reform such as the release of political prisoners or access for United Nations human rights monitors. Since 2002, the government has ignored requests by at least 14 UN rights experts to visit the country. In September, the UN high commissioner for human rights singled out Uzbekistan in a list of country that failed to cooperate with his office for having refused access to the country.

US Secretary of State John Kerry convened a joint meeting with foreign ministers of the five Central Asian nations in August in Washington following a similar regional meeting in Samarkand in November 2015. While the participating governments issued a general statement reaffirming a commitment to uphold human rights, Secretary Kerry did not publicly express concern about any specific human rights issues with the Uzbek government; it remains unclear whether he did so privately.

In July, however, the State Department downgraded Uzbekistan’s placement in the Trafficking in Persons report, a global human trafficking report, from the middle category, Tier II, down to Tier III—the worst category, acknowledging the government’s responsibility for widespread adult forced labor. For the eighth consecutive year, the State Department designated Uzbekistan as a “country of particular concern,” due to its serial violations of religious freedom, but the White House waived the sanctions envisaged under the statute, citing national security grounds.

Since April 2015, the World Bank has been working with the government to rejuvenate the irrigation system in several districts of Karakalpakstan, an autonomous republic in northwestern Uzbekistan. Recognizing this directly benefits Uzbekistan’s cotton industry, the bank agreed with the government that it would comply with national and international forced labor laws and that should there be credible evidence of violations, the bank could suspend the loan.

In the face of overwhelming evidence of forced labor in the project area, instead of suspending its loan, the bank increased its investments in Uzbekistan’s agriculture industry, by investing in its joint venture with Indorama Corporation, Indorama Kokand Textile, a leading cotton yarn producer in Uzbekistan. The World Bank’s private sector lending arm, the International Finance Corporation (IFC), in December 2015 loaned Indorama US$40 million to expand its textile plant, which uses solely Uzbek cotton.

In December 2015, Germany ended its controversial 13-year military use of Uzbekistan’s airbase in Termez. In March, German Foreign Minister Frank-Walter Steinmeier visited Uzbekistan, also in his capacity as chairperson-in-office of the Organization for Security and Co-operation in Europe. He failed to raise serious concerns in public on human rights issues.