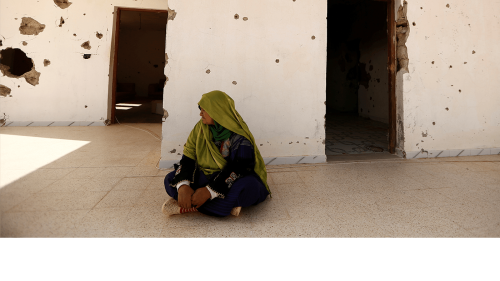 A reform of the code of criminal procedures gave detainees the right to a lawyer in pre-charge detention, thus improving their protection against torture, ill-treatment, and coerced confessions.

Tunisian lawmakers adopted laws establishing the High Judicial Council, a step that should enhance judicial independence and the constitutional court, a body that will have the power to strike down laws that are not in harmony with the constitution, including its chapter on rights and freedoms.These two institutions had not yet been set up at time of writing.

President Beji Caid Essebsi declared the state of emergency after a suicide attack on a bus killed 12 presidential guards; it remained in effect at time of writing after being renewed on September 16, 2016. The state of emergency is based on a 1978 decree that empowers authorities, after declaring a state of emergency, to ban strikes or demonstrations deemed to threaten public order, and to prohibit gatherings “likely to provoke or sustain disorder.” It gives the government broad powers to restrict media and to place persons under house arrest. 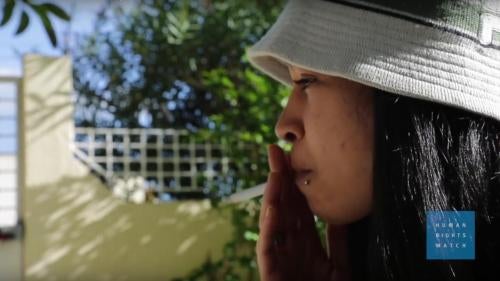 The 2014 constitution upheld many key civil, political, social, economic, and cultural rights. However, the constitution does not abolish the death penalty, even though authorities have observed a de facto moratorium on its application since the early 1990s.

Authorities made progress in harmonizing legislation with the constitution.  For example, on February 2, 2016, parliament adopted revisions to the Code of Criminal Procedure granting suspects the right to a lawyer from the onset of detention, and shortening the maximum duration of pre-charge detention to 48 hours, renewable once, for all crimes except for terrorism cases where pre-charge detention can last up to 15 days.

The 2014 constitution guarantees judicial independence and calls for establishing a Supreme Judicial Council (SJC). On November 16, 2015, parliament approved a law creating the SJC, whose functions will include making judicial appointments and overseeing discipline and the career progression of judges. The president, justice minister, and other executive branch officials are all barred from sitting on the SJC, unlike the discredited High Judicial Council (HJC) of the Ben Ali era.

Despite these positive steps, Tunisia had yet to carry out other extensive reforms to bring its legislation in line both with the constitution and international standards.

In 2011, the transitional authorities liberalized the press code and law pertaining to the broadcast media, eliminating most of the criminal penalties these laws impose on speech offenses. However, the penal code, Code of Military Justice, and the Telecommunications Law still contain articles that impose prison terms as a punishment for speech offenses.

On September 26, a military prosecutor charged journalist Jamel Arfaoui with “offending the army,” under article 91 of the Code of Military Justice, which provides for up to three years in prison for this offense. His accusation stems from an article he published on July 30, in which he questioned the lack of investigation by the army into a military plane crash that killed two officers. He was free pending trial at time of writing.

Penal code article 125 that criminalizes “insulting a public official” has served, in practice, as a means by which the police can arrest individuals—some of whom ended up being prosecuted and imprisoned—merely for arguing with police, for being slow to heed orders, or when they filed a complaint or were suspected of being likely to file a complaint against police.

A journalist and a blogger were prosecuted in 2016 under article 125. Moez Jemai, who works for an online newspaper, was arrested in Gabes, on September 18, and charged the following day with insulting the police. On September 19, well-known blogger Lina Ben Mhenni appeared before the first instance tribunal in Mednine on a charge of insulting the police. The case goes back to 2014 when she alleged she was beaten up by police in front of the Jerba police station.

Although ex-President Ben Ali’s security forces used torture extensively, authorities have failed in the five years since his overthrow to investigate or hold anyone accountable for the vast majority of torture cases. They also have held no one accountable for the politically motivated long-term imprisonment of thousands of persons after unfair trials during his tenure.

On December 24, 2013, the National Constituent Assembly (NCA) adopted the Law on Establishing and Organizing Transitional Justice.

The law sets out a comprehensive approach to addressing past human rights abuses. It provides criminal accountability via specialized chambers within the civil court system for human rights violations that occurred between July 1955 and December 2013.

The law also established a Truth and Dignity Commission tasked with uncovering the truth about abuses committed between July 1955, shortly before Tunisia’s independence from France, and the law’s adoption in 2013. The NCA elected 15 of the commission’s members on May 15, 2014. The commission declared that it had received 62.065 complaints from people alleging human rights abuses and had begun processing them. On November 17 and 18, the Truth and Dignity Commission held the first public hearings of victims of human rights violations. The hearings were aired live on national TV and radio stations.

The family and friends of ex-President Ben Ali diverted public funds and lands for their benefit, instrumentalizing state institutions such as public banks, the judiciary, and the police to benefit themselves and to punish those who resisted their business initiatives, according to the 2012 report of the National Commission to Investigate Corruption and Embezzlement.

In June 2016, parliament started debating the Law on Economic and Financial Reconciliation, which the government approved in 2015 with strong support from President Caid Essebsi. The bill, if adopted would halt ongoing and future prosecutions and trials of public servants and business people for financial corruption or misuse of public funds, provided that the person negotiates a “reconciliation” agreement with a state-run commission to repay unlawfully obtained money to the state treasury.

Tunisian security forces continued to clash sporadically with Islamist militants, causing casualties on both sides. On March 7, a group of militants attacked the town of Ben Guerdane, close to the border with Libya, targeting an army barracks and the homes of military officers. Thirty-six militants were killed in the battle that followed, along with 7 civilians and 12 members of the security forces.

In terrorism cases, a law adopted on February 2 gives to the investigative judge and prosecutor the authority to delay access to a lawyer for 48 hours after the beginning of detention, and empowers police to hold a terrorism-related suspect for up to 15 days.

Since the emergency law came into force in November 2015 at least 139 Tunisians have been confined without charge pursuant to indefinite house arrest orders that the police deliver orally, providing no document and thus hindering the ability of the affected person to mount a court challenge. The measures have created economic hardship, stigmatized those targeted and prevented them from pursuing their study or business.

The National Constituent Assembly in October 2013 approved legislation to create the High Authority for the Prevention of Torture. Parliament elected its 16 members only on March 30, 2016. The High Authority has the mandate to carry out unannounced inspections of detention sites.

In its concluding observations, after considering the third periodic report of Tunisia during its sessions held on April 19 and 21, 2016, the UN Committee against Torture welcomed constitutional and legislative progress in the fight against torture. However, it also noted with concern the persistence of torture in police custody, and the consistent reports of the lack of due diligence exercised by judges and judicial police during investigations into torture or ill-treatment.

Tunisia, long viewed as the most progressive Arab country with respect to women’s rights, marked additional strides in this field. The adoption of a gender parity requirement in the new electoral law required political parties to alternate male and females on each of their lists of candidates. This resulted in the election of 68 women to parliament in 2014, out of 217 seats. In June 2016, parliament adopted an amendment to the electoral law that required political parties to have at least half of their electoral lists headed by women, in future local and regional elections.

Parliament adopted a law on November 10, 2015 that allows women to travel with their minor children without getting permission from the children’s father.

While Tunisia’s personal status code gives women a wide array of rights, the code retains some discriminatory provisions, especially with respect to inheritance.

On appeal, their sentences were reduced to two months in the first case, and one month in the second.

On September 22 and 23, the UN Committee on Economic, Social and Cultural Rights examined the third periodic report of Tunisia during its 59th session. In its concluding observations, the committee inquired about the steps being taken to increase equality among regions and refugees’ access to education, employment, and basic services. It also expressed concern about the high rate of school dropouts, among other issues. The committee recommended that Tunisia increase accountability for social and economic rights violations by raising awareness among judges, prosecutors, and lawyers about these rights.

On September 14, the European Parliament adopted a resolution that voiced concern about the “current economic and budgetary difficulties inherent to the instability of the transition period” and called for increased financial support to Tunisia. It expressed concern at overcrowding, lack of food, and insanitary conditions in prisons, among other issues.

On October 28, Tunisia was elected to the UN Human Rights Council for a three-year term beginning in 2017.