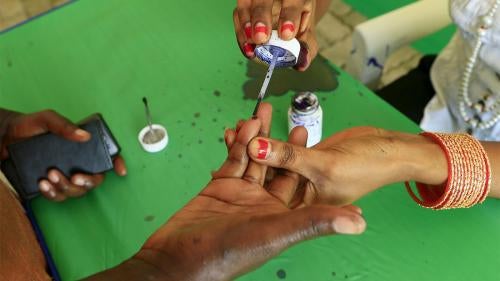 In a referendum in December 2015, Rwandan citizens overwhelmingly voted in favor of constitutional amendments that allow President Paul Kagame to run for a third term in 2017 and two additional five-year terms thereafter. Very few voices inside the country publicly opposed the move.

The referendum took place in a context of tight restrictions on freedom of expression. The Rwandan government continues to limit the ability of civil society groups, media, and international human rights organizations to function freely and independently and criticize its policies or practices.

Military and police arbitrarily arrested and detained people in unofficial detention centers, torturing and ill-treating some of them.

Civil society in Rwanda is very weak, due to many years of state intimidation and interference. The government remains hostile to criticism of its human rights record and strongly favors service-delivery over independent human rights reporting or advocacy.

Few Rwandan journalists challenge official government narratives or policies or investigate allegations of human rights abuses, especially against senior government officials. Many journalists engage in self-censorship. However, some radio and television debates and call-in programs have occasionally allowed space for discussion of more sensitive topics, such as the constitutional changes, the role of journalism, and illegal detention in so-called transit centers.

John Williams Ntwali, one of Rwanda’s few investigative journalists, was arrested in late January 2016 and accused of allegedly raping a minor. Judicial officials later changed the charge to indecent assault and eventually dropped the case for lack of evidence. Ntwali was released after 10 days. Prior to his arrest, he had been investigating a number of sensitive issues, including the circumstances surrounding the 2015 death of prominent businessman Assinapol Rwigara.

On February 3, police confiscated the computers of East African newspaper journalists Ivan Mugisha and Moses Gahigi. They had been investigating cases of alleged tax evasion and corruption. The police briefly detained and questioned Mugisha.

On August 8, John Ndabarasa, a journalist at Sana Radio, went missing. The police said they had opened an investigation, but his whereabouts remained unknown at time of writing. Ndabarasa is a family member of Joel Mutabazi, a former presidential bodyguard sentenced to life imprisonment in 2014 for security-related offenses.

Rwandan media organizations are advocating for the decriminalization of press offences and stronger self-regulation in the context of an ongoing review of the penal code and media laws.

All parties represented in parliament supported the constitutional amendments and the 2015 referendum. Only one registered party, the Democratic Green Party of Rwanda (DGPR), opposed the moves. There was limited competition during local elections in February and March. Political space remains very limited in advance of the 2017 presidential elections.

The DGPR and several unregistered opposition parties continue to face serious challenges, including arrests and harassment of members, preventing them from functioning effectively. Victoire Ingabire, president of the FDU-Inkingi, a party which has been unable to register, and several other opposition party members remain in prison.

Illuminée Iragena, a nurse and member of the FDU-Inkingi, went missing on March 26. People close to her fear she was detained and may have died in detention, although authorities neither confirmed nor denied her detention, reinforcing concerns that she may have been forcibly disappeared.

Just hours before Iragena went missing, Léonille Gasengayire, another FDU-Inkingi member, was arrested after visiting Ingabire in prison. The police detained her for three days, beat her, questioned her, and denied her access to a lawyer. She told the police that Iragena had helped to arrange the delivery of a book to Ingabire. The police released her without charge, but re-arrested her on August 23, and charged her with inciting insurrection or disorder among the population. They also accused her of stirring up local opposition to the expropriation of local residents and of promoting the FDU-Inkingi. She remained in pretrial detention at time of writing.

On September 18, Théophile Ntirutwa, Kigali representative of the FDU-Inkingi, was arrested, allegedly by military, in Nyarutarama, a Kigali suburb. He was detained, beaten, and questioned about his membership of the FDU-Inkingi. He was released two days later. Ntirutwa had complained several times to authorities about threats and harassment by local officials.

Several other opposition party members have also been arrested and briefly detained.

On February 29, the Rwandan government withdrew its declaration allowing individuals to file complaints with the African Court on Human and Peoples’ Rights, on the grounds that the declaration was being exploited by convicted genocide fugitives. The court was due to hear a complaint against Rwanda, brought by Victoire Ingabire. On September 5, the court ruled that the withdrawal would only take effect after one year and would not affect pending cases.

On March 31, a military court sentenced Col. Tom Byabagamba, former head of the presidential guard, and retired Brig. Gen. Frank Rusagara, former secretary general of the Defense ministry, to 21 and 20 years in prison respectively, including for inciting insurrection and tarnishing the government’s image. The prosecution had accused them of criticizing the government, alleging state involvement in assassinations of opponents, and complaining about foreign and economic policy. A prosecution witness said he was forced to testify against Rusagara and Byabagamba. Co-accused retired Sgt. François Kabayiza was sentenced to five years and said in court that military personnel had tortured him in detention.

As in previous years, authorities rounded up street vendors, sex workers, street children, and other poor people and detained them in so-called transit centers across the country. The conditions in these centers are harsh and inhumane, and beatings are commonplace. Authorities made a few changes to a center in Gikondo, in the capital Kigali, resulting in improvements to some facilities and infrastructure, but overall conditions did not significantly improve. Similar degrading conditions prevail in transit centers in Muhanga (Muhanga district), Mbazi (Huye district), and Mudende (Rubavu district).

Three security agents were sentenced to 10 years in prison for killing a street vendor in Kigali’s Nyabugogo bus station in May. The government opened several designated market places for former street vendors and said it would impose fines on street vendors and their customers operating outside these places.

In December 2015, the International Criminal Tribunal for Rwanda (ICTR) closed its doors after delivering its final judgement against former minister Pauline Nyiramasuhuko and five co-accused. Former mayor Ladislas Ntaganzwa, indicted by the ICTR , was arrested in December 2015 in the Democratic Republic of Congo and extradited to Rwanda, where his trial started in April.

Jean-Bosco Uwinkindi, a pastor, and Léon Mugesera, an academic and former government official, were sentenced to life in prison, respectively in December 2015 and April 2016, for genocide and crimes against humanity. Uwinkindi was the first case referred by the ICTR to Rwanda.

A court in London in December 2015 denied an extradition request for five genocide suspects (Vincent Brown or Bajinya, Charles Munyaneza, Célestin Mutabaruka, Emmanuel Nteziryayo, and Célestin Ugirashebuja). In the Netherlands, an appeal court in July overruled an earlier decision and allowed the extradition of Jean-Claude Iyamuremye and Jean-Baptiste Mugimba to Rwanda, which took place on November 12. Léopold Munyakazi, a professor, was extradited from the United States to Rwanda in September, and Jean Claude Seyoboka, a former military official, was transferred from Canada to Rwanda in November.

The US and European Union expressed concern about the lack of sufficient time and space for debate about the proposed amendments to the constitution and the conduct of the referendum. After President Kagame announced he would run again in the 2017 elections, the US expressed “deep disappointment” and called upon the Rwandan government to ensure and respect citizens’ rights to exercise their freedom of expression, conscience, and peaceful assembly.

In March, the UN Human Rights Council adopted the outcome of the Universal Periodic Review (UPR) of Rwanda. Rwanda accepted recommendations to ensure freedom of opinion and expression and promised to strengthen its policy on human rights defenders. In June, Rwandan authorities presented a roadmap on the implementation of the recommendations to civil society and donors.

The Human Rights Committee reviewed civil and political rights in Rwanda in March, expressing concern about torture in unofficial detention centers, government interference in the judiciary and enforced disappearances.