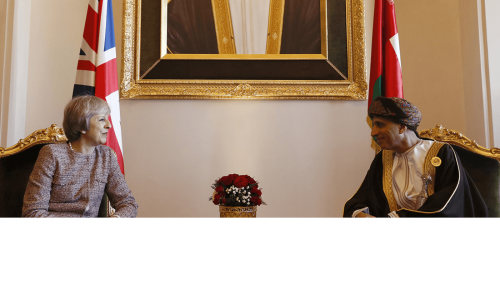 The government of Oman continued in 2016 to restrict the rights to freedom of expression, association, and assembly. Authorities continued to prosecute journalists, bloggers, and social media activists.

Oman’s kafala (sponsorship) immigrant labor system and lack of labor law protections leaves the country’s more than 140,000 migrant domestic workers exposed to abuse and exploitation by employers, whose consent they need to change jobs. Those who flee abuse—including beatings, sexual abuse, unpaid wages, and excessive working hours— have little avenue for redress and can face legal penalties for “absconding.”

Authorities, particularly from the Internal Security Service (ISS), continued to target pro-reform activists, particularly for views they expressed on social media platforms like Facebook and Twitter. Several bloggers and online activists were harassed, arrested, and sometimes detained up to several months for criticizing the authorities’ policies. Courts across the country sentenced activists to prison terms on the basis of vaguely defined laws that limit free speech, including through criminalizing “insulting the Sultan” and “undermining the prestige of the state.”

Authorities often have relied on provisions in the 2002 Telecommunications Act and 2011 Cybercrime Law to restrict freedom of expression online.

On February 8, a court of first instance in Sohar, northern Oman, sentenced Hassan al-Basham, a former diplomat and online activist, to three years in prison for insulting God and Sultan Qaboos bin Said al Said, who has led the country for over 45 years, in a series of Facebook and Twitter posts in which he discussed religious, political, economic, and social topics. On June 13, the Court of Appeals upheld al-Basham’s sentence, but struck down a fine related to the charge of “insulting the Sultan.” Al-Basham has been detained since May 3, 2016. Authorities had arrested al-Basham several times before, in 2011 and 2015.

On April 15, authorities arrested Abdullah Habib, a poet and film critic, after he appeared for investigation before the Special Division of the Omani Police General Command in the capital, Muscat, for his online posts. He was reportedly detained incommunicado, but was released from detention on May 4 without charge.

On April 28, Sulaiman al-Ma’mari, a journalist and human rights defender, was arrested and detained in Muscat without access to his family or a lawyer. Rights groups reported that al-Ma’mari’s arrest appears to be related to his calling for the immediate release of his friend and colleague, Abdullah Habib.

In August, authorities ordered the immediate closure of the Azamn newspaper and arrested at least three journalists affiliated with the paper following the publication of articles accusing senior judicial officials of corruption.

In September, the court of first instance in Muscat sentenced al-Maamari and al-Haj to three years in prison on charges that included disturbing public order, misuse of the internet, publishing details of a civil case, and undermining the prestige of the state. The court also sentenced al-Abri to one year in prison and ordered the permanent closure of the paper. Previously, Azamn and its journalists had been targeted for their peaceful dissent. In 2011, a court issued ordered Azamn to shut down for a month, and sentenced al-Ma’mari and al-Haj to five-month suspended jail sentences for insulting the justice minister and other officials.

On August 26, prominent Omani human rights defender Said Jaddad was released after serving a one-year prison sentence. In November 2015, Jaddad was arrested and transferred to Raza Prison, west of Shalala, to serve a one-year prison sentence for “inciting to break national unity and spreading discord within society” in relation to a blog post he wrote in October 2014. In this post, he compared the 2011 protests in Shofar to the 2014 protests in Hong Kong.

In March 2015, in a separate case, a Muscat court sentenced Jaddad to three years in prison on charges of “undermining the prestige of the state,” incitement to “illegal gathering,” and “using information networks to disseminate news that would prejudice public order” based on his online activities. These activities included a public letter he wrote to United States President Barack Obama asking him to press for human rights improvements in Oman. The Court of Appeals in Muscat later upheld his three years’ prison sentence, suspended for three years, and payment of a 2000 Omani Rials fine (US$5,200).

All public gatherings require official approval in advance; authorities arrest and prosecute participants in unapproved gatherings. Some private gatherings are also prohibited under article 137 of the penal code, which prescribes a punishment of up to three years in prison and a fine for anyone who “participates in a private gathering including at least 10 individuals with a view to commit a riot or a breach of public order.” Authorities sharply increased the penalties under article 137 after the pro-reform demonstrations of 2011.

On May 4, Dr. Talib al-Maamari, a former Shura Council member from Liwa, in Al Batinah Region, northern Oman, was released from prison three months prior to the end of his prison sentence, reportedly by a royal decree from Sultan Qaboos. In August 2014, a court of appeals in Muscat sentenced him to four years in prison on charges of “illegal gathering” and calling for anti-government demonstrations. The case stemmed from an incident in August 2013 in Liwa, when police used tear gas to disperse people blocking the port’s entrance to protest industrial pollution at the nearby port of Sohar. Authorities arrested al-Maamari two days after the protest, denying him access to a lawyer for over two weeks.

The United Nations Working Group on Arbitrary Detention in December 2014 characterized Dr. Talib al-Maamari’s detention as arbitrary, and stated that the government should release him immediately and compensate him.

Article 17 of the Basic Law states that all citizens are equal and bans gender-based discrimination. In practice, however, women continue to face discrimination. The Personal Status Law discriminates against women on matters such as divorce, inheritance, child custody, and legal guardianship. For instance, women can lose child custody if they re-marry, and men continue to hold guardianship of the child regardless of whether they have custody.

Oman has no laws prohibiting domestic violence and marital rape. Cases can only be brought under general assault or battery charges.

Migrant workers remained vulnerable to exploitation and abuse, due in part to the kafala (visa sponsorship) system that ties migrant workers to their employers and precludes them from changing employers without their current employer’s consent.

Human Rights Watch found female domestic workers in particular at high risk of abuse, since Oman’s labor law currently excludes domestic workers from its protections, and those who flee abuse have little avenue for redress.

Human Rights Watch documented abuse and exploitation of domestic workers, including employers frequently confiscating workers’ passports despite a legal prohibition; not paying workers their salaries, in full or at all; forcing them to work excessively long hours without breaks or days off; and denying them adepquate food and living conditions. In some cases, workers reported physical and sexual abuse. Migrant domestic workers who fled abusive employers reported facing “absconding” charges that can lead to imprisonment and deportation, trumped-up criminal charges by employers to force them to drop their cases, and lengthy delays when pursuing cases against employers.

The Omani penal code punishes consensual sex between men or between women with six months to three years in prison.

Oman has yet to ratify key international human rights treaties, including the International Covenants on Civil and Political Rights and on Economic, Social and Cultural Rights, although the government agreed to ratify the latter when the UN Human Rights Council last considered Oman under its Universal Periodic Review (UPR) process in 2015.

In March, Oman accepted, in full or in part, 169 recommendations out of the 233 recommendations it received during its second UPR cycle in November 2015. However, authorities rejected 36 recommendations, including those on freedom of expression, assembly, allowing women to pass their nationality on to their children, and ratifying the Covenant on Civil and Political Rights.

Both the US and the United Kingdom provide significant economic and military aid to Oman. Oman’s Western allies offered muted, if any criticism, of its human rights abuses in 2016, except in annual reports. In 2016, the US Trafficking in Persons Report downgraded Oman to its Tier 2 Watch List category, citing a decrease in the government’s anti-trafficking law enforcement efforts.