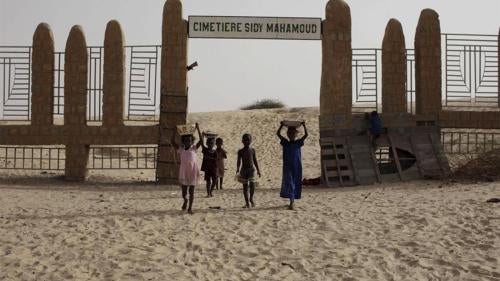 Malian civilians endured a situation of “no war, no peace” in 2016, as implementation of the previous year’s peace accord to end the military and political crisis in the north stalled, and armed groups linked to Al-Qaeda launched dozens of attacks on Malian security forces and international peacekeepers, extending their operations south.

The attacks, and the failure to disarm thousands of combatants from Mali’s 2012-2013 armed conflict, deepened a security vacuum, creating a precarious human rights climate for civilians in central and northern Mali. Civilians suffered increasing incidents of criminality, as well as the fall-out from clashes between armed groups. Long-delayed local elections were held on November 20, but violence and threats from armed groups prohibited voters in dozens of local administrative areas from taking part.

The insecurity undermined efforts by the Malian government and its international partners to strengthen the rule of law and deliver basic health care, education, and humanitarian assistance. Persistent intercommunal conflicts in central and northern Mali left dozens dead and were exploited by armed groups to garner support and recruits.

Government forces responded to attacks by Islamist armed groups with counterterrorism operations that often resulted in arbitrary arrests, executions, torture, and other ill-treatment.

Malian authorities made scant effort to investigate and hold accountable those implicated in recent abuses or those committed during the 2012-2013 armed conflict. Rule of law institutions remained weak. Corruption was endemic at all levels of government, further impeding Malians’ access to basic health care and education.

French forces and United Nations peacekeepers attempted to fill the security vacuum. The failure of the Malian government and armed groups to implement the 2015 peace accord and the spread of militant attacks to Burkina Faso and Cote d’Ivoire generated impatience and growing diplomatic engagement by the international community.

Throughout 2016, armed groups linked to Al-Qaeda, opposing ethnic Tuareg and Arab groups, and government-supported militia attacked each other, Malian soldiers and neutral peacekeepers, and to a lesser extent aid workers and other civilians. The increasing presence of Islamist armed groups in central Mali generated fear and engulfed more civilians in the conflict.

During 2016, Islamist armed groups executed at least 21 men, including civilians and members of armed groups, allegedly for being informants for the government and French engaged in counterterrorism operations.

Several civilians were killed by landmines and improvised explosive devices planted by some of these groups on major roads. In 2016, there were scores of attacks—the vast majority by bandits—on humanitarian agencies.

At least 23 UN peacekeepers with the Multidimensional Integrated Stabilization Mission in Mali (MINUSMA) were killed and 108 wounded in attacks by Islamist armed groups in 2016, bringing the total to 67 killed since MINUSMA’s creation in 2013. Armed groups linked to Al-Qaeda in the Islamic Maghreb (AQIM) took responsibility for most of these incidents, including a February attack that killed seven peacekeepers from Guinea, and two incidents in May that killed five peacekeepers from Togo and five from Chad.

AQIM claimed responsibility for the January kidnappings of a Swiss missionary in Timbuktu and an elderly Australian doctor in Burkina Faso. In October, an American aid worker was kidnapped from Niger, bringing the number of foreign hostages believed to be held by Islamist armed groups in Mali to six.

Government forces committed numerous violations against suspected supporters and members of Islamist armed groups in 2016, including the summary killing of at least five detainees, the torture of over a dozen suspects, and the mock execution and ill-treatment of many more.

Army soldiers and members of a pro-government militia, Groupe Autodéfense Touareg Imghad et Alliés (GATIA), meted out the most frequent and serious abuse. The abuses usually stopped after detainees were handed over to government gendarmes.

Some 20 men accused of crimes against the state and terrorist-related offenses were held outside the protection of the law within the headquarters of the state security services. Members of the security forces were also implicated in frequent acts of extortion, bribe taking, and theft, including from detainees. Security forces used excessive force to respond to demonstrations in Gao and Bamako, leaving at least four dead.

The military made little effort to investigate and hold to account soldiers or militiamen implicated in violations against civilians. However, progress was made in staffing and equipping the Military Justice Directorate in Bamako.

Progress in addressing impunity was evident in the trial of former coup leader Gen. Amadou Haya Sanogo and 17 co-defendants, including members of the Malian security services, for the 2012 abduction and killing of 21 elite “Red Beret” soldiers. The trial began on November 30.

However, the Malian government made scant progress in holding to account those responsible for many other violations committed during Mali’s 2012-2013 armed conflict. Serious crimes include the summary execution by armed Islamists of approximately 150 Malian soldiers in Aguelhok, sexual violence, and widespread pillage by various armed groups in the north, as well as the extrajudicial execution, enforced disappearance, and torture of suspected Islamist rebels by Mali’s security forces. With a few exceptions, judicial authorities failed to investigate over 100 complaints filed by victims and their family members.

The judiciary investigated some cases of sexual violence perpetrated in 2015 and 2016 by armed groups in the north, as well as a deadly incident of communal violence near the central Malian town of Dioura.

On September 27, the International Criminal Court (ICC) sentenced Malian Ahmad al-Faqi al-Mahdi, formerly with Ansar Dine, to nine years in prison for his role in destroying historical and religious monuments in Timbuktu in 2012. The trial was the ICC’s first prosecution for this war crime and the first time an ICC defendant pleaded guilty. ICC investigations in Mali are ongoing, but are limited in part because of the precarious security situation.

The Truth, Justice and Reconciliation Commission, established by executive order of the president in 2014 with a three-year mandate, made progress in 2016. In December 2015, the Council of Ministers approved the appointment of 14 commission members, and in May, an additional 10 commissioners were appointed. During 2016, the 25-member commission developed a work plan and commenced research into past violations. The credibility of the body was undermined by the government’s failure to sufficiently consult with a wide variety of stakeholders on the commission’s membership, mandated powers, and degree of independence. The commission’s inclusion of nine members of armed groups and lack of inclusion of those representing victims’ groups drew sharp criticism from Malian civil society.

The Malian judiciary countrywide was plagued by neglect and mismanagement, including insufficient staffing and logistical constraints. These shortfalls hindered efforts to address impunity for perpetrators of all crimes, contributed to violations of the right to due process, and led to incidents of vigilante justice. Due to the courts’ inability to adequately process cases, hundreds of detainees are held in extended pretrial detention.

In April, the government adopted a bill providing greater independence for the National Commission for Human Rights, and in September, adopted a five-year action plan to strengthen human rights and access to justice. In July, the National Assembly extended the state of emergency, first declared on November 21, 2015 in the aftermath of an attack on a hotel in Bamako, until March 2017.

Armed groups in the north, including those allied with the government, continued to recruit and use child soldiers. During 2016, at least seven schools in the north were at various times occupied by members of the armed groups. At least six children suspected of supporting armed groups were detained in state run detention centers, in contravention of a 2013 protocol stipulating that children were to be placed in a care center managed by the UNICEF, the UN children’s rights agency.

France and the United States took the lead on military matters, the European Union led on training and security sector reform, and the UN led on rule of law and political stability, though these actors were largely reluctant to publicly call for investigations into past and ongoing crimes.

The UN and several members of the international mediation team that negotiated the peace accord threatened targeted sanctions against those threatening Mali’s security.

In light of deteriorating security, the UN Security Council in June authorized an additional 2,500 personnel for MINUSMA to a maximum strength of 13,289 military and 1,920 police, included a more robust civilian protection mandate, and authorized French forces to intervene in support of MINUSMA forces in imminent danger.

MINUSMA forces on a few occasions engaged in excessive force, which in one occasion led to the death of a detainee near Aguelhok. At time of writing, the results of the UN boards of inquiry into the cases were pending.

Operation Barkhane, the 3,000-strong French regional counterterrorism operation launched in 2014 continued operations in Mali, Mauritania, Burkina Faso, Niger, and Chad. The US military provided logistical support to Barkhane and is building a major military and drone hub in Niger.

The EU Training Mission in Mali (EUTM) began its third two-year mandate to train the Malian army, and the EU Capacity Building Mission (EUCAP) continued training the Malian national guard, gendarmerie, and police forces. Since 2013, the UN Peacebuilding Fund has allocated $12 million to address unemployment, access to justice and education, and communal tension.

MINUSMA, the UN Development Programme, the EU, the Netherlands, and Canada took the lead in programs to support the justice sector and address corruption. The United States supported reform of military justice.

The UN independent expert on the situation of human rights in Mali, Suliman Baldo, conducted two missions to Mali.