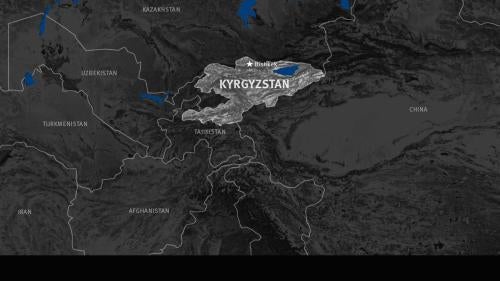 There were few meaningful improvements in Kyrgyzstan’s human rights record in 2016. Authorities failed to implement a March 2016 decision by the United Nations Human Rights Committee calling for imprisoned human rights defender Azimjon Askarov’s immediate release. As in recent years, the government did not take any steps to provide justice for the victims of interethnic violence in 2010. Impunity for ill-treatment and torture remains the norm. Violence and discrimination against women and lesbian, gay, bisexual, and transgender (LGBT) people continues.

Although parliament rejected a draft law on “foreign agents,” another bill discriminating against LGBT people is pending. In December 2015, Kyrgyzstan’s national security service banned a Human Rights Watch researcher from the country without reason.

Kyrgyzstan became a member of the UN Human Rights Council in January 2016.

A constitutional referendum was held in Kyrgyzstan on December 11, 2016. Amendments to the Constitution were supported by an overwhelming majority of voters, about 80 %, despite the y widespread criticism from civil society and opposition politicians.

In its joint opinion, the Organization for Security and Co-operation in Europe’s Office for Democratic Institutions and Human Rights (OSCE/ODIHR) and the Venice Commission found in August that the proposed constitutional amendments “would negatively impact the balance of powers by strengthening the powers of the executive, while weakening both the parliament and, to a greater extent, the judiciary.”

Authorities continue to deny justice to victims of the June 2010 interethnic violence in southern Kyrgyzstan and took no steps to review torture-tainted convictions handed down in the aftermath of the violence. Ethnic Uzbeks were disproportionately killed, and victims of arbitrary detention, ill-treatment, and torture, and house destruction during that violence.

Following a November 2015 visit to Kyrgyzstan, the OSCE high commissioner on national minorities, Astrid Thors, in May 2016 noted that “ethnic Uzbeks—the biggest minority in the country—remain severely under-represented in the Parliament.” The commissioner “encourage[d] the authorities to step up activities aimed at increasing the participation and representation of national minorities as well as ensuring full access to justice.”

Although the government acknowledges the problem of torture, impunity remains the norm. Criminal investigations into ill-treatment and torture allegations are rare, delayed, and ineffective, as are trials. After a five-year trial, a Bishkek appeals court in July upheld the acquittal verdict of four policemen charged in connection with the death in August 2011 of Usmanjon Kholmirzaev, an ethnic Uzbek who died of injuries sustained in police custody. At time of writing, no one had been held accountable for the torture leading to his death.

In its annual report issued in May, the National Center for the Prevention of Torture (NPM), an independent anti-torture body, concluded that “the Kyrgyz Republic does not fully ensure either in law or practice freedom from torture,” and noted some interference in its work. Authorities in 2015 registered 199 claims of torture, but initiated criminal investigations in only 34 cases, the NPM reported. Parliament in March rejected in its second reading a draft law that would have curbed the NPM’s independence.

In its March decision, the UN Human Rights Committee found that Askarov was arbitrarily detained, held in inhumane conditions, tortured, and otherwise mistreated without redress and not given a fair trial. The committee called on Kyrgyzstan to quash his conviction and release him immediately. The Office of the High Commissioner for Human Rights and human rights groups, including Human Rights Watch, echoed calls for Askarov’s immediate release. Kyrgyzstan’s Supreme Court in July considered the UN’s decision as new evidence in the case, and ordered a retrial, but did not order Askarov’s release. The retrial was underway at time of writing. Authorities in May ordered that Askarov’s house be confiscated, but his lawyer contested the order, which the state later withdrew.

After sustained efforts by Kyrgyzstan’s civil society and others against the adoption of a “foreign agents” bill, which would have required organizations that receive foreign funding and engage in broadly defined political activities to register as “foreign agents,” parliament voted in May to reject the bill.

Rights lawyer Nurbek Toktogulov in January sued President Almazbek Atambaev after the president publicly claimed that civil society had acted to destabilize the nation and upend 2015 parliamentary elections, but the court declined to consider his complaint. In June, rights defenders Aziza Abdurasulova and Tolekan Ismailova similarly sued the president for publicly smearing them in a May speech. A Bishkek court ruled in Atambaev’s favor, declining to award damages. In September, the decision was upheld on appeal.

In a February 2016 report, UN Special Rapporteur on the situation of human rights defenders Michel Forst expressed “his deep concern at the increase of verbal attacks, intimidation and harassment against civil society groups” and urged the government to “ensure that human rights defenders are able to carry out their legitimate work in a safe and enabling environment without fear of threats or reprisals of any sort.”

In December 2015, Kyrgyzstan denied entry to a Human Rights Watch Central Asia researcher based in Bishkek, informing her at the airport that she had been banned from the country. No written explanation was given for the ban to date, nor has the researcher been allowed to return. In late December 2015, UN special rapporteurs on the rights to freedom of peaceful assembly and of association and the situation of human rights defenders sent a joint letter to the government expressing “serious concern.”

Domestic violence against women and girls continues to be a serious problem. Limited services and police hostility obstruct survivors’ access to protection and justice. Pressure to keep families together, stigma, economic dependence, and fear of reprisals by abusers hinder some women from seeking assistance. Few domestic violence complaints reach the courts and police do not systematically enforce protection orders.

A new domestic violence bill, which aims to strengthen protections for domestic abuse survivors, was adopted in its first reading on June 30, after a parliamentary hearing in mid-June. The bill was put on the parliament’s agenda for November 2016, but had not been considered at time of writing.

On November 18, Kyrgyzstan’s president signed into law a bill that would introduce criminal sanctions of three to five years’ imprisonment for parents found responsible for allowing their underage children to marry, religious leaders for carrying out religious ceremonies for minors, and adults for marrying minors.

Parliament approved in its first reading on June 22 contentious amendments to Kyrgyzstan’s media law that ban foreigners from setting up media outlets in Kyrgyzstan and limit foreign funding of local media. Journalists and rights groups spoke out against the law. A second reading in parliament remained pending at time of writing.

In mid-December 2015, OSCE Representative on Freedom of the Media Dunja Mijatović called on Kyrgyz authorities to refrain from imposing disproportionate, excessive fines for civil defamation after a court upheld the ruling that Dayirbek Orunbekov, a journalist, pay 2 million som (US$27,750) in damages to the president. The journalist had written about the June 2010 events. In August 2016, the Prosecutor’s Office opened a criminal case against Orunbekov for failing to pay damages. In November 2016, the case was sent to court for consideration.

LGBT people in Kyrgyzstan experience ill-treatment, extortion, and discrimination by both state and non-state actors. There is widespread impunity for these abuses. On May 24, the law, order and fighting crime parliamentary committee returned Kyrgyzstan’s anti-LGBT bill, which would ban “propaganda of nontraditional sexual relations,” for a repeat second reading, where it then stalled. The bill appears aimed at silencing anyone seeking to openly share information about same-sex relations in Kyrgyzstan.

Following a live debate on LGBT rights on national television, Kyrgyzstan’s State Committee on National Security on June 14 summoned the editor-in-chief of Kloop.kg, an online media portal, for questioning about its coverage of the show. The television’s supervisory board also formally reprimanded its general director for airing the content. Also in June, Kyrgyzstan voted against a resolution at the UN Human Rights Council establishing the mandate of an independent expert to address violence and discrimination against LGBT people.

During a March 31 visit to Kyrgyzstan in his capacity as OSCE chairperson-in-office, German Foreign Minister Frank-Walter Steinmeier downplayed human rights concerns and focused on cooperation and counterterrorism. Steinmeier noted Kyrgyzstan’s “dynamic parliamentary democracy” enables it to play a “crucial role in bringing about stability.”

German Chancellor Angela Merkel on July 14 visited Kyrgyzstan to discuss bilateral relations with President Atambaev. Her visit came three days after the Supreme Court review of Askarov’s case. In her public comments, Chancellor Merkel did not comment on Askarov’s continued wrongful imprisonment, but said she hoped Kyrgyzstan would give Askarov a fair trial.

The European Union in January 2016 granted Kyrgyzstan GSP+ status, an instrument of the EU’s trade policy that grants tariff reductions for improved human and labor rights and environmental protections. The EU continued to use its annual human rights dialogue as the near-exclusive forum to raise human rights concerns, but issued a rare stand-alone rights statement on Askarov in April. The EU iterated that it “expects the Kyrgyz Republic to fully implement the recommendations of the Human Rights Committee.”