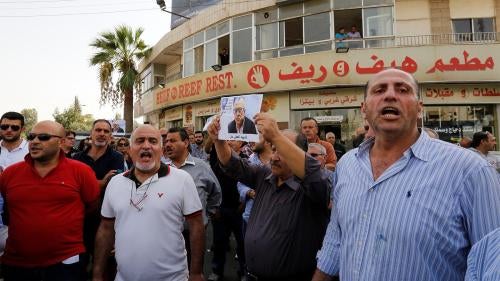 King Abdullah II dissolved Jordan’s lower house of parliament on May 29, 2016, after the resignation of Prime Minister Abdullah Ensour, who had been in office since October 2012. Elections for Jordan’s 130-seat House of Representatives took place on September 20 under a new list-based electoral system, resulting in the election of 20 women, including five who won competitively outside the women’s quota.

In March 2016, under instruction by King Abdullah, Jordanian authorities launched the Comprehensive National Plan for Human Rights, a 10-year initiative that calls for changes to numerous laws, policies, and practices. Positive changes included a commitment to allow suspects the right to a lawyer at the time of arrest and to move jurisdiction over crimes of torture and ill-treatment from the police court to regular courts. Bassel Tararwneh, Jordan’s governmental human rights coordinator, facilitated government interaction with local and international nongovernmental organizations (NGOs) and held open consultation sessions on human rights issues.

In March 2016, Jordanian authorities proposed sweeping amendments to the country’s association law that, if implemented, will hamper the ability of NGOs to form and operate. 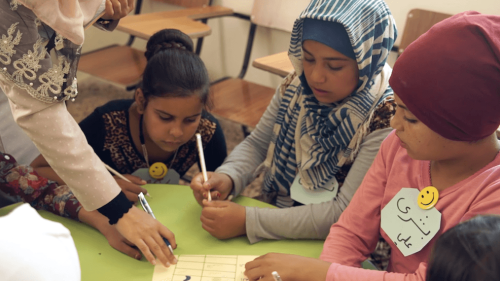 Jordanian law criminalizes speech deemed critical of the king, foreign countries, government officials and institutions, as well as Islam and speech considered to defame others.

On June 14, Jordanian authorities detained university professor and popular Islamic preacher Amjad Qourshah in connection with an October 2014 video posted to his Facebook page in which he criticized Jordan’s participation in the US-led coalition bombing of the Islamic State, also known as ISIS. Authorities released him on bail in early September, but at time of writing he remained on trial before the State Security Court charged with exposing Jordan to the danger of hostile acts, a counterterrorism law provision. Authoriites defended Qourshah’s arrest as a measure to combat hate speech and extremist thought.

On August 14, authorities detained writer Nahed Hattar after he posted a cartoon on his Facebook page critical of ISIS. The cartoon depicted an ISIS fighter in bed with two women ordering God to bring him wine. Authorities charged him with insulting religion under article 278 of the penal code. Authorities stated that Hattar’s arrest was intended to prevent defamation of religion. Hattar was later murdered on September 25 while entering an Amman court to attend a trial session.

Jordanian authorities increasingly relied on press gag orders in 2016 to prevent public reporting on sensitive issues. In 2016, authorities imposed gag orders on news stories such as: a complaint by orphans against the Ministry of Social Development; a street assault on an Egyptian worker in Jordan; a security operation in the northern town of Irbid in March in which seven militants and one policeman were killed; an attack on a General Intelligence Directorate (GID) office north of Amman that led to four deaths; and the cases of Amjad Qourshah and Nahed Hattar.

On August 29, Jordan’s media commission prohibited local press outlets from publishing any news about the king or the royal family other than information circulated by the royal court.

A legislative overhaul of the penal code was put to parliament in 2015 proposing to amend at least 180 articles of the 1960 code. At time of writing, lawmakers had still to pass the reforms. For the first time, the draft amendments provided alternatives to imprisonment, such as community service.

In March, Jordan’s Ministry of Social Development issued a group of amendments to Jordan’s 2008 Law on Associations. If enacted, the changes would severely hamper the ability of NGOs to form and operate. The amendments place onerous restrictions on the establishment of civil society groups and grant the government legal authority to dissolve groups on vague grounds or deny their ability to obtain foreign funding without justification. By November, the amendments were still under consultation and had not been submitted to parliament.

Since the amended Public Gatherings Law took effect in March 2011, Jordanians no longer require government permission to hold public meetings or demonstrations. However, Amman hotels and other venues continued to seek permission to host public meetings and events. In April, authorities cancelled a concert by the popular Lebanese music group Mashrou' Leila, reportedly over the claim that their songs “contain lyrics that do not comply with the nature of the Jordanian society.” Authorities reversed the decision the day before the concert was to be held, but organizers said they did not have time to stage it.

Between 2011 and 2016, over 656,000 persons from Syria had sought refuge in Jordan, according to the United Nations High Commissioner for Refugees (UNHCR). Of these, approximately 79,000 were housed at the Zaatari Refugee Camp in northern Jordan; 54,000 were registered in Azraq Camp, 100 kilometers east of Amman; and 7,300 were at the Emirates Jordan Camp in Zarqa Governorate. The rest were living outside refugee camps.

Jordanian officials stated that the country did not receive enough international financial assistance in 2016 to cope with the effects of the refugee crises on its public infrastructure, especially in the areas of public education and health. The UNHCR Jordan office, which coordinates the refugee response, said that by November it had raised only 57 percent of its US$1.1 billion budget goal for 2016.

In February, authorities announced the Jordan Compact at the “Supporting Syria and the Region” conference in London, which aims to promote economic growth in Jordan and improve the livelihoods of Syrian refugees by granting new legal work opportunities. By November, at least 28,000 work permits for Syrians had been issued by labor authorities.

Between January and June 21, Jordanian authorities severely restricted the Rukban and Hadalat informal border crossings with Syria in the eastern part of the country. These restrictions stranded tens of thousands of Syrian asylum seekers at an earthen berm just inside Jordan’s border for days and weeks in harsh desert conditions with limited access to food, water, and medical assistance. Between March 9 and June 21, authorities transported over 20,000 Syrians from the berm to a fenced area of Azraq Camp for additional security processing.

On June 21, a suicide car bomb attack on a Jordanian military base near Rukban killed seven Jordanian soldiers and security officers, prompting authorities to classify the Jordan-Syria border as a closed military zone and halt humanitarian assistance to nearly 70,000 Syrians at the berm, other than water. Authorities allowed the resumption of humanitarian assistance in late November at a new distribution point seven kilometers northwest of the Rukban camp.

In 2016, around 80,000 Syrian children in Jordan were not in formal education. Jordan’s Ministry of Education took steps to address obstacles to access to education such as relaxing documentation requirements, doubling the number of schools operating “double shifts” to create spaces for up to 50,000 more Syrian students, and establishing a “catch-up” program to reach another 25,000 children ages 8 to 12, who have been out of school for three or more years.

Article 9 of Jordan’s nationality law does not allow Jordanian women married to non-Jordanian spouses to pass on their nationality to their spouse and children. By September 2016, Jordanian authorities distributed at least 56,000 special ID cards to non-citizen children of Jordanian women, but affected persons reported officials’ lack of follow-through on other “privileges” for these children announced in 2014, especially acquisition of work permits and drivers’ licenses.

Penal code articles 98 and 340, which allow reduced sentences for perpetrators of “honor crimes,” remained in force. According to the Sisterhood is Global Institute/Jordan, news reports indicated that at least 26 women and girls were killed between January and November, some of which perpetrators claimed were “honor crimes”.

Jordanian authorities did not carry out any executions between January and November 2016, down from 2 in 2015 and 11 in late 2014, when it ended an eight-year de facto moratorium.

In January, police court prosecutors filed torture charges under penal code article 208 against five policemen in connection with the September 2015 death in detention of 49-year-old Omar al-Nasr. It is only the second known instance in which torture charges have been filed against police, and the trial was ongoing as of September. In July, following a three-year trial, the Police Court cleared seven drug squad officers accused of involvement in the March 2013 death in detention of 33-year old Sultan al-Khatatba.

Local governors continued to use provisions of the Crime Prevention Law of 1954 to place individuals in administrative detention for up to one year in circumvention of the Criminal Procedure Law. The National Center for Human Rights reported that 19,860 persons were administratively detained in 2015, some for longer than one year.

In September, Jordan’s council of ministers approved amendments to the Crime Prevention Law that institutionalize informal tribal practices including the jilwa, which involves banishing family members of the alleged perpetrator of a murder from their area of residence as part of a settlement between tribes.

Authorities justified the change on the pretext that it would limit the jilwa to direct family members rather than extended family members, but the move nevertheless gives officials the authority to punish individuals for a crime they did not commit. The draft amendments had not been submitted to parliament for approval at time of writing.

Jordan received approximately US$1.4 billion in economic and military assistance from the United States in 2016 according to the Congressional Research Service. The assistance is part of a three-year memorandum of understanding in which the US pledged to provide $1 billion in aid to Jordan annually, up from $660 million in recent years. The US did not publicly criticize human rights violations in Jordan in 2015, except in annual reports.

In April, Jordan and Saudi Arabia announced the formation of a joint investment council to oversee investments in Jordan by the Saudi Public Investment Fund, which are expected to total billions of dollars. The two countries are also reportedly working on agreements over nuclear power cooperation and uranium extraction.