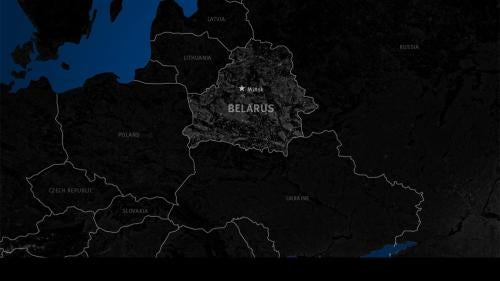 Belarus’ human rights friendly rhetoric was not supported by genuine human rights improvements in 2016. The death penalty remains in use. Officials continue to prosecute human rights activists and critical journalists on spurious charges. Legislative amendments further restricted freedom of expression by expanding the definition of “extremism” and by banning dissemination of certain types of information among children under the false pretense of protecting them. International observers recognized some progress during the September parliamentary elections, but called for additional reforms.

The European Union lifted sanctions, citing releases of political prisoners and improved elections. The European Bank for Reconstruction and Development ended restrictions on lending to state entities. Authorities continue to refuse to cooperate with the United Nations special rapporteur on Belarus.

In October, the government finalized an action plan to implement recommendations made by UN human rights treaty bodies and the Human Rights Council in the country’s Universal Periodic Review. The government did not consult independent civil society, and the plan lacks specifics and does not adequately address civil and political rights.

Belarus remains the only European country with the death penalty. There were no steps in 2016 to introduce a moratorium or abolish it.

Ivan Kulesh and Siarhei Khmialeuski were executed in November 2016. Siarhei Ivanou, sentenced in 2015 for murder, was executed in April, although his complaint about violations of his rights was pending before the United Nations Human Rights Committee.

Death sentences were issued to Henadz Yakavitski for murder, Siarhei Khmialeuski for three murders, and Siarhei Vostrykau for rape and two murders. All three sentences were upheld on appeal.

Although in 2015 Belarussian President Aliaksander Lukashenka pardoned six men sentenced in politically motivated trials, their criminal records were not expunged, preventing them from occupying governmental jobs or standing in elections; authorizing police to question them frequently; and preventing their international travel.

Elena Tonkacheva, a human rights lawyer and chair of the Legal Transformation Center who had been forced from Belarus in February 2015 with a three-year entry ban, appealed for it to be shortened, but the appeal was rejected in January 2016. A second appeal was also denied in October 2016.

Also in January, a Minsk court found youth activists Maksim Pekarski, Vadzim Zharomski, and Viachaslau Kasinerau guilty of criminal hooliganism and fined them US$300-500 for public graffiti in August 2015. Local activists consider the decision to press criminal rather than administrative charges to be politically motivated. In March, an appeals court upheld the sentence.

Mikhail Zhamchuzhny, a founder of the prisoner’s rights group Platform Innovation, was sentenced in 2015 to six-and-a-half years’ imprisonment for allegedly disclosing official secrets after publishing information about police abuse he obtained from a police officer. In July, he complained that prison officials denied him access to necessary medical care and interfered with his filing an appeal against his sentence.

In April, a Minsk court found Aliaksandr Lapitski, 80, guilty of insulting President Lukashenka and other authorities after numerous letters appealing against his son’s 2011 conviction and accusing the president of organizing the 2011 Minsk metro bombing. The court deemed Lapitski “legally incompetent” and sentenced him to forced treatment in a closed psychiatric institution for up to one year. He began serving his sentence in November, after losing all appeals.

In September, the Prosecutor’s Office denied a request by the Turkmenistan government to extradite Chary Annamuradov, a former dissident and journalist, who traveled to Belarus for a vacation. Annamuradov fled persecution in Turkmenistan in 1999 and received asylum in Sweden in 2003.

From January to April, police did not disperse unsanctioned assemblies or detain participants, but continued to levy administrative charges and heavy fines against them.

In late April, Minsk traffic police and riot police dispersed a monthly event of the apolitical Critical Mass cycling movement, and detained six people, including one nongovernmental monitor. Police forced detainees onto the floor of a police bus, punched them, threw their bicycles on top of them, and brought administrative charges of disorderly conduct and violating traffic violations against them. Authorities brought additional criminal charges against Stanislau Kanavalau and Dzmitry Paliyenka for allegedly resisting police and grabbing their uniforms. Kanavalau was released, while Paliyenka stayed in pretrial detention until October, when a court convicted him and handed him a suspended two-year prison sentence.

Police detained Zhukouski and Aliaksei Atroshchanka in June as the journalists prepared a video about a business where workers complained about low wages in Loyeu, Homel region. Zhukouski alleged police beat him, and filed a complaint. In response, authorities charged and fined him for disorderly conduct, insulting police, and petty hooliganism.

In January, Minsk police beat and detained Pavel Dabravolsky as he filmed how police detained two activists holding a “No to Political Prosecution!” banner outside a court. Dabravolsky sustained minor injuries. An internal police inquiry found that the use of force was justified. Dabravolsky was fined for contempt of court and disobeying police orders. Dabravolsky claimed he did not resist police.

In an August closed hearing, a Minsk court found nine publications from 1863x.com, a news and analytical website often critical of the government, to be “extremist” in nature, alleging some content contained pornography and incited ethnic hatred, but relied exclusively on a state expert’s analysis. The site’s administrator, Eduard Palchys, and his lawyer had to sign a non-disclosure agreement prohibiting them from speaking publicly about the trial. After the criminal investigation opened last year, Palchys fled, but Russian authorities detained him in January 2016 and extradited him in May. Palchys remained in detention until October, when he was convicted in a closed trial and sentenced to one year and nine months of supervised parole, including restrictions on his movements.

Through August, the Information Ministry blocked at least six websites for allegedly distributing information about illegal narcotics, and was able to block websites without judicial review. None of the website owners received warnings first. The ministry also issued at least twelve warnings to eight media outlets and four news websites through June. After two warnings, the ministry may request a court-ordered closure.

Parliament adopted a vaguely worded bill in May on “protecting children from information harmful for their health and development.” These provisions may be used to restrict dissemination of neutral or positive information about lesbian, gay, bisexual, and transgender (LGBT) people as “discrediting the institution of the family.”

In March, the Supreme Court deemed lawful the Justice Ministry’s fourth refusal to register the Human Rights Association “For Fair Elections.” The group’s founders believe this fourth denial since 2011 was arbitrary and politically motivated.

International observers monitoring the September parliamentary elections noted some improvements, but urged further reforms. The Organization for Security and Co-operation in Europe Office for Democratic Institutions and Human Rights (OSCE/ODIHR) found the elections “were efficiently organized but a number of long-standing systemic shortcomings remain.”

The Parliamentary Assembly of the Council of Europe (PACE)’s pre-electoral statement called for reforms “to ensure a thoroughly competitive political environment.” The EU echoed these concerns. The UN special rapporteur on Belarus said the “elections proved a clear lack of political will to promote and protect human rights in Belarus.”

Belarus continued political “rapprochement” with European governments and institutions. These actors strengthened their relations despite a lack of tangible rights improvements.

The government continued to oppose and refused to cooperate with UN Special Rapporteur on Belarus Miklos Haraszti, appointed in 2012. In June, the UN Human Rights Council renewed the rapporteur’s mandate for another year.

In February, the EU lifted sanctions on 170 individuals and 3 companies, citing release of “all the remaining political prisoners” and 2015 presidential elections free from violence.

The EU’s special representative for human rights, Stavros Lambrinidis, visited in March and had meetings with officials, political party representatives, and nongovernmental groups, and called on Belarus to end the death penalty at an international conference but did not publicly condemn other human rights abuses.

In June, the EU and Belarus held their third human rights dialogue, the first to occur in Minsk. Topics included freedoms of expression, assembly and association; elections; the death penalty, torture and ill-treatment; and disability rights. The concrete outcomes were not known at time of writing.

The European Bank for Reconstruction and Development reviewed its Belarus strategy in September and removed restrictions on support for state projects. The bank noted that “the situation of human rights in the country has not undergone a systemic change and remains a subject of concern,” but claimed Belarus had a “constructive role” in the region and authorities showed “more openness” to discussing human rights.

The EU, the Council of Europe’s secretary general, PACE rapporteurs, and ODIHR’s director repeatedly criticized the application of the death penalty in Belarus and called for a moratorium.