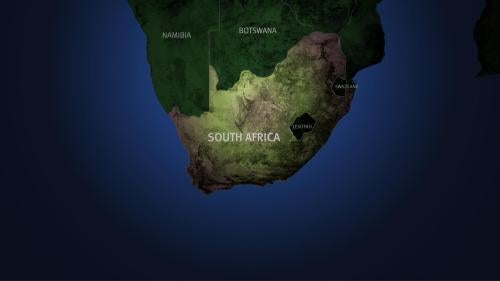 South Africa continued to face a number of human rights challenges, as the government struggled to stop attacks on businesses and homes of refugees, asylum-seekers, and migrants, denying they were motivated by xenophobia or other forms of intolerance.

The report of the Farlam Commission of Inquiry into the deaths of 44 people, including the police killing of 34 miners in 2012, was finally published, but civil society groups and the families of the deceased and injured expressed disappointment with the findings.

President Jacob Zuma continued to face criticism over his handling of a 2014 report by Public Protector Thuli Madonsela about the president’s alleged misuse of state funds for a security upgrade to his private residence in Nkandla, Kwa Zulu Natal. Human Rights Watch criticized the government for its failure to realize the right to education for an estimated half-a-million children with disabilities.

In June 2015, South African authorities violated a domestic court order and its international obligations as a member of the International Criminal Court when it permitted President Omar al-Bashir of Sudan to leave the country without arrest. Bashir, who faces charges of genocide, war crimes, and crimes against humanity in connection with the conflict in Darfur, was in South Africa for an African Union (AU) Summit.

Violence against women, including rape and domestic violence, remained very high. Although annual crime statistics released by the South African Police Services showed that sexual offences decreased slightly by 3 percent, many gender activists and human rights groups expressed concerns about the continued under-reporting of rape and the failure of the government to introduce a national strategy to combat violence against women.

Serious concerns remained about the conduct and capacity of the South African Police Services (SAPS). A number of incidents in 2015 highlighted police brutality and the use of excessive and disproportionate force.

On November 11, a South African judge sentenced eight former policemen to 15 years in prison for the 2013 murder of Mido Macia, a Mozambican taxi driver.

Three months earlier, the Pretoria High Court had found them guilty of murdering Macia, who died in police custody after being tied up by his arms to a police truck and dragged behind along the tarmac road.

In August, 10 police officers were arrested and charged with torturing and murdering Khuthazile Mbedu who was allegedly assaulted and tasered in Tembisa, east of Johannesburg. One of his legs was broken during the incident and he died in police custody four days later. The police officers are on bail pending trial at time of writing.

In August, the Independent Police Investigation Department launched an investigation into a video that showed two police officers in Douglasdale, Johannesburg, on August 18, apparently assaulting a man during a routine stop and search. The two officers have been suspended pending investigations.

Inquiry into Killing of Marikana Miners

On June 25, the government published the report of the Farlam Commission into the deaths of 44 people, including the police killing of 34 miners, between August 11 and 16, 2012, during a strike at the Lonmin mine in Marikana. The commission’s report was significantly delayed due to loss of documents (including video evidence), the death of witnesses, and a legal battle over state funding for lawyers representing the families of the miners killed, injured, or arrested.

The commission called for a full investigation to determine whether any police officers were criminally responsible and called for an inquiry into whether National Police Commissioner Victoriah Phiyega and North West Provincial Police Commissioner Lieutenant Zukiswa Mbombo were fit to hold office. On October 14, President Zuma suspended Phiyega. The commission recommended that a panel of experts be set up to revise policing methods and investigate new tactics for crowd control that do not involve "weapons capable of automatic fire."

The commission also criticized the mining unions and Lonmin mining company for not doing enough to resolve the original dispute over pay and accommodation.

The commission exonerated Deputy President Cyril Ramaphosa, who was a non-executive director at Lonmin, of any wrongdoing. Lawyers representing injured and arrested mine workers had accused Ramaphosa of using his political influence to press for police action against the striking mine workers. The commission also cleared the then-minister of police and the minister of mines.

Some civil society groups and the families of deceased and injured mine workers were disappointed by the commission’s findings. They said the commission ignored key evidence presented by mine workers who testified and instead relied heavily on police description of the events.

In April 2015, thousands of people looted foreign-owned shops and attacked non-South African nationals in Durban, KwaZulu-Natal province. Several people died and the United Nations High Commissioner for Refugees said an estimated 2,400 people were internally displaced. The targets of the widespread violence were immigrants of African origin, mostly from Zimbabwe and Somalia. The xenophobic attacks spread to parts of Johannesburg before authorities deployed the army to stop the violence. In October, xenophobic violence displaced more than 500 people in Grahamstown, in the Eastern Cape Province.

Statements by traditional leaders and government officials may have fueled the violence. On March 21, 2015, Zulu King Goodwill Zwelithini told media that foreigners should “pack their bags and go home.” The government did not publicly and unambiguously condemn Zwelithini’s reckless and inflammatory statements.

Although the police arrested at least 22 people following the violence, authorities neither thoroughly investigated nor successfully prosecuted those involved. No one was held to account for the attacks.  Authorities also failed to prosecute those who had incited the violence against foreign nationals.

Government officials denied the violence was motivated by xenophobia or other forms of intolerance and said it was a result of “pure acts of criminality.” Secretary General of the African National Congress (ANC) Gwede Mantashe told media in April 2015 that he believed the solution to xenophobia was to establish refugee camps. Xenophobic violence in 2008 led to the deaths of over 60 people across the country.

Rights of Children and People with Disabilities

Contrary to the government’s international and domestic obligations, many children are turned away from mainstream schools and referred to special schools by school officials or medical staff simply because they have a disability. The referrals system needlessly forces children to wait for up to four years at care centers or at home for placement in a special school. Many children with disabilities have to pay school fees to access special schools.

South Africa became the first country to endorse the Safe Schools Declaration at a global conference in Norway in May 2015. By joining the declaration, it agreed to protect students and education in times of conflict, and to avoid using educational building for military purposes.

South Africa has a progressive constitution that prohibits discrimination on the basis of sexual orientation and protects the human rights of lesbian, gay, bisexual and transgender (LGBT) people. The Department of Justice and Constitutional Development has taken significant steps to improve coordination between government and civil society in combatting violence (including rape and murder) against lesbians and transgender men.

South Africa’s inconsistent foreign policy once again came to the fore in 2015.  While South Africa regularly supports conflict mediation efforts on the continent, it has proven reluctant to protect the rights of victims at the UN Human Rights Council, and at times taken decisions contrary to its stated human rights principles.

In 2015, South Africa continued its peace mediation efforts in a number of conflicts on the continent mainly through Deputy President Ramaphosa, the special envoy to South Sudan and Lesotho. South Africa also used its chairing of the Southern African Development Community (SADC) Organ on Defence, Politics, and Security Cooperation, as well as the African Union Peace and Security Council, to support continental peace and security initiatives.

South Africa firmly supported the establishment of the International Criminal Court (ICC) and has been a key supporter of international justice. But in June 2015, it violated a court order and permitted President Omar al-Bashir of Sudan to leave the country despite South Africa’s international legal obligations to arrest him on two ICC warrants. Bashir, who faces charges of genocide, war crimes, and crimes against humanity in connection with the conflict in Darfur, was in South Africa from June 13 to 15 for an AU Summit. The domestic case was brought by the Southern Africa Litigation Centre (SALC) to compel South Africa to abide by its domestic and international legal obligations. Government officials strongly criticized SALC for this effort.

In September 2015, the North Gauteng High Court rejected the South African government’s application to appeal in the Bashir case. The ruling reaffirmed that South Africa was obliged under domestic and international law to arrest Bashir if he was within South African territory. In October 2015, the ruling ANC said the government should seek to withdraw South Africa from the ICC, a call criticized by human rights defenders and civil society groups across the country.

At the UN Human Rights Council, South Africa is a strong supporter of the council’s engagement on issues like racism and the council’s action on the Occupied Palestinian Territories. It has also participated actively in the Universal Periodic Review process, a review of the rights records of all UN member states. However, its voting record on country specific situations and some rights issues has been considerably disappointing.

Despite country resolutions playing a key role in shedding light on abuses and giving a stronger voice to victims, South Africa has justified its actions in opposing country resolutions by arguing that it does not support the council’s work on country-specific situations because such measures and resolutions are perceived as highly politicized and divisive.