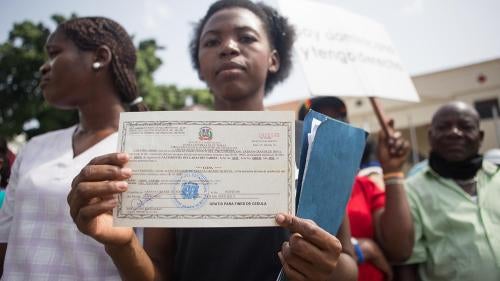 The Dominican Republic’s treatment of Haitian migrants and Dominican citizens of Haitian descent dominated human rights developments in 2015. Government authorities are still responding to a 2013 Constitutional Tribunal ruling that stripped citizenship from tens of thousands of Dominicans of migrant descent, mostly of Haitian origin, by dual policies of re-registering denationalized citizens and carrying out mass deportations. At the same time, the government began its first comprehensive effort to regularize the status of undocumented migrants, mostly Haitians.

In November 2014, the Constitutional Tribunal also broadly jeopardized human rights protections when it declared the government’s 1999 accession to the jurisdiction of the Inter-American Court of Human Rights (IACrtHR) unconstitutional. The decision created a legal limbo that remains unresolved.

A 2013 ruling by the Dominican Constitutional Tribunal retroactively stripped Dominican nationality and citizenship from tens of thousands of people. According to estimates by the United Nations High Commissioner for Refugees, the decision affected more than 200,000 people, though the government says the number is closer to 100,000. 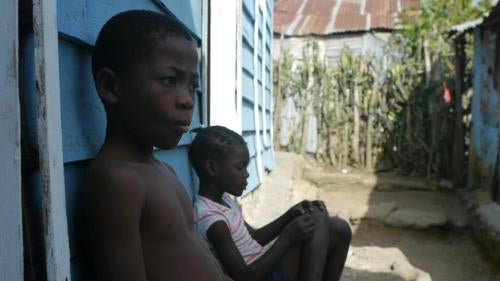 In 2014, President Danilo Medina’s administration adopted a Naturalization Law designed to mitigate the ruling. While the law was meant to restore various citizenship rights to those affected by the 2013 decision and provided a promising legal framework, its implementation has been fraught with flaws. Many eligible people have been unable to resolve their citizenship status and remain at risk of deportation.

Between June 2014 and June 2015, the government also implemented a national “regularization” plan to legalize the status of hundreds of thousands of undocumented migrants—mostly Haitians—who had been living and working in the Dominican Republic before 2011. By the end of the regularization period in June 2015, more than 288,000 individuals had submitted applications to regularize their status.

Officials reported that, in the summer of 2015, more than 66,000 immigrants voluntarily returned to Haiti. Rights groups, however, have challenged the “voluntary” nature of these returns, as some migrants report having been forcibly removed, or having fled the country for fear of mob violence. Acts of vigilante violence against Haitians punctuated the regularization process, including the lynching of a Haitian man in February and the murder of another Haitian man in August.

Rights groups have also raised concerns regarding the lack of clear deportation protocols and the possibility of racial profiling in the deportation process.

While the government has created “model prisons” as part of a program to improve prison conditions, the majority of inmates remained in severely overcrowded traditional facilities. As of August, more than 26,000 prisoners were held in a system with an intended capacity of 14,000. La Victoria, the largest prison in the country, had an official capacity of 2,000 yet holds more than 8,000 inmates.

Violence against women and girls remains a problem. The National Police has a dedicated unit to respond to such cases. However, between January 2008 and October 2014, the National Police reported more than 1,300 deaths due to gender-based violence. A bill proposing a series of judicial reforms to address the problem was still pending before the lower house of Congress at time of writing.

In late 2014, the Dominican Republic decriminalized abortion in cases of rape, incest, certain fetal malformations, and when the pregnancy threatens the life of the woman. In December, the high court ruled that the reform was unconstitutional and reinstated an absolute criminal prohibition on abortion dating from the 19th century.

The constitution of 2010 defines marriage as between a man and a woman. The law offers no comprehensive provisions against discrimination against lesbian, gay, bisexual, and transgender (LGBT) people. In 2015, LGBT rights groups reported instances of discrimination and violence, including murder, particularly against transgender individuals.

In November 2014, the Constitutional Tribunal ruled that the Dominican Republic’s 1999 accession to the jurisdiction of the IACrtHR was unconstitutional because it was enacted by a presidential decree and not ratified by lawmakers. Such a ratification was not required by the constitution then in force.

National and international legal experts decried the ruling as a violation of the country’s obligations under the American Convention on Human Rights. The government has not formally withdrawn from the convention, nor has it ratified the jurisdiction of the IACrtHR, creating a situation of legal uncertainty that calls into question the juridical security of all treaties in the Dominican Republic.