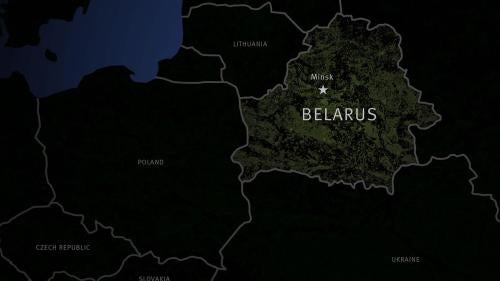 President Aliaksander Lukashenka released on humanitarian grounds six opposition figures who had been imprisoned on politically motivated charges, but the overall human rights situation in Belarus did not improve.

Observers deemed the October presidential elections insufficiently transparent and flawed due to significant irregularities with vote counting. While Belarus held its first human rights dialogue with the European Union since 2009, authorities continued to refuse cooperation with the United Nations special rapporteur on Belarus. In a positive development, in September, Belarus signed the Convention on the Rights of Persons with Disabilities but has yet to take the necessary steps to become a full party to the treaty.

Belarus remains the only European country to use the death penalty. In 2015, the country took no steps to introduce a moratorium or to abolish it. In April, at the Council of Europe’s Parliamentary Assembly, a Belarusian parliamentarian stated that Belarus is “ready to discuss the issue of the abolition of the death penalty with the Council of Europe.”

In July, an appeals court in a closed hearing upheld the March death sentence of Siarhei Ivanou, 21, for the murder of a young woman. In November, a regional court sentenced Ivan Kulesh to death for the murder of three women.

Arrests and Harassment of Human Rights Defenders and Critics

The authorities continue to routinely use arbitrary detentions, searches, and interrogations to harass government critics.

In February, authorities forced leading human rights lawyer Elena Tonkacheva of the Legal Transformation Center to leave the country after annulling her residence permit on spurious grounds. Tonkacheva, a Russian citizen who had lived in Belarus for more than 30 years, was barred from re-entering for 3 years.

In March, the police searched the Viasna Human Rights Center’s Mahilau office, seizing computers in conjunction with a libel case against a local newspaper editor. Authorities did not return the computers until August, although the investigation was closed in April. The group’s representatives believe that authorities searched the computers for information about their human rights work.

In February and March, Leanid Sudalenka, chairman of the Legal Initiative’s Homiel branch, received death threats against him and his family, making specific reference to Sudalenka’s human rights work. The authorities refused to investigate. In early April, the authorities searched the Social and Political Center in Homiel, which hosts Sudalenka’s organization and other groups, as well as Sudalenka’s home. Police seized computers and questioned Sudalenka under a criminal investigation for alleged distribution of pornography from his email. Sudalenka believes the investigation is in retaliation for his human rights work; he said that his email account had been hacked months before, and he stopped using it.

On August 22, President Lukashenka pardoned and released on “humanitarian grounds” six men sentenced in politically motivated trials: Mikalai Statkevich, Ihar Alinevich, Mikalai Dziadok, Yauhen Vaskovich, Artsyom Prakapenka, and Yuri Rubtsou. Like others convicted in political trials and released since 2011, the criminal records of those pardoned were not expunged, preventing them from occupying governmental jobs or standing in elections. Once released, such individuals remain on law enforcement “preventative watch lists,” authorizing police to question them frequently. Some have also been forbidden, without explanation, from leaving Belarus.

On August 11, in Minsk, police detained five youth activists for graffiti in public places. Police released two of them, but detained and later charged Maksim Pekarski and Vadzim Zharomski with “hooliganism committed by a group of persons.” Pekarski and Zharomski were released after confessing and paying damages, but the criminal investigation continues. A third man, Viachaslau Kasinerau, was not charged, but was hospitalized with a jaw fracture, allegedly inflicted in police detention to pressure him to testify against the others.

Authorities routinely harass and interfere with the work of independent and opposition journalists and bloggers. Law enforcement officials intensified prosecutions of independent freelance journalists for cooperation with unregistered foreign media, bringing 28 cases against 13 journalists through August, according to the Belarusian Association of Journalists. All resulted in significant fines.

December 2014 amendments to the law on mass media, hastily adopted without public discussion, authorized the Ministry of Information to block website access without judicial review after issuing two warnings, and made website owners responsible for unlawful content. In December 2014, the ministry blocked dozens of websites, including the largest independent information agency, the Belarusian Private News Agency, or BelaPAN, and opposition sites.

In the first half of 2015, the ministry denied access to 26 sites on the grounds that they were “distributing drugs,” published profanity, or in one case, criticized the World War II Victory Day celebration and its participants. The latter involved an article calling on the authorities to use resources to assist war veterans, rather than organize a parade. Access was restored to two sites after they sought to remedy “the committed violations.” December 2014 amendments to the criminal code introduced sentences of up to two years’ jail for online defamation.

The ministry issued 30 warnings to 29 media outlets through August for violations such as using the acronym “RB” instead of the official Republic of Belarus in their materials. After two or more warnings, the ministry may request a court-ordered closure.

The December 2014 amendments also require distributors of print and broadcast media to register with the Ministry of Information and entitle the ministry to withdraw distribution rights on numerous grounds.

In December 2014, a draft law on “protecting children from information harmful for their health and development” was introduced in parliament. The law proposes to restrict dissemination of factually neutral or positive information about lesbian, gay, bisexual, and transgender people, blatantly discriminatory on the basis of sexual orientation.

Authorities continue to enforce legislation criminalizing involvement in an unregistered organization, and at the same time arbitrarily deny registration to and attempt to dissolve nongovernmental organizations (NGOs).

In March, the Ministry of Justice attempted to dissolve the only officially registered regional human rights organization, the Mahilau Human Rights Center, citing problems with its legal address. The group’s representatives maintain that security service officials pressured their landlord to revoke their rental agreement. Authorities brought a similar lawsuit against the group in 2014. In April, the ministry withdrew the lawsuit.

In June, the Supreme Court deemed lawful the Ministry of Justice’s refusal to register the Human Rights Association “For Fair Elections.” The association’s founders believe the grounds for refusal were minor and correctable, and that the denial, the third since 2011, was arbitrary and politically motivated.

For the first time since 2001, the authorities invited monitors from the Parliamentary Assembly of the Council of Europe (PACE) to observe the October presidential election. In its pre-electoral statement, PACE emphasized that public broadcasters are obligated to ensure equal access for candidates without privileging the incumbent president. The Organization for Security and Co-operation in Europe’s Office for Democratic Institutions and Human Rights (OSCE/ODIHR) also observed the elections. The OSCE observers found that significant problems, particularly during vote counting, undermined the integrity of the election and concluded that Belarus still has a considerable way to go in meeting its OSCE commitments for democratic elections.

Belarusian authorities appeared to be seeking a political rapprochement with European governments and institutions, and hosted a number of high-level visits. Yet the European visitors failed to take full advantage of the opportunity to secure tangible rights improvements.

The government continued to actively oppose and refuse to cooperate with the mandate of Miklos Haraszti, the United Nations special rapporteur on Belarus, appointed in 2012. In June, the UN Human Rights Council extended the rapporteur’s mandate for another year.

In February, authorities invited Andrea Rigoni, PACE rapporteur on the situation in Belarus, to visit. Rigoni met with officials, opposition activists, and NGO leaders. Rigoni called on PACE to seize the “favourable momentum” and encourage further initiatives to improve human rights and full normalization of Council of Europe (CoE) relations. Yet he stopped short of specifying what steps Belarus should take.

At the May UN Human Rights Council’s Universal Periodic Review of Belarus, states raised concerns about the death penalty, politically motivated imprisonment, torture, and freedoms of assembly, association, and speech, but Belarus did not commit to specific reforms of its restrictive legislation. Belarus was urged to fully cooperate with UN human rights mechanisms.

In Brussels in July, the EU and Belarus held their second-ever human rights dialogue; the dialogue had been suspended since they first met in 2009. Topics included establishment of a national human rights institution; freedom of expression, assembly, and association; the death penalty; combating torture; and children's rights. The EU also raised the detention of human rights defenders and activists on politically motivated charges. There is no publicly available information on the government’s response or any concrete outcomes.

On July 31, 24 Belarusian officials were removed from the EU’s list of individuals subject to travel bans and asset freezes. In October, in response to the release of opposition figures and in the context of improving EU-Belarus relations, the EU suspended for four months restrictive measures applying to 170 individuals and three entities in Belarus.

Key international actors, including the EU, the CoE, and the United States, welcomed the release of six political prisoners in August, while making clear that further steps were needed for Belarus to move toward normalized relations.