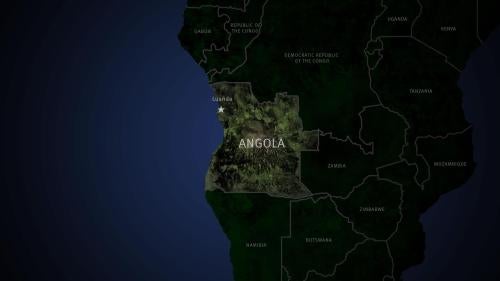 The government of President José Eduardo dos Santos continued to violate human rights in Angola despite several new pledges to improve its record. In March, the Angolan government said it would accept many of the recommendations resulting from the Universal Periodic Review of the country held by the United Nations Human Rights Council in October 2014. In the same month, it passed a restrictive law regulating the work of nongovernmental organizations (NGOs). Security forces continued to crack down on independent media, human rights activists, and other critics through criminal defamation lawsuits, arbitrary arrests, unfair trials, intimidation, harassment, and surveillance. Two prominent human rights activists were sentenced to prison terms following unfair trials, sending a clear message that dissident voices would not be tolerated.

Security forces arbitrarily arrested and used excessive force against critics of the government, in addition to stopping a number of peaceful anti-government protests and other gatherings. In June, police arrested 15 activists who had gathered to read and discuss books on peaceful resistance. In Huambo province in April, police killed an unknown number of followers of a religious sect during an operation to arrest their leader.

Freedom of expression continued to be severely restricted in Angola due to government repression, censorship, and self-censorship in state media and in private media outlets controlled by ruling party officials. There were some slight openings in 2015 when some media outlets, including state television TPA and private TV channel Zimbo, began to allow opposition and civil society groups to participate in their weekly live discussions on human rights, security, and youth activism. However, such public discussions on these sensitive topics remained extremely rare.

The government continued to regularly use criminal defamation laws and other abusive laws to silence journalists. In March, the minister of justice and human rights, Rui Jorge Mangueira, welcomed the concerns raised about the right to freedom of expression in Angola by the Human Rights Council, but insisted that current provisions on defamation in the country’s constitution were compliant with international standards. The Angolan government defended the constitutional provisions on defamation, slander, and similar offenses, saying it protects the interests of the offended party and does not violate or restrict the right to freedom of expression.

Internet blogs and social media remained the main channels for open debate in Angola. In July, several people including José Gama, whom authorities believe is linked to the Club-K news website, and Rafael Marques, editor of Maka Angola news website, were questioned by the intelligence services about the content and origin of articles about the attorney general published on their websites. The articles suggested that the attorney general, Joao Maria Moreira de Sousa, was using his office to deliberately and unlawfully target a businesswoman.

In May, Rafael Marques, a prominent Angolan journalist and human rights activist, was sentenced to six-months’ imprisonment, and suspended for two years, for criminally defaming seven high-ranking army generals in a book published in Portugal in 2011. The court ordered Marques to withdraw the book from publication and not translate it. Marques had accused the plaintiffs of involvement in torture, rape, and killings. The lawsuit proceeded despite that the legal time limit to present formal charges expired in June 2014. The Attorney General’s Office shelved a complaint filed by Marques against the generals and business associates in 2012 and failed to investigate the allegations.

In June, a group of 15 prominent activists, most of them members of the Revolutionary Movement, were arrested in Luanda, the capital, following a meeting where they read and discussed books about nonviolent protest methods. Two other female activists were also questioned in August, but not jailed. All were accused of preparing acts of rebellion and plotting against the president and state institutions. If found guilty they could face heavy prison sentences.

At least four activists went on hunger strike to protest their arrest and detention. Henrique Luaty Beirão ended his hunger strike after 36 days following requests by his family and friends. A trial date was set for November. Some of the 15 jailed activists were kept in pretrial detention for more than 90 days before being formally charged, exceeding the 90 days allowed by Angolan law

Journalists covering protests in Luanda and elsewhere, including in the oil-rich enclave of Cabinda, were also harassed and detained by state security officials. In August, Nelson Sul d’Angola from Deutsche Welle was briefly held by police in Luanda, after visiting the 15 jailed activists. Also in August, VOA’s Coque Mukuta was detained in Luanda when relatives and friends of the 15 jailed activists attempted to hold a peaceful march. Police seized his equipment.

Article 47 of the Angolan Constitution permits citizens to protest without prior authorization, provided they inform authorities in advance, but the government has continued to respond to any kind of peaceful anti-government protest with excessive force and arbitrary arrests, claiming that some of the protests were organized by people with the intent to destabilize the country. In 2015, there was no record of any peaceful anti-government protest or march that authorities permitted. Authorities banned attempts by supporters of the 15 jailed activists from the Revoluntionary Movement to hold vigils or peaceful marches.

Those who tried to organize protests were frequently arrested, detained, and tried in unfair judicial proceedings. In March, Arão Bula Tempo, human rights lawyer and president of the Cabinda Provincial Council of the Angolan Bar Association, was charged with rebellion for planning a peaceful demonstration against corruption. He was conditionally released pending trial. In September, Marcos Mavungo, a prominent human rights activist who had been arrested in March, was sentenced to six years in prison for attempting to organize a protest against bad governance and human rights violations in Cabinda province. In October, Cabinda authorities prevented the Association for Justice Peace and Democracy (AJPD) from holding workshops about transparency in the oil industry.

Security forces continued to be implicated in excessive use of force. In April, the opposition party, National Union for the Total Independece of Angola (UNITA), accused the Angolan security forces of killing hundreds of members of a Christian religious sect, the Seventh-Day Light of the World, led by José Kalupetaka in Caala, Huambo province. Police said that during the unrest, 9 police officers and 13 of Kalupeteka’s bodyguards were killed, but denied a massacre had taken place. Authorities permitted media and MPs to visit the area, but only under police escort. Authorities refused requests from local human rights groups, opposition members of parliament, and the United Nations High Commissioner for Human Rights for an independent commission to investigate the events. In October, Kalupeteka was formally charged with crimes of murder, civil disobedience, and illegal possession of guns. He was awaiting trial at time of writing.

In a rare case of security officials being held to account, seven police officers and state security agents were sentenced in March to between 14 and 17 years in prison for the murder of two protest organizers, Isaías Sebastião Cassule and António Alves Kamulingue. The two men were abducted, tortured, and killed in 2012 after organizing a protest by former presidential guards and war veterans over complaints of unpaid salaries and pensions.

A new law regulating NGOs in Angola, Presidential Decree 74/15, went into effect in March and severely restricts civil society independence. It requires civil society organizations to register with multiple authorities including the Foreign Ministry before they can operate, obtain a “declaration of suitability” issued by the government, undertake activities that align with government policies, be subject to supervision by authorities, provide funding agreements for prior approval, permit authorities to determine the programs and projects they should carry out, and the location where projects should be undertaken. During the 57th ordinary session of the African Commission on Human and People’s Rights in Banjul, the Angolan secretary of state for external relations met with Angolan and international rights groups and pledged to resolve any “grey areas” of the decree.

In September, the director of the Open Society Foundation in Angola, Elias Isaac, was questioned by the Angolan police over allegations that the organization financed the website Club-K, which is critical of the government. Isaac had previously been accused by ruling party members of financing anti-government protests. The Open Society Foundation denied all accusations.

Angola’s oil wealth and military power continued to make it an influential power in Africa. Dos Santos played an important role in the region, most notably in conflicts in Africa’s Great Lakes. In 2015, France hailed Angola as a stable presence in the region and the United States praised Angola’s presidency of the International Conference on the Great Lakes Region (ICGLR). Angola continued to hold its non-permanent seat on the UN Security Council, a mandate that lasts until 2016

The Angolan government did not accommodate criticism from international partners. In May, following reports of the alleged massacre in Huambo, the Office of the UN High Commissioner for Human Rights (OHCHR) urged the Angolan government to conduct “a truly meaningful, independent, thorough investigation” into the events. The government accused OHCHR of violating its own procedures and demanded an official apology.

In September, following a European Parliament resolution on human rights in Angola that called on the authorities to investigate and end arbitrary arrests and detentions and torture by the police and security forces, Angola denied the allegations and said the resolution was based on a partial and subjective report by a European parliamentarian privately visiting the country.