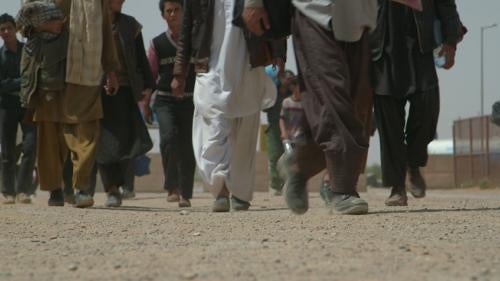 Millions of Iranians participated in presidential and local elections in June 2013. Executions, especially for drug-related offenses, continued at high rates. The judiciary released some political prisoners, but many civil society activists remained in prison on political charges.

Freedom of Assembly, Association, and Voting

On May 21, the Guardian Council, an unelected body of 12 religious jurists, disqualified all but eight of the more than 680 registered presidential candidates using vague criteria that enabled authorities to make sweeping and arbitrary exclusions. Nonetheless, turnout was high and voters overwhelmingly elected cleric and former diplomat Hassan Rouhani whose campaign promises included a “civil rights charter,” improving the economy, and greater political engagement with the West.

Following Rouhani’s inauguration, authorities in September released at least a dozen rights activists and political opposition figures, but scores of others jailed for their affiliation with banned opposition parties, labor unions, and student groups remain in prison. The judiciary continued to target independent and unregistered trade unions.

Iran’s interim minister of science, responsible for management of the country’s universities, announced in September that universities could reinstate professors and students suspended for their political activities from 2005 to 2012, but at time of writing dozens remained unable to continue their studies or teach.

In September, the Ministry of Culture ordered the reopening of the country’s largest independent film guild, the House of Cinema, which authorities had shut down in January 2012.

According to official sources, Iranian authorities executed at least 270 prisoners as of October 2013, though the real number is thought to be much higher. In 2012, Iran carried out more than 544 executions, second in number only to China, according to Amnesty International, which reported that at least 63 executions were carried out in public. Crimes punishable by death include murder, rape, trafficking and possessing drugs, armed robbery, espionage, sodomy, adultery, and apostasy. Most of those executed were convicted of drug-related offenses following flawed trials in revolutionary courts.

On October 2, a local news website reported that authorities executed a child offender on murder charges close to the southwestern town of Kazeroun. It is believed that dozens of child offenders (individuals under 18 when they allegedly committed the crime) are currently on death row in Iran’s prisons.  Iranian law allows capital punishment for persons who have reached puberty, defined as 9 for girls and 15 for boys.

In early 2013, Iran’s judiciary implemented an amended penal code under which children convicted of “discretionary crimes” such as drug-related offenses would no longer be sentenced to death. A judge may still sentence to death juveniles convicted of crimes such as rape, sodomy, and murder if he determines that the child understood the nature and consequences of the crime, a vague standard susceptible to abuse. The amended law retains stoning as punishment for the crime of adultery.

Authorities executed at least 16 people in 2013 on the charge of moharebeh (“enmity against God”) or “sowing corruption on earth” for their alleged ties to armed opposition groups, including eight Baluch prisoners executed in “retaliation” for the killings of more than a dozen border guards along the Iran-Pakistan border. Dozens of others are on death row for terrorism-related charges following politically-motivated prosecutions and unfair trials, including Iranian Arab men for their alleged links to groups involved in attacking security forces. At time of writing, at least 40 Kurdish prisoners, including Sunni rights activists branded as “terrorists” by the government, were awaiting execution on national security charges such as moharebeh.

At least 40 journalists and bloggers were in Iran’s prisons at time of writing, according to Reporters Without Borders. On December 28, 2012, Supreme Leader Ayatollah Ali Khamenei publicly warned journalists and others against suggesting that Iran’s elections would not be free.

In late January, authorities arrested more than a dozen journalists, apparently in connection with their coverage of the upcoming elections and alleged affiliations with foreign media but released most by late February. On October 28, authorities shut down the reformist daily, Bahar, five days after it published a controversial article thought to question a historical event in Shia Islam. They also severely cut back Internet speeds and blocked proxy servers and virtual private networks that Iranians used to circumvent government filtering of websites.

An investigation by judiciary officials into the November 6, 2012 death in custody of blogger Sattar Beheshti stalled. Authorities harassed Beheshti’s family to cease criticism regarding the slow pace of the investigation. Iran’s cyber police arrested Sattar Beheshti on October 30, 2012, apparently because of his blogging activities.

Since the June election, despite promises by the new minister of technology to remove restrictions on online and press freedoms, authorities continued to block websites and jam foreign satellite broadcasts.

In September and October, authorities released a few dozen rights activists and political prisoners such as journalist Isa Saharkhiz, but many of them had completed or were close to completing their prison terms. Authorities released Nasrin Sotoudeh on September 18 after she had served three years of a six-year prison sentence. It is not clear whether the judiciary has thrown out her sentence completely, including a 10-year ban on practicing law. At time of writing, dozens of other rights defenders, including prominent lawyers such as Mohammad Seifzadeh and Abdolfattah Soltani, remained in prison on politically motivated charges.

On June 22, Afshin Osanlou’s family learned of his death at Rajai Shahr Prison in the city of Karaj, 25 kilometers from Tehran. According to his brother, the death could have been avoided if prison officials had transferred Osanlou to a hospital after he suffered a heart attack in prison on June 20. Since 2009, officials have reported the suspicious deaths in custody of at least seven political prisoners whom rights activists believe died as a result of torture, ill-treatment, or medical neglect.

In September, Evin prison authorities denied that student activist Arash Sadeghi, whom security forces arrested in January 2012 and transferred to Evin prison, was being detained there, raising concerns among his family and activists. Authorities had held Sadeghi in solitary confinement in Evin prison and prevented his family from visiting him regularly. Sadeghi reportedly initiated a hunger strike in June after alleging that prison guards abused him. Officials released Sadeghi on bail on October 20.

The Guardian Council disqualified all of the approximately 30 women who had registered as candidates for the presidential election.

Iranian women face discrimination in many areas including personal status matters related to marriage, divorce, inheritance, and child custody. A woman needs her male guardian’s approval for marriage regardless of her age, and cannot generally pass on her nationality to her foreign-born spouse or their children. A woman may not obtain a passport or travel outside the country without the written permission of a male guardian. Child marriage, though not the norm, continues in Iran, where the law provides that girls can marry at the age of 13 and boys at the age of 15; and below such ages with the permission of a judge. In October, the Guardianship Council ratified the Law on Protection of Children and Adolescents with No Guardian (adoption) after they amended a provision, despite opposition, to allow adoptive parents to marry children in their care if a judge deems it to be in the latter’s best interest.

The government denies freedom of religion to adherents of the Baha’i faith, Iran’s largest non-Muslim religious minority, and discriminates against them. On July 31, an Iranian daily reprinted a fatwa, or religious edict, previously issued by Supreme Leader Ayatollah Khamenei, stating that Baha’is are part of a “deviant and misleading sect” and urging Iranians to “avoid” them. One hundred and fourteen Baha’is were in Iran’s prisons as of September 2013, according to the Baha’i International Community.

On August 24, unknown assailants murdered Ataollah Rezvani, a member of the Baha’i community, in the southern port city of Bandar Abbas. According to the Baha’i International Community, individuals and government officials had threatened Rezvani numerous times because of his faith and activism. He is one of at least nine Baha’is who have been murdered or died under suspicious circumstances since 2005. The Baha’i International Community reported that between 2005 and 2012, 52 Baha’is were physically assaulted by plainclothes government agents or unidentified attackers.

Authorities restrict political participation and employment of non-Shia Muslim minorities, including Sunnis, who account for about 10 percent of the population. They also prevent Sunnis from constructing mosques in Tehran and conducting separate Eid prayers. Government targeting of Sufis, particularly members of the Nematollahi Gonabadi sect, continued unabated. In July, revolutionary courts in Tehran and Shiraz sentenced members of the Nematollahi Gonabadi sect to terms of one to 10.5 years for their peaceful activities.

The government restricted cultural as well as political activities among the country’s Azeri, Kurdish, Arab, and Baluch minorities.

In September, Iran threatened to expel hundreds of thousands of Afghans without allowing them to have their asylum claims considered fairly and to challenge any order to deport them. At time of writing, authorities had not carried out plans to deport the Afghans, but the 2.5-3 million Afghan refugees and migrant workers living and working in Iran continue to face serious abuses.

Activists inside Iran reported that unilateral financial and banking sanctions imposed against Iran by the United States and European Union had an adverse effect on access to specialized medicines and medical equipment.

On March 11, Ahmed Shaheed, the United Nations special rapporteur on the human rights situation in Iran, issued his second annual report to the UN Human Rights Council (HRC), which found an “apparent increase in the degree of seriousness of human rights violations” and expressed alarm at the “rate of executions in the country, especially for crimes that do not meet serious crimes standards.” On March 22, the HRC renewed the mandate of the special rapporteur, established in 2011. On November 19, the UN General Assembly’s Third Committee voted to support the resolution on the promotion of human rights in the Islamic Republic of Iran.

In October, UN Secretary-General Ban Ki-moon released his annual report on the situation of human rights in Iran, saying there was continued concern regarding the rights situation in the country. Later that month, Shaheed released his report, which said there was “no sign of improvement” on rights issues previously raised by UN monitoring mechanisms.

The government continued to block access to Shaheed and to experts with other UN rights bodies.