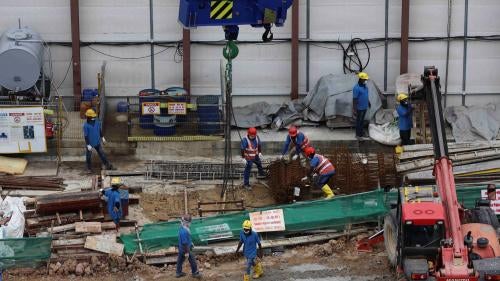 The Singapore government uses overly restrictive criminal laws and civil defamation suits to harass and prosecute critical voices, including activists, bloggers, and journalists. There is little freedom of assembly. The rights of lesbian, gay, bisexual, and transgender (LGBT) people are severely curtailed, and sexual relations between men remain a criminal offense. There are no legal protections against discrimination on the basis of sexual orientation or gender identity.

In October 2021, Parliament passed the draconian Foreign Interference (Counter-Measures) Act (FICA). The law gives sweeping powers to the home minister to require removal or disabling of online content, publication of mandatory messages drafted by the government, banning of apps from being downloadable in Singapore, and disclosure of information by internet and social media companies, reinforced by severe criminal penalties and with judicial review limited to procedural matters.

The government can also designate individuals as “politically significant persons,” after which they may be required to follow strict limits on sources of funding and to disclose all links with foreigners. The law’s broad language encompasses a wide range of ordinary activities by civil society, academics, and journalists who engage with non-Singaporeans in doing their work.

The government maintains strict restrictions on the right to peaceful assembly through the Public Order Act (POA), requiring a police permit for any “cause-related” assembly if it is held in a public place or in a private venue if members of the general public are invited. The definition of what is treated as an assembly is extremely broad, and those who fail to obtain the required permits face criminal charges.

Even a single person standing alone holding a sign has been treated as an “assembly” requiring a permit. In March 2021, the police announced they were investigating Louis Ng, a member of parliament, for possible violation of the POA based on social media photos showing him alongside several food hawkers holding a sign saying, “support them.” Ng said the posting was intended to encourage residents to support the hawkers.

The Public Order Act provides the police commissioner with authority to reject any permit application for an assembly or procession “directed towards a political end” if any foreigner is found to be involved. In February 2021, the police announced an investigation of three individuals who had held a brief protest outside the Myanmar embassy. The authorities said that permits would not be granted for any protest related to political issues in other countries.

Singapore’s restrictive laws are frequently used against activists and media critical of the government. Activist Jolovan Wham faced multiple charges under the POA for peaceful protests, including standing by himself with a sign. On February 15, 2021, Wham pleaded guilty to violating the POA for organizing a 2017 silent protest on the rapid transit system. He also pleaded guilty to vandalism for taping a piece of paper on the window and to refusing to sign a police statement. He was sentenced to a fine of S$8,000 (US$5,900) or imprisonment for 32 days. Wham paid the fine for refusing to sign the police statement but opted to serve the default jail term of 22 days for the other offenses.

In August 2021, Wham was tried on charges of holding an unlawful assembly for briefly holding up a sign in front of the courthouse, taking a photo, and leaving. Wham is also facing unlawful assembly charges, filed in November 2020, for standing in front of a police station holding a placard bearing a “smiley face” in support of two young activists under investigation.

In March 2021, the High Court of Singapore ordered blogger and activist Leong Sze Hian to pay Prime Minister Lee Hsien Loong S$133,000 (US$98,600) in damages for sharing a link on his Facebook page, without comment, to an article alleging that the prime minister was a target of a corruption investigation.

Lawyers defending inmates on death row have faced repercussions. In May 2021, the Court of Appeal fined lawyer M. Ravi S$5,000 (US$3,700) for making an “unmeritorious” application to reopen the case of a death row defendant.

Authorities have repeatedly targeted The Online Citizen, one of the few independent media outlets in Singapore, and its editor, Terry Xu. On August 19, 2021, the attorney general began contempt proceedings against Xu over the portal’s January 2021 republication of a blog post on Singapore’s legal system. Singapore’s Administration of Justice (Protection) Act contains overly broad and vague powers to punish for contempt, with penalties of up to three years in prison or a fine of S$50,000 (US$37,000).

On September 3, 2021, Xu was found liable for defaming the prime minister by publishing an article about a dispute between Prime Minister Lee and his siblings about their family home. The author of the article was also found liable. The court awarded Lee S$160,000 (US$118,600) in general damages and S$50,000 (US$37,000) in aggravated damages, and, on October 13, ordered Xu to pay nearly S$88,000 (US$65,000) in legal fees and disbursements. On September 14, the InfoComm Media Development Authority suspended The Online Citizen’s license for alleged violation of media funding rules.

New Naratif, an online media outlet focusing on issues in Southeast Asia, was accused of violating campaign regulations during the 2020 general election by paying to boost certain posts. After a year-long investigation in which the police twice interrogated New Naratif’s founder and managing director, Dr. Thum Ping Tjin, raided his home, and seized his laptop and mobile phone, the police issued a “stern warning” in the case.

Singapore retains the death penalty, which is mandated for many drug offenses and certain other crimes. However, under provisions introduced in 2012, judges have some discretion to bypass the mandatory penalty and sentence low-level offenders to life in prison and caning. There is little transparency on the timing of executions, which often take place with short notice.

Use of corporal punishment is common in Singapore. For medically fit males ages 16 to 50, caning is mandatory for a wide range of crimes. Such caning constitutes torture under international law.

The rights of LGBT people in Singapore are severely restricted. At time of writing, the Court of Appeal had yet to issue an opinion on appeals from a High Court decision rejecting three constitutional challenges to Criminal Code section 377A, which makes sexual relations between two male persons a criminal offense. There are no legal protections against discrimination on the basis of sexual orientation or gender identity. Singapore precludes LGBT groups from registering and operating legally.

In May 2021, the government warned the US Embassy “not to interfere” in domestic political or social matters, including “how sexual orientation should be dealt with in public policy,” after the embassy co-hosted a webinar with a Singapore nongovernmental organization that supports LGBTIQ individuals.

Foreign migrant workers are subject to labor rights abuses and exploitation through exorbitant debts owed to recruitment agents, non-payment of wages, restrictions on movement, confiscation of passports, and sometimes physical and sexual violence. Foreign women employed as domestic workers are particularly vulnerable to violence. In June 2021, an employer was sentenced to 30 years in prison for torturing and killing her domestic worker.

Work permits of migrant workers in Singapore are tied to a particular employer, leaving them extremely vulnerable to exploitation. Foreign domestic workers, who are covered by the Employment of Foreign Manpower Act rather than the Employment Act, are excluded from many key labor protections, such as limits on daily work hours and mandatory days off. In July 2021, the Ministry of Manpower announced limited new measures to protect migrant domestic workers from abuse, including one mandatory day off per month, post-placement interviews, and enhancement of required medical check-ups.

Many migrant workers in Singapore are housed in crowded dormitories, with up to 20 people sharing a room and communal bathrooms, in unsanitary conditions that increased the risk of Covid-19. Since April 2020, workers living in dormitories have been unable to leave them except for work under Covid-19 related restrictions. In September 2021, the government announced a pilot scheme to allow up to 500 fully vaccinated migrant workers per week to leave the dormitories to visit specific designated areas.

Singapore is a regional hub for international business and maintains good political and economic relations with both the United States, which considers it a key security ally, and China. During visits to the city-state in 2021, neither US Vice President Kamala Harris nor US Secretary of Defense Lloyd Austin publicly raised Singapore’s poor human rights record.

In May, Singapore underwent its third Universal Periodic Review at the UN Human Rights Council in Geneva. During the review, states made a large number of recommendations, including to address issues related to migrant workers, anti-discrimination legislation, and freedom of expression.