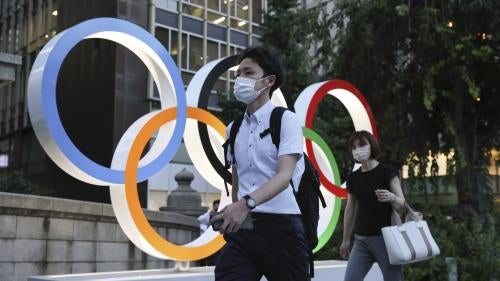 Japan is a liberal democracy with a vigorous civil society. In October, the Liberal Democratic Party’s (LDP) Fumio Kishida became Japan’s prime minister succeeding Yoshihide Suga, who served for about a year. The LDP secured a sole majority in the lower house election held on October 31.

Japan has no law prohibiting racial, ethnic, or religious discrimination, or discrimination based on sexual orientation or gender identity. Japan does not have a national human rights institution.

Japan declared states of emergency in response to the Covid-19 pandemic three separate times in 2021 (January-March, April-June , and July-September). In February, Japan revised its laws to allow authorities to impose administrative fines on businesses for not complying with business hour restrictions, as well as on individuals infected with Covid-19 who refuse hospitalization.

In May, Japan's government said it would not oppose, but also did not endorse, a temporary waiver at the World Trade Organization of intellectual property laws that would allow increased global production of Covid-19 vaccines and other medical products.

The Tokyo 2020 Olympic and Paralympic Games were hosted in Japan between July and September 2021 after being delayed for a year due to the Covid-19 pandemic. In February, Yoshiro Mori, the head of the Tokyo Olympics organizing committee, resigned after making sexist remarks about adding women to the Olympics Committee board. Keigo Oyamada, the music composer for the Olympics opening and closing ceremonies, resigned in July after a past interview resurfaced in which he admitted to bullying classmates with disabilities. Kentaro Kobayashi, the show director of the opening and closing ceremonies, was fired in July over his past comments about the Holocaust.

Japan’s asylum and refugee determination system remains strongly oriented against granting refugee status. In 2020, the Justice Ministry received 3,936 applications for refugee status, but recognized only 47 people as refugees, and categorized another 44 persons as needing humanitarian assistance, allowing them to stay in Japan.

In February, the government proposed an amendment to the Immigration Control and Refugee Recognition Act that would allow for supervised release upon payment of a deposit for people subject to a deportation measure as an alternative to detention. In March, four UN human rights experts said the amendment continued to embody a “presumption of detention,” rather than treating detention as a measure of last resort. The amendment also introduced, for the first time, a provision in Japanese law for complementary protection for non-refugees who need protection, but still fell short of meeting Japan’s nonrefoulement obligations, according to UNHCR.

Sri Lankan migrant Wishma Sandamali, 33, died in detention in March, after being denied access to adequate medical treatment by detention authorities. With intensified domestic and international criticism following her death, on top of existing criticism of the bill, the Japanese government, in a rare move, dropped the amendment in May.

In December, Japan executed three people on death row. At the end of 2021, there were 107 people on death row. Concerns have long been raised about death-row inmates being notified of their execution only on the day it takes place and having inadequate access to legal counsel.

In November, two prisoners on death row sued the government seeking compensation for the "extremely inhumane" same-day notices and executions.

In June, to encourage men to take childcare leave, Japan revised the Act on Childcare and Caregiver Leave. A new provision allows male employees to take up to four weeks of leave during the first eight weeks after their child is born on top of benefits already offered by the childcare leave system. The revised law also requires corporations to proactively confirm with their employees, regardless of their gender, whether they are interested in using childcare leave benefits. The use of childcare leave by men remained low, at less than 10 percent in 2019.

Following a 2015 decision, Japan’s Supreme Court, in June, again ruled the country’s lack of a dual-surname system for married couples is constitutional. Some 96 percent of married couples end up using their husband’s surname, partly due to social norms and socioeconomic inequalities.

In February, the Osaka District Court ruled that a public high school forcing a student to dye her hair black according to school rules was legal.  In October, the Osaka High Court ruled against the student’s appeal, judging the school’s actions as legal. Many schools in Japan continue to dictate the color of their students’ hair, clothes, and, in certain cases, their underwear.

In May, Japan’s parliament passed a law to curb sexual abuse against children by teachers. The new law included the revision of the School Teacher's License Act to allow regional educational boards to refuse the reissuing of teaching licenses to teachers who lost their teaching licenses for sexually abusing children. Previously, the authorities were not able to do so if three years had passed since teachers’ licenses were revoked.

In a landmark decision, the Sapporo District Court, in March, ruled that the government’s failure to recognize same-sex marriages is unconstitutional and discriminatory in the country's first judicial ruling on marriage equality. Similar trials are pending at five district courts, including in Tokyo and Osaka.

Japan failed to pass a national non-discrimination law to protect lesbian, gay, bisexual, and transgender (LGBT) people, despite widespread national support and strong global pressure to pass such a law before the Tokyo 2020 Games were held.

The government still requires sterilization surgeries before transgender people can be legally recognized.

In July, then-Prime Minister Yoshihide Suga said he would not appeal a Hiroshima High Court ruling extending recognition and benefits to a broader range of individuals affected by radioactive “black rain” caused by the US atomic bombings in Hiroshima and Nagasaki. Following the ruling, Suga issued a statement that effectively overturned Japan’s previous position of not recognizing many victims of “black rain” as “Hibakushas,” atomic bomb survivors entitled to government relief.

In August, the Tokyo District Court summoned North Korea’s leader Kim Jong Un to face demands for compensation from five North Korean escapees in Japan, who say they suffered human rights abuses in North Korea after joining a resettlement program on false premises that North Korea was a “Paradise on Earth.” The judgment is scheduled to be delivered on March 23, 2022. Approximately 93,000 ethnic Koreans (Zainichi) and Japanese migrated from Japan to North Korea under the program’s auspices between 1959 and 1984.

Japan is among the top 10 emitters of greenhouse gases responsible for the climate crisis that is taking a growing toll on human rights around the globe.

Then-Prime Minister Suga announced in October 2020 that Japan will cut emissions to net zero by 2050 and, in April 2021, announced an emissions reduction target of 46 percent by 2030, earning it an “almost sufficient” rating for its “Domestic Target” from the Climate Action Tracker.

Following the Fukushima nuclear accident in 2011, Japan increased its reliance on fossil fuels, including coal to generate electricity. In July 2021, Japan released a draft of its 2030 strategic energy strategy that stated Japan would aim to reduce coal to 19 percent of energy use by 2030, just a 13 percentage point reduction from current levels. Japan’s government, financial institutions, and industrial companies are also major providers of finance and technical support for development of overseas coal plants, second only to China. Despite announcements restricting coal lending, loopholes in these policies mean Japan continues to be a lender to a variety of high-emitting coal plans, including in Bangladesh, Vietnam, and Indonesia.

Climate change is expected to have a significant impact on Japan due to sea-level rise, increased summer heat, shifting precipitation patterns, and more frequent and intense extreme weather events. In August, the heaviest rain since 1982 caused flooding and landslides in some locations that left at least 13 people dead.

Japan officially states it aims to “contribute to the improvement of the world’s human rights environment,” but has not played a leadership role.

After the Myanmar military staged a coup in February, Japan suspended new non-humanitarian aid to Myanmar and supported a Myanmar resolution at the UN General Assembly in June, a major shift from its continual abstention since 2017. Japanese business projects in Myanmar including Y-Complex, a high-end real estate project in Yangon, continued to face criticism for its connections to the Myanmar military.

After the Taliban returned to power in Afghanistan, Japan’s response for fleeing Afghan civilians at risk has been to provide visas for a limited number of Afghans with past ties to Japan. Pledges for resettlement have not been announced. At time of writing, Afghans eligible for the scheme were those who worked directly with the Japanese government and their families, those who worked directly with private Japanese organizations, and Afghan students who studied in Japan, but not family members. Details of the scheme had not been publicly disclosed.

Japan again led the negotiation of a resolution at the UN Human Rights Council on the human rights situation in Cambodia. The adopted resolution was weak, and while it failed to sufficiently reflect the deteriorating human rights situation in the country, it did renew the mandate of the special rapporteur and increase international scrutiny ahead of the 2022 elections, through additional reporting to the Human Rights Council.