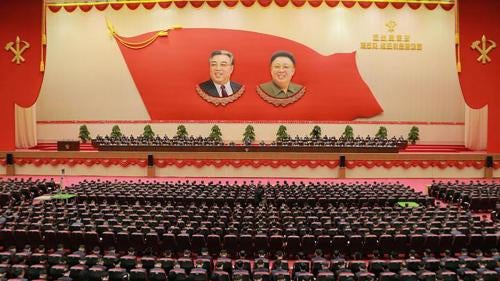 North Korea is one of the most repressive authoritarian states in the world. In his sixth year in power, Kim Jong-un—the third leader of the dynastic Kim family and head of the ruling Workers’ Party of Korea (WPK) who exercises almost total political control—intensified repressive measures; tightened domestic restrictions on travel and unauthorized cross-border travel with China; and punished North Koreans for contacting the outside world. The government continued to generate fearful obedience from citizens by means of threatened and actual execution, detention, and forced labor under harsh, sometimes fatal, conditions.

During 2017, North Korea fired 23 missiles during 16 tests and conducted its sixth nuclear test, sending tensions between the US and its allies and North Korea to their highest level in decades. Personal insults and threats traded between US President Donald Trump and Kim Jong-un in September and October further worsened the situation.

On human rights, the international community continued to press for action on the findings of the United Nations Commission of Inquiry (COI) report on human rights in the Democratic People’s Republic of Korea (DPRK or North Korea) that found the government committed crimes against humanity, including extermination, murder, enslavement, torture, imprisonment, rape and other forms of sexual violence, and forced abortion.

On December 9, 2016, for the third consecutive year, the UN Security Council put North Korea’s egregious human rights violations record on its formal agenda as a threat to international peace and security. On March 24, the Human Rights Council adopted without a vote a resolution that authorizes the hiring of “experts in legal accountability” to assess cases and develop plans for the eventual prosecution of North Korean leaders and officials responsible for crimes against humanity.

The North Korean government restricts all basic civil and political liberties for its citizens, including freedom of expression, religion and conscience, assembly and association. It prohibits any organized political opposition, independent media and civil society, and free trade unions. Lack of an independent judiciary, arbitrary arrest and punishment of crimes, torture in custody, forced labor, and executions maintain fear and control.

North Korea discriminates against individuals and their families on political grounds in key areas such as employment, residence, and schooling by applying songbun, a socio-political classification system grouping people into “loyal,” “wavering,” or “hostile” classes. Pervasive corruption enables some room to maneuver around the strictures of the songbun system, and some people who bribe government officials can receive permission, pursue market activities, or travel domestically or abroad.

North Korea refuses to cooperate with either the Office of the UN High Commissioner for Human Rights (OHCHR) Seoul office or the UN special rapporteur on the situation of human rights in North Korea, Tomás Ojea Quintana. However, in 2017, the DPRK engaged with two UN human rights treaty bodies and invited a UN thematic special rapporteur to visit for the first time ever.

Following a long delay in submitting overdue reports required under the Convention on the Rights of the Child (CRC) and the Convention on the Elimination of All Forms of Discrimination against Women (CEDAW), North Korea submitted reports on both conventions in 2016. North Korean officials had their record on children’s rights examined by the CRC committee on September 20, 2017, and appeared before the CEDAW committee on November 8, 2017.

The CEDAW committee expressed concerns about a broad range of violations affecting women, including discrimination; stereotyping; non-criminalization of marital rape; sexual harassment and violence, including in the workplace; trafficking; lack of political participation; and lack of an independent human rights institution, civil society organizations, or other means to enable independent monitoring and promotion of the rights of women.

Despite such engagement, North Korea often refuses to acknowledge its own rights violations or accept committee recommendations. When the CRC committee raised concerns about the North Korean government requiring unpaid labor from children, subjecting children to physical punishment and violence, and discrimination against children on political grounds, DPRK officials denied these allegations. The government did acknowledge the possibility that schools or individual teachers may have forced children to work, but offered no further details.

Women in North Korea face a range of sexual or gender-based abuses, as well as violations of other rights in common with the rest of the population. These include punishment for acts of their husband or other relatives, torture, rape and other sexual abuses in detention facilities, sexual exploitation, or forced marriages of North Korean women in China, and other forms of sexual and gender-based violence and discrimination.

Gender-based discrimination starts from childhood, with girls constantly exposed to and compelled to comply with stereotyped gender roles. It is harder for women than it is for men to be admitted to university and to join the military and the ruling Korean Workers’ Party, which serves as the gateway to any position of power. State authorities are sometimes perpetrators of abuses against women, and fail to offer protection or justice to women and girls facing gender-based or sexual abuse.

Kim Jong-un’s government bolstered efforts to prevent people from leaving North Korea without permission by increasing the number of border guards, CCTV cameras, and barbed wire fences on its border with China. Tactics included jamming Chinese cellphone services at the border and targeting those communicating with people outside the country. China also increased checkpoints on roads leading from the border.

During the summer of 2017, Chinese authorities also apparently intensified crackdowns on both North Koreans fleeing through China and the networks guiding them, resulting in fewer North Koreans being able to complete the arduous overland journey to Laos or Thailand, and from there, most often, to South Korea.

The severity of punishment depends on North Korean authorities’ assessments of what returnees did while in China. North Koreans caught working or living in China are sent to different types of forced labor camps, long-term (kyohwaso) or short-term prisons (rodong danryeondae). Those discovered trying to reach South Korea are treated as enemies of the country, and may disappear into North Korea’s horrific political prison camp system (kwanliso), where prisoners face torture, sexual violence, forced labor, and other inhuman treatment.

North Koreans fleeing into China should be considered refugees sur place regardless of their reason for flight because of the certainty of punishment on return. China treats them as illegal “economic migrants” and fails to meet its obligation to protect refugees as a state party of the 1951 UN Refugee Convention and its 1967 protocol. Beijing regularly denies the staff of the UNHCR, the UN Refugee Agency, permission to travel to border areas where North Koreans are present.

On May 9, South Korea elected Moon Jae-In, a former student activist and human rights lawyer, as South Korea’s new president, following a bitter race prompted by President Park Geun-Hye’s impeachment and removal from office. President Moon proposed dialogue with the North Korean leadership, resumption of humanitarian reunions of families separated between the north and south since the Korean War (1950-1953), and offered to share with the DPRK the privilege of hosting the 2018 Winter Olympics. The DPRK rejected these offers.

In a policy shift from Park’s administration, the Moon administration allowed humanitarian and development groups to engage in projects with North Korea.

To date, the Moon administration has not announced its policy on various North Korean human rights issues. These include the creation of a foundation based on the North Korean human rights law that went into effect in September 2016; assistance for North Korean escapees detained in China; and the seven South Korean nationals currently detained in the DPRK. On September 21, South Korea approved a US$8 million aid package for North Korean children and women at risk that will be distributed at an “appropriate time” and monitored by UNICEF and the UN World Food Program (WFP).

North Korea’s relations with Malaysia and other Southeast Asian states suffered serious damage when Kim Jong-nam, the half-brother of Kim Jong-un, was assassinated on February 13 in a public area of Kuala Lumpur International Airport in a plot many believe North Korea planned.

In January and October 2017, the US government imposed targeted sanctions for human rights abuses on five institutions, including the Military Security Command (the military’s secret police), the Ministry of Labor, and 14 North Koreans, including Kim Yo-Jong, Kim Jong-un's younger sister and vice director of the Workers’ Party's Propaganda and Agitation Department.