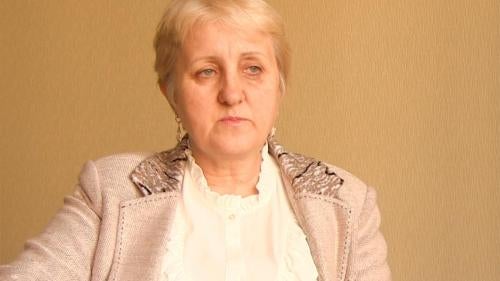 Maks Bokaev, 43, is an outspoken human rights and environmental activist based in Atyrau, western Kazakhstan, the center of Kazakhstan’s booming oil sector. Bokaev is part of the civil society coalition of the global Extractive Industries Transparency Initiative (EITI), and a member of a national torture prevention monitoring group. He is highly respected amongst his peers, especially for his constructive and principled views.

In November 2016, a court sentenced Bokaev and fellow activist Talgat Ayan to five years in prison for “inciting social discord,” a charge so vague as to be applied at will by the authorities to silence critics, among other offenses.

The prosecution followed Bokaev’s and Ayan’s arrest in mid-May for helping to spark a large-scale national movement to protest proposed land reforms. Authorities had denied Bokaev and Ayan permission to hold a demonstration in central Atyrau in late-April, but despite the ban, hundreds of people peacefully gathered anyway, giving way to calls for nationwide protests on May 21.

In addition to the five years’ imprisonment, the court also banned Bokaev and Ayan from “engaging in civic activities” for three years after their release and fined them the equivalent of US$1,500, leaving no doubt about the government’s intention to silence them for the long-term.

Maks Bokaev and Talgat Ayan, activists imprisoned in November 2016 after protesting land reform proposals, continued to serve five-year sentences. Bokaev was transferred to prison medical units due to health complications in July and October. In April, the United Nations Working Group on Arbitrary Detention deemed Bokaev’s and Ayan’s deprivation of liberty arbitrary, and called on the government to release and compensate them.

On October 29, an unknown assailant attacked Marat Zhanuzakov, an activist in Kokshetau, northern Kazakhstan, wounding him in the head. Police investigated but later claimed Zhanuzakov fell on his own. Zhanuzakov linked the attack to his critical political commentary on social media.

Independent and opposition journalists continued to face harassment, physical attacks, and spurious criminal prosecutions. Unknown assailants stabbed journalist Ramazan Yesergepov in May as he traveled by train to Astana to meet with diplomats. Yesergepov linked the attack to his public calls for sanctions against Kazakh officials who commit human rights violations. Officials opened an investigation, but at time of writing no one has been held accountable. The European Union delegation in Astana called for a swift, thorough investigation to bring those responsible to justice.

Kazakhstan’s Supreme Court ruled in August to overturn and return to a lower court a 2016 defamation conviction against Tamara Eslyamova, editor of the independent newspaper Uralskaya Nedelya and the newspaper’s founders. The lower court ruled against Eslyamova in October, but reduced total damages to 300,000 tenge (US$900) from 3.5 million tenge ($10,500).

In November, a court granted parole to Seitkazy Mataev, head of the National Press Club, whose six-year prison sentence was halved in April. Mataev, along with his son, Aset, also a journalist, were imprisoned in October 2016 on spurious embezzlement charges. Aset remained in prison.

Parliament is considering some media and information law amendments that could undermine media freedoms, including by introducing an overly vague definition of “propaganda.” In an open letter, human and media rights groups in September urged parliament to create a working group to draft a new media law instead.

The independent labor movement faced a concerted crackdown in 2017. In January, a court closed the Confederation of Independent Trade Unions of Kazakhstan (KNPRK) for failing to register in accordance with the restrictive trade union law. A court convicted KNPRK President Larisa Kharkova on politically motivated embezzlement charges in July, and imposed travel and other restrictions for four years, and banned her from trade union leadership positions for five years.

A court found illegal a January hunger strike by approximately 400 oil workers in Aktau protesting the closure of KNPRK. Nearly 50 workers were fined or ordered to pay compensation to their employer. In April and May, courts sentenced two participants, Amin Eleusinov and Nurbek Kushakbaev, to two and two-and-a-half years’ imprisonment, respectively, in apparent retaliation, and barred them from union activities for two and five years.

In June, the International Labour Organization’s (ILO) Committee on the Application of Standards reviewed Kazakhstan for the third year in a row for freedom of association violations, and called on authorities to revise the Trade Union Law and ensure that KNPRK operates. At time of writing, the government has not addressed the ILO’s conclusions.

Kazakh authorities regularly deny permits for gatherings aiming to criticize government policies. Police break up unauthorized protests and arbitrarily detain and sanction organizers and participants. For example, in February, police detained three activists for attempting to organize a rally in Almaty supporting detained journalist Mamay. A court sentenced one of them to 15 days’ detention.

Six years after violent clashes brought an end to an extended oil sector labor strike in Zhanaozen, the authorities still have not credibly investigated torture allegations made by those subsequently detained and prosecuted.

Courts convicted at least 22 people on criminal charges of “inciting religious discord” or “membership in a banned organization,” in violation of their right to freedom of religion or belief, according to international religious freedom watchdog Forum 18. Among them were 15 members of the Tabligh Jamaat movement, five men who worked or studied in Saudi Arabia, and two Jehovah’s Witnesses. In October, the UN Working Group on Arbitrary Detention called for the immediate release of Jehovah’s Witness Teimur Akhmedov, imprisoned in May.

In July, an Almaty Region court fined a Protestant pastor and five foreign visitors for illegal missionary activity for an outdoor baptism. Authorities imposed three-month bans on Protestant and Jehovah’s Witness churches in Almaty in March and June, respectively, and on a Protestant church in Ust-Kamenogorsk in August, for violating the restrictive religion law.

The government is proposing amendments to the religion law, which would increase restrictions and sanctions on religious teaching, proselytizing, and publications. At time of writing, the draft had not yet been submitted to parliament.

In July, President Nursultan Nazarbaev signed amendments to the criminal code decriminalizing battery and light bodily harm, including in cases of domestic violence. The law does not envisage criminal sanctions for repeat offenses.

Amendments to counterterrorism and extremism-related legislation, which increase restrictions on travel abroad for religious purposes and tighten censorship of religious literature, took effect in January 2017. An October 2016 report by the OSCE Office for Democratic Institutions and Human Rights found the amendments could unduly restrict freedom of movement, expression, and religion.

In July, President Nazarbaev signed into law amendments that allow deprivation of citizenship for certain terrorism-related crimes and that bar independent candidates from running for president.

Many lesbian, gay, bisexual, and transgender (LGBT) people hide their sexual orientation or gender identity out of fear of reprisals or discrimination. On rare occasions when LGBT people report abuse, they can face indifference and hostility from authorities. Transgender people must undergo humiliating and invasive procedures—including a psychiatric diagnosis and coerced sterilization—to change gender on official documents. Feminita, an Almaty-based lesbian, bisexual and queer (LBQ) group, reported that “police not only use vulgar, evil, insulting jokes, but also blackmail, [and] sometimes violence,” based on interviews with LBQ people across Kazakhstan in 2016 and 2017.

Many of Kazakhstan’s international partners did not use key opportunities to insist that the government improve the human rights situation. Public criticism remained muted.

During his June tour of Central Asia, UN Secretary-General António Guterres named Kazakhstan a “pillar of stability,” but failed to condemn politically motivated prosecutions and imprisonment of activists, journalists and union leaders. Guterres did not meet independent groups or activists in Kazakhstan.

In statements in advance of and during EXPO 2017, US officials continued to downplay human rights concerns. In June, US Secretary of State Rex Tillerson praised Kazakhstan for “its commitment to democracy, religious tolerance, and free speech.”

European Parliament hearings on ratification of the EU-Kazakhstan Enhanced Partnership and Cooperation Agreement, signed in December 2015, began in August but had not concluded at time of writing.