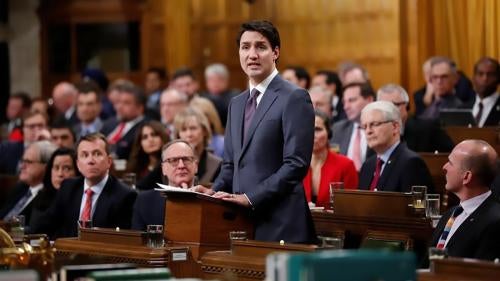 Canada is a vibrant multiethnic democracy that enjoys a global reputation as a defender of human rights. Despite a strong record on core civil and political rights protections guaranteed by the Canadian Charter of Rights and Freedoms, the government of Prime Minister Justin Trudeau faces longstanding human rights challenges. Many of these relate to the rights of Indigenous peoples, including violations of their right to safe drinking water and police abuse of Indigenous women. Canada also grapples with serious human rights issues relating to detention, including the placement of children in immigration detention. 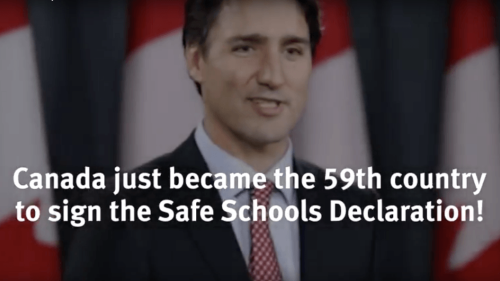 The government has yet to pay adequate attention to systemic poverty, housing, water, sanitation, healthcare, and education problems in Indigenous communities, particularly those in remote and rural areas. The United Nations Committee on the Elimination of Racial Discrimination in September urged the government to remedy what it found were persistent violations of the rights of Indigenous peoples.

Inadequate access to clean, safe, drinking water continues to pose a major public health concern in many Indigenous communities. The poor quality of water on First Nations reserves has a serious impact on health and hygiene, especially for high-risk individuals—children, elders, and people with disabilities.

In March, Canada provided an update on progress toward meeting Prime Minister Trudeau’s commitment to end drinking water advisories in First Nations in five years, and committed to taking a new approach to fixing the drinking water crisis, including an online resource for tracking the number of advisories to increase transparency in its progress. At time of writing, the process to adopt safe drinking water regulations had stalled, with the largest First Nations organization in the country calling for the problematic law enabling regulations to be repealed.

Many residents of Grassy Narrows and Wabaseemoong (Whitedog), two First Nations communities along the English-Wabigoon River in northwestern Ontario, continue to live with mercury poisoning due to contamination from a now-closed chemical plant upstream in Dryden.

While the Ontario Environment Ministry said it was unaware of the contamination until 2016, a confidential report made public in October noted that provincial officials were told in the 1990s that the site was contaminated and that some groundwater samples taken at the site in recent years still show high levels of mercury.

The Prime Minister’s Office announced in January 2017 that it would tackle the mercury contamination "once and for all," although the prime minister subsequently claimed it was a provincial issue. Federal and provincial-level responses to residents’ health needs and the wider environmental contamination have been woefully inadequate, although the Ontario government pledged CAN$85 million in mid-2017 towards cleaning the river.

In its 2015 inquiry into the murders and disappearances of Indigenous women and girls, the Inter-American Commission on Human Rights affirmed that racial discrimination and socio-economic marginalization were root causes of the violence.

In September 2016, the Canadian government launched a two-year national inquiry into missing and murdered Indigenous women and girls. The inquiry is tasked with examining the root causes and institutional responses to high levels of violence.

Human Rights Watch and other groups have called on the national inquiry to closely examine how policing failures are contributing to Indigenous women’s vulnerability to violence. To date, Canada has made only limited progress to ensure that police are accountable for these policing failures. Lack of accountability for policing abuses against Indigenous women exacerbates long-standing tensions between police and Indigenous communities in Canada.

Human Rights Watch and other groups have called on Canadian authorities to ensure that children and families with children are not detained solely because of their immigration status; develop strong policies and guidelines about how the various alternatives to detention should be used; and review their practices to ensure that they are reflecting the best interests of the child in all decisions that affect them.

Canada’s status as home to more than half of the world’s mining companies and its dominant position in mining investment abroad create a key opportunity for the government to exercise global leadership on the human rights challenges that arise in the extractives context.

However, no Canadian law provides a mechanism to allow Canadian authorities to exercise meaningful scrutiny and oversight of the human rights impact of Canadian extractive companies operating overseas, or the extent to which those companies respect human rights in their operations. On these issues, Canadian companies operating overseas generally only must comply with the laws and regulations of the countries in which they work. This often means the bar is set far too low.

To date, victims of human rights abuses associated with Canadian mining companies operating abroad have had limited redress in Canada. However, in a potentially ground-breaking decision in November, the British Columbia Court of Appeal ruled that a civil claim against the Canadian firm, Nevsun Resources, for alleged used of forced labor at an Eritrean mine could be heard in Canada.

Human Rights Watch and other groups have called on the government to establish an ombudsperson’s office with a mandate to independently investigate and publicly report on complaints related to human rights issues involving Canadian mining companies. This would help strengthen the mining industry’s human rights practices consistent with UN Human Rights Committee’s recommendations to Canada to both establish an independent mechanism to investigate extractives companies operating abroad and a legal framework of remedy for abuses suffered by affected communities.

The bill introduces some important reforms, such as increasing oversight over the security and intelligence agencies. But a coalition of Canadian civil society organizations voiced concerns in September that the proposed legislation does not provide the fundamental change needed to undo C-51’s legacy, for example by substantially curtailing CSIS powers to disrupt a vast array of activities in the name of security, and ensure that human rights is at the core of Canada’s national security framework.

In June, the Trudeau government overturned a previous government law that made it possible to strip dual citizens of their Canadian nationality if convicted of terrorism, treason, or espionage.

In June, Bill C-16 received royal assent amending the Canadian Human Rights Act to add gender identity and gender expression to the list of prohibited grounds of discrimination. The bill also amends the criminal code to extend protection against hate propaganda to any section of the public that is distinguished by gender identity or expression while deeming that any offence motivated by bias, prejudice, or hate based on gender identity and expression as an aggravating circumstance in sentencing.

In November, Prime Minister Trudeau apologized to members of the LGBT community for actions the government took through the late 1980s against thousands of workers in the military and the Canadian public service. The government also announced in May that it would pardon and expunge records for any Canadians who were charged, and who still have on their records, criminal offences that are no longer on the books.

In her first major foreign policy address, Minister of Foreign Affairs Chrystia Freeland in June articulated the government’s view that there is a need to renew and strengthen the postwar multilateral order and reaffirmed Canada’s “unshakeable commitment to pluralism, human rights and the rule of law.”

In August, Minister Freeland ordered an investigation into the alleged use of Canadian-made military vehicles by Saudi security forces in a violent crackdown in the Shia-populated city of Awamiyah in the Eastern Province. A government spokesperson told reporters that the minister would take action if it was found that Canadian exports had been used “to commit serious violations of human rights.”

Canadian law limits the export of military technology to countries with a record of human rights violations. Human Rights Watch has documented a Saudi-led coalition of states committing repeated laws of war violations, some likely war crimes, in Yemen, and has repeatedly urged the Canadian government and others to stop selling weapons to Saudi Arabia until it credibly investigates and curtails its unlawful attacks.

In February, Canada endorsed the Safe Schools Declaration, thereby committing to do more to protect students, teachers, and schools during times of armed conflict, including through the implementation and use of the Guidelines for Protecting Schools and Universities from Military Use during Armed Conflict.

In May, the UN Committee on the Rights of Persons with Disabilities urged the Canadian government to collect much-needed disaggregated data and information about persons with disabilities and remedy persistent gaps in the equal enjoyment and exercise of rights.

In June, the UN Working Group on Business and Human Rights concluded its 10-day visit to Canada. The group urged Canada to “take a tougher line” on human rights abuses in the extractive sector, both domestically and overseas.