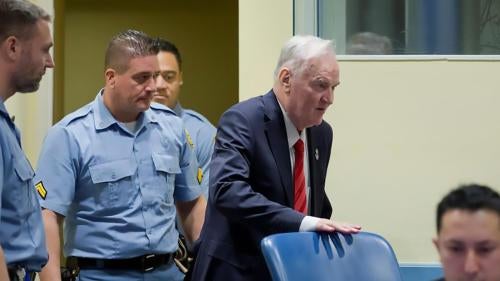 There was little visible progress on human rights during 2017. Authorities failed yet again to end structural and political discrimination against Jews, Roma, and other minorities. There was limited progress towards accountability for war crimes in domestic courts. Journalists remain vulnerable to intimidation and threats. Lesbian, gay, bisexual, and transgender (LGBT) people face hate speech and threats. More than 98,000 people remain displaced from their original homes, despite the fact that conflict ended more than 20 years ago.

2017 marked another year in which the government and assembly failed to make progress amending the constitution to eliminate ethnic and religious discrimination in candidacy for the national tripartite presidency and the House of Peoples, despite a further pledge to do so by January 2017.

Currently, the constitution permits candidates for these institutions only from one of the three main ethnic groups—Bosniaks, Serbs, and Croats, thereby excluding Jews, Roma, and other minorities from political office. The European Court of Human Rights (ECtHR) ruled in 2009 and 2016 that the arrangements violate the European Convention on Human Rights.

According to the Ministry for Human Rights and Refugees, the official number of internally displaced persons (IDPs) at the end of October was 98,574. By mid-November, 39 internally displaced families (107 individuals) and 16 refugee families (56 individuals) had returned to their pre-war homes since January, according to the United Nations High Commissioner for Refugees (UNHCR).

By mid-November, Bosnia and Herzegovina had registered 211 asylum applications and granted four people subsidiary protection. No one had been granted refugee status at time of writing. Most asylum seekers came from Syria, Pakistan, and Afghanistan.

There was slow progress in prosecuting war crimes in domestic courts.

The goal to finish the most complex cases in the War Crimes Chamber of the State Court by the end of 2015 has not been reached.

Between January and November 2017, the State Court War Crimes Chamber delivered 37 verdicts, 20 of them appeals. Out of 37 verdicts, the court reached seven acquittals, 22 convictions, and eight partial acquittals. The total number of final judgments since the court became fully operational in 2005 stands at 188.

Between 2004 and 2016, 116 such cases were completed across all jurisdictions in the country. As of the end of 2016, 58 cases involving conflict-related sexual violence were ongoing in courts, and 128 cases remained under investigation. Many survivors have not accessed needed medical or psychosocial care, or financial compensation and support, in part due to lack of a comprehensive reparations scheme for wartime sexual violence.

In January 2017, the State Court of Bosnia and Herzegovina confirmed the indictment against Boro Milojica and Zelislav Rivic. They are accused of participating in crimes against humanity in 1992 as members of Bosnian Serb forces, including widespread and systematic attacks on civilians in Prijedor and the murder and persecution of Bosniak, Croat, and Romani civilians.

In September 2017, the Prosecutor's Office of Bosnia and Herzegovina issued an indictment against Serbian national Nenad Bubalo for crimes against humanity over the killing and persecution of civilians in the Bihac municipality area in 1992, while serving as an officer in Bosnian Serb forces. The indictment was forwarded to the Court of Bosnia and Herzegovina, which had yet to confirm it at time of writing.

Cross appeals against the conviction and sentence filed in April 2016 by lawyers for Bosnian Serb wartime President Radovan Karadzic and prosecutors at the International Criminal Tribunal for the former Yugoslavia (ICTY), in relation to his March 2016 conviction for genocide, crimes against humanity and war crimes, were pending at time of writing.

On November 22, 2017, the ICTY convicted former Commander of the Republika Srpska Army, Ratko Mladic, of genocide in Srebrenica, war crimes and crimes against humanity in Bosnia, and sentenced him to life in prison.

Between January and September 2017, Civil Rights Defenders, an international nongovernmental organization (NGO), documented an increased amount of freedom of assembly violations in Bosnia and Herzegovina. The most serious breach was the violent dispersal of a demonstration in Kruscica, where locals were protesting the building of a river dam.

Journalists continue to work in an environment where threats and intimidation are common. The national journalists’ association BH Novinari registered, in the first nine months of 2017, 45 cases involving assault on media freedom and expression, including nine physical attacks, seven death threats and six other threats, and two cases of defamation. The state response remains inadequate. Police investigations into attacks take too long and only rarely lead to criminal proceedings. Although the total number of cases of assaults declined, the number of physical attacks and death threats rose slightly compared to 2016. The difficult climate for journalists was also underlined in an August 2017 report by the Institution of Human Rights Ombudsman of Bosnia and Herzegovina, which recommended stronger criminal sanctions and training for police, prosecutors, and judges to tackle attacks on journalists.

Between January and September 2017, Sarajevo Open Centre, an LGBT rights organization, documented 39 cases of hate speech, mostly on social networks and online portals, seven cases of discrimination, and 23 cases of hate crimes towards LGBT people. These cases included eight cases of illegal imprisonment and forced conversion therapies by family members, five cases of homophobic and transphobic violence in schools (of which three were committed against children), and 10 threats of violence, physical, verbal and psychological violence, or blackmail. The reaction of police and public authorities to these incidents was generally inadequate.

In its annual Human Rights Report published in March, the US Department of State highlighted the issue of child marriage in certain Romani communities in Bosnia and Herzegovina, affecting girls between the ages of 12 and 14, and the lack of government programs to tackle these issues. It noted that violence against women remains widespread and police response is inadequate. The report identified conditions in the country’s prisons as harsh and sometimes life-threatening.

In July, the European Union (EU) delegation to Bosnia and Herzegovina expressed concerns over threats against journalists in Banja Luka and Sarajevo, and called for full investigations in such cases.

In its concluding observations adopted in May, the United Nations Committee on the Rights of Persons with Disabilities expressed concerns over the lack of a human rights-based concept of disability in Bosnia and Herzegovina’s entities and cantons. The committee expressed concern at the lack of efforts to bring existing legislation in line with the Disability Rights Convention, and the exclusion of persons with disabilities from public life, especially women with disabilities.

In its concluding observations in April, the Human Rights Committee renewed its concern over the slow pace of accountability for war crimes in domestic courts, noting the failure to meet the goals in the National War Crimes Strategy to conclude most complex cases by the end of 2015.

In a November report, Council of Europe Commissioner for Human Rights Nils Muižniek expressed dismay that generations of children have been educated in segregated schools with little or no interaction with children from other ethnic groups. He also expressed concern over the low number of domestically prosecuted war-related crimes of sexual violence, and called on authorities to step up efforts in prosecuting war crimes.