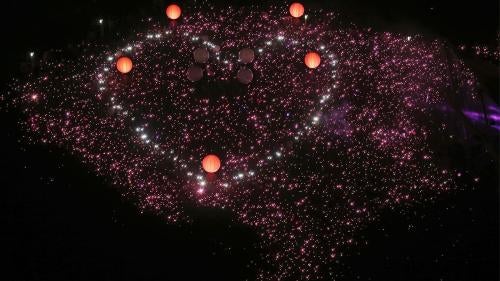 Singapore’s political environment is stifling, and citizens continued in 2016 to face severe restrictions on their basic rights to freedom of expression, association, and peaceful assembly. The government effectively controls print media, and online media outlets are forced to register with the government and post a significant bond. Bloggers and online media that comment on political issues are targeted for prosecution with vague and overly broad legal provisions on public order, morality, security, and racial and religious harmony.

The government maintains restrictions on the right to freedom of peaceful assembly through the Public Order Act, which requires a police permit for any “cause-related” assembly if it is held in a public place, or if members of the general public are invited. Permits are routinely denied for events addressing political topics.

An area of Hong Lim Park known as the “Speaker’s Corner” is the only place in Singapore where an assembly can be held without a police permit, but only citizens may speak there, and only citizens or permanent residents may participate in assemblies there. The government forbids speeches about religion or religious belief, or about anything “that may cause feelings of enmity, hatred, ill-will or hostility between different racial or religious groups in Singapore.” Violation of any of these restrictions is a criminal offense.

Associations of more than 10 people are required to register with the government, and the Registrar of Societies has broad authority to deny registration if he determines the group could be “prejudicial to public peace, welfare or good order.” The Registrar of Societies has refused to allow any lesbian, gay, bisexual, or transsexual (LGBT) organization to register as a society on the ground that “it is contrary to the public interest to grant legitimacy to the promotion of homosexual activities or viewpoints.”

Criminal laws are also used against online speech. The two co-editors of the news portal The Real Singapore were charged with sedition for publishing articles with allegedly “anti-foreign” content. Ai Takagi pled guilty to four counts of sedition in March 2016 and the court sentenced her to 10 months in prison. Yang Kaiheng, who co-founded the website with Takagi, pled guilty in June 2016 and was sentenced to 8 months in prison.

On May 26, 17-year-old blogger Amos Yee Pang Sang was charged with six counts of “wounding religious feelings” in violation of penal code article 298 for online posts authorities allege were derogatory of Islam and Christianity. Yee, who represented himself in court, pled guilty to six counts of wounding religious feelings. On September 29, he was sentenced to six weeks in prison.

In August 2016, the government passed new legislation codifying the law of contempt. The new Administration of Justice (Protection) Act provides penalties of up to S$100,000 (US$70,000) and three years in prison for several forms of contempt of court, including the archaic offense of “scandalising the court.” The latter prohibition has been repeatedly used to penalize those who criticize the judiciary or judicial opinions.

Government officials continue to use criminal and civil defamation as a means to silence critics. In December 2015, a court ordered Roy Ngerng Yi Ling to pay Prime Minister Lee Hsien Loong 150,000 Singapore dollars (US$105,000) in damages and S$29,000 (US$20,300) in legal costs for a single blog post criticizing the management of the government’s central provident fund.

All films and videos shown in Singapore must be pre-approved by the Board of Film Censors. Theater productions must also obtain a license under the Public Entertainment and Meetings Act, and to do so must submit their scripts for approval. In June 2016, a production of “Les Miserables” was forced to delete a scene containing a same-sex kiss.

Outspoken activists are subject to government harassment. In May 2016, the police interrogated and searched the homes of political activist and blogger Roy Ngerng Yi Ling and long-time activist Teo Soh Lung, seizing phones and computers. The two were investigated for posts on their personal Facebook pages that allegedly violated an election law restricting political campaigning during a “cooling-off period” before a by-election. The law, however, specifically permits “the transmission of personal political views by individuals to other individuals, on a non-commercial basis, using the Internet,” and this use of it against private individuals was unprecedented.

Singapore uses the Internal Security Act (ISA) and Criminal Law (Temporary Provisions) Act to arrest and administratively detain persons for virtually unlimited periods without charge or judicial review. On October 6, the Ministry of Home Affairs stated that 17 individuals were currently detained under the ISA, and an additional 25 had been issued with restraining orders under the law. There is little publicly available information about those detained or the basis for their detentions, but the family of Zulfikar Mohamad Shariff, detained under the ISA in 2016, has publicly contested the alleged grounds for his detention.

Singapore retains the death penalty, which is mandated for many drug offenses and certain other crimes. Under provisions introduced in 2012, however, judges have some discretion to bypass the mandatory penalty and sentence low-level offenders to life in prison and caning. Malaysian Kho Jabing, whose death sentence for murder was reduced to life in prison and 24 strokes of the cane pursuant to the new provisions, was executed in May 2016 after the Court of Appeal overturned the resentencing and Singapore’s highest court rejected his appeal of that decision.

Use of corporal punishment is common in Singapore. For medically fit males ages 16 to 50, caning is mandatory as an additional punishment for a range of crimes, including drug trafficking, violent crimes (such as armed robbery), and even some immigration offenses. Sentencing officials may also order caning for some 30 additional violent and non-violent crimes.

The rights of Singapore’s LGBT community are severely restricted. Sexual relations between two male persons remains a criminal offense, and there are no legal protections against discrimination on the basis of sexual orientation or gender identity. The Media Development Authority effectively prohibits all positive depictions of LGBT lives on television or radio.

The annual Pink Dot Festival in support of LGBT rights celebrated its eighth year in Hong Lim Park in June 2016, supported by the sponsorship of corporations including Google, Barclays, J.P. Morgan, Goldman Sachs, BP, Bloomberg, Twitter, Apple, and Facebook. A few days after the event, the Ministry of Home Affairs warned multinational companies to stop funding the event, saying such support constitutes “foreign interference” with domestic affairs. In October, the Ministry of Home Affairs announced that, under newly promulgated rules, any entity that is not incorporated in Singapore and does not have a majority of Singapore citizens on its board is now required to apply for a permit to sponsor an event in Hong Lim Park.

Foreign migrant workers are subject to labor abuse and exploitation through debts owed to recruitment agents, non-payment of wages, restrictions on movement, confiscation of passports, and sometimes physical and sexual abuse. In March 2016, a Singapore couple was convicted of starving their domestic worker, who lost more than 20 kilograms during her 15 months of employment.

The work permits of migrant workers in Singapore are tied to a particular employer, leaving workers vulnerable to exploitation. Foreign domestic workers are still excluded from the Employment Act and many key labor protections, such as limits on daily work hours. Labor laws also discriminate against foreign workers by barring them from organizing and registering a union or serving as union leaders without explicit government permission. Local nongovernmental organizations have reported an increase in the past year in underage domestic workers, particularly from Burma.