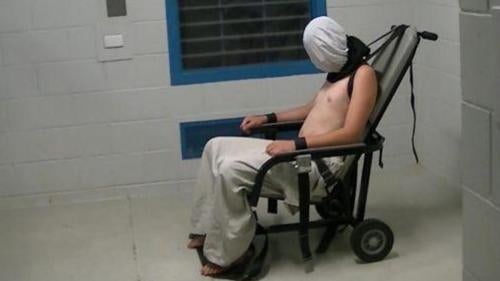 Australia is a vibrant multicultural democracy with a strong record of protecting civil and political rights, but serious human rights issues remain. In 2016, the government continued its draconian policy of offshore transfers of asylum seekers to Manus Island in Papua New Guinea (PNG) and Nauru. There were growing calls to address abusive offshore detention conditions and resettle those found to be refugees in Australia.

Indigenous Australians remain disproportionately subject to the criminal justice system. In 2016, the government of Prime Minister Malcolm Turnbull announced a royal commission into the mistreatment of children in detention facilities in the Northern Territory.

In November, controversy over the Racial Discrimination Act—including attacks on the Australian Human Rights Commission for its handling of discrimination complaints—led the government to set up a parliamentary inquiry to examine whether the act imposes unreasonable limits on free speech. Other human rights concerns include overly broad counterterrorism laws and limits to the rights of people with disabilities. 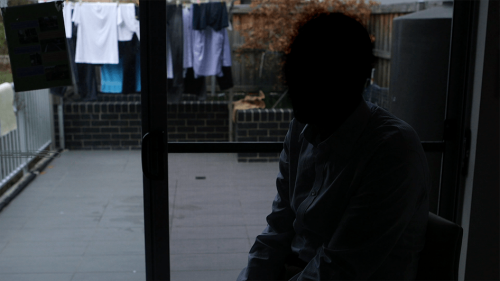 Since June 2013, anyone intercepted arriving by boat and seeking refuge in Australia has been sent to Manus Island or Nauru. At time of writing, more than 900 asylum seekers and refugees lived on Manus Island and about 1,200 on Nauru.

In February 2016, the Australian High Court rejected a constitutional challenge to the offshore detention regime in Nauru. The court ruled that Australia’s role in securing, funding, and participating in the detention of asylum seekers and refugees on Nauru was authorized by law. However, in April, the PNG Supreme Court ruled that the detention of asylum seekers on Manus Island was unconstitutional. In August, the Australian and PNG governments agreed to close the center, although they set no timetable.

On Nauru, refugees and asylum seekers regularly endure violence, threats, and harassment from Nauruans, with little protection from local authorities. They face unnecessary delays in, and at times denial of, medical care, even for life-threatening conditions. Many have dire mental health problems and suffer from depression. Self-harm and suicide attempts are frequent. In May 2016, two refugees self-immolated in separate incidents; one died and the other was badly burned.

At time of writing, only 25 of the 675 refugees on Manus had been allowed to move to mainland PNG, working in Lae or Port Moresby. Of this number, several returned to Manus citing threats to personal safety and poor working and living conditions. Of six refugees who resettled from Nauru to Cambodia under an A$55 million (US$43 million) deal struck between the countries in 2015, two remain. The others returned to their country of origin.

The Australian government’s offshore operations are highly secretive. Service providers working for the Australian government face criminal charges and civil penalties if they disclose information about conditions for asylum seekers and refugees. In August and September 2016, the Guardian newspaper published more than 2,000 leaked documents that exposed endemic and systematic abuse, predominantly of children, at the Nauru detention center.

In 2016, the Australian navy turned back boats carrying migrants, sending them to Vietnamese and Sri Lankan waters. Both countries have poor records concerning returned migrants.

Asylum seekers or refugees perceived to be lesbian, gay, bisexual, transgender, or intersex (LGBTI) face harassment and abuse despite the recent decriminalization of same-sex conduct in Nauru; in Papua New Guinea, such conduct remains criminalized.

In November, the Turnbull Government introduced legislation that would prohibit adult asylum seekers and refugees who have attempted to arrive in Australia by boat since July 19, 2013, from ever obtaining an Australian visa of any kind. In November, the government also announced a one-off arrangement to resettle some refugees from Manus and Nauru in the United States, saying that women, children, and families would be prioritized. At time of writing, no one had been removed for resettlement to the US.

2016 marked the 25th anniversary of the Royal Commission into Aboriginal Deaths in Custody. The commission recommended that imprisonment of indigenous people convicted of crimes be a sanction of last resort. However, since 1991, the rate of indigenous imprisonment has doubled.

Indigenous Australians are significantly overrepresented in the criminal justice system. Indigenous adults are 13 times more likely to be imprisoned than their non-indigenous counterparts. Aboriginal women are the fastest growing prisoner demographic in Australia. In the state of Western Australia, some 50 percent of the female adult prison population is of Aboriginal or Torres Strait Islander origin even though such individuals make up only 3 percent of the state’s population. Indigenous offenders are disproportionately detained or imprisoned for minor and poverty-related offenses, particularly public order and unpaid fines offenses.

The juvenile detention rate for indigenous youth is about 24 times the rate of non-indigenous youth. Indigenous children are often held in pre-trial detention, despite the international legal requirement that detention of children be a last resort and for the shortest appropriate period of time.

In October, the Turnbull Government instructed the Australian Law Reform Commission to report on the overrepresentation of indigenous Australians in prisons; Federal Attorney-General George Brandis called it a “national tragedy.”

In July 2016, the Australian Broadcasting Corporation aired disturbing CCTV footage showing the teargassing, hooding, shackling, and stripping of children at a youth detention facility in August 2014. The incident had been a subject of a 2015 report by the Northern Territory’s children’s commissioner that revealed serious shortcomings in juvenile detention practices in the territory. Despite the report, territory officials failed to act. Within 12 hours of the footage airing, Prime Minister Turnbull announced a royal commission into child protection and youth detention in the territory.

In August, the Queensland attorney general announced an independent review into the practices, operation, and oversight of Queensland’s youth detention facilities after the emergence of allegations of mistreatment akin to those in the Northern Territory.

Since 2014, the Australian government has introduced a range of counterterrorism laws in response to the threat of “home-grown terrorism.”

In September, the government introduced two further legislative measures to deter terrorist attacks. The first bill proposes legislation that would allow a judge to authorize detention for terrorist offenders who have served their sentences but who pose an “unacceptable risk” of committing a serious offense if released. Such post-sentence detention for periods of up to three years could be renewed, raising concerns about arbitrary and indefinite detention using a low standard of proof and secret evidence. The second bill, passed in November, extends control orders to 14 year olds.

In November 2015, a senate committee inquiry found that violence, abuse, and neglect of people with disabilities is both “widespread and takes many forms.” The committee’s report detailed long-term systematic abuse of persons with disabilities in residential and institutional settings.

Women and girls with disabilities in Australia are particularly at risk of sexual violence. Studies have shown that women with disabilities face much higher rates of sexual abuse than the general population of women. Some face coerced sterilization and forced psychiatric interventions.

In July 2016, the government rolled out the new National Disability Insurance Scheme (NDIS). While the NDIS represents a major advancement on many fronts, in some states it harms services for people with disabilities most at risk, such as those in contact with the justice system.

However, Australia supported a US-led joint statement at the United Nations Human Rights Council in March condemning China’s detention of activists and enforced disappearances of citizens and foreigners. In August, Australia and Vietnam held their 13th Annual Human Rights Dialogue in Hanoi. Australia reiterated its “serious concerns about the harassment, arrest and detention of peaceful human rights activists.”

In February, the government announced that Philip Ruddock would be Australia's first special envoy for human rights and would drive Australia’s campaign for a seat on the UN Human Rights Council in 2018. As Australia’s immigration minister from 1996 to 2003, Ruddock implemented the “Pacific Solution,” Australia’s abusive policy of offshore detention and processing of refugees and asylum seekers.

In February, the UN Committee on the Rights of the Child expressed “great concern” over the Australian High Court’s finding that detaining asylum seekers offshore is legal. In May, the UN refugee agency stated that Australia’s “current policy of offshore processing and prolonged detention is immensely harmful” and that the arrangements with Nauru and PNG had “proved completely untenable.”

In August 2016, in response to the leaked files published in the Guardian, the UN High Commissioner for Human Rights again urged Nauru and Australian authorities to “put an end to the model of processing and keeping migrants offshore.”

In October, UN Special Rapporteur on Human Rights Defenders Michael Forst visited Australia and expressed concern about restrictions facing civil society, freedom of expression, freedom of assembly, and access to justice. In November, UN Special Rapporteur on the Human Rights of Migrants Francois Crepeau visited Australia and Nauru and found that some of Australia’s migration policies “have increasingly eroded the rights of migrants, in contravention of its international human rights and humanitarian obligations.” Crepeau expressed deep concern about the impact of such policies on the mental health of many migrants.