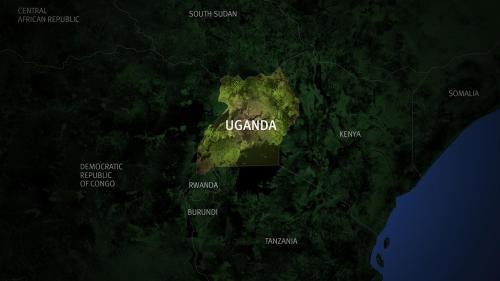 Concerns about violations of freedom of association, assembly, and expression are increasing as Uganda prepares for presidential and parliamentary elections in early 2016. Police obstruct some candidates’ access to media and public meetings. President Yoweri Museveni has been in power for 30 years and remains his party’s sole presidential candidate. Former Prime Minister Amama Mbabazi left the ruling party to vie for president and has faced arrest, detention, and obstructions during his campaigns, as have other opposition candidates.

A new nongovernmental organizations (NGOs) bill, passed by parliament in November, includes vague and undefined “special obligations” of independent groups, provisions that could make organizations vulnerable to politically motivated charges for legitimate work. Although the Anti-Homosexuality Act was overturned by a constitutional challenge in 2014, government officials continue to voice support for its discriminatory provisions.

The 2013 Public Order Management Act grants police wide discretionary powers over the content and management of public meetings. The law has been used largely to obstruct civic meetings and opposition rallies and as a basis to arrest opposition members and their supporters, posing a serious threat to freedom of assembly.

The law’s uneven implementation in the run-up to the 2016 elections has led to numerous accusations of partisan policing, where police prevent opposition gatherings while protecting activities deemed partial to the incumbent. In July, police arrested two opposition presidential candidates, Dr. Kizza Besigye and Amama Mbabazi, as they tried to hold meetings in Kampala and Mbale, respectively. Seven youth activists holding a press conference to condemn the arrests were arrested and charged with unlawful assembly. Meanwhile, police escorted Museveni supporters during a mock funeral for Mbabazi as they marched through Gulu, Northern Uganda with a coffin bearing his photos. In September, police used teargas, rubber bullets, and brutality to disperse people gathered to hear Mbabazi, despite the absence of public disorder. In some instances, police fired teargas canisters directly at people, turning the canisters into projectiles that caused injury. In Jinja, Eastern Uganda, police lobbed teargas canisters onto the grounds of a primary school, harming children during one opposition gathering.

In January, police arrested six activists from the Unemployed Youth, a protest group, on charges of inciting violence after they brought chickens to a central Kampala square as a “retirement gift” for President Museveni to protest high unemployment. Charges of criminal trespass and conspiracy are still pending against two activists from another group, the Jobless Brotherhood, for protests in June and October 2014 in which they highlighted unemployment and government corruption by releasing pigs painted yellow—the ruling party’s color—in public spaces in Kampala. In August, the group’s founder, Norman Tumuhimbise, was forcibly disappeared for eight days. The group has said police abducted, detained, and tortured him. Police have denied the allegations.

In June, police charged blogger Robert Shaka with offensive communication under the Computer Misuse Act. Police argued that Shaka violated the president’s right to privacy by questioning his health on Facebook. Shaka spent four days in prison, was charged and released on bail.

The government has increasingly sought to curtail the work of NGOs working on topics considered sensitive by the government, such as governance, human rights, land, oil, and the rights of lesbian, gay, bisexual and transgender (LGBT) people. Tactics include closure of meetings, threats, and heavy-handed bureaucratic interference. In July, the internal affairs minister ordered an investigation and suggested possible deregistration of the Great Lakes Institute for Strategic Studies. The minister argued the organization was opposing government programs and recruiting young people into political opposition parties.

In April, the government tabled the Non-Governmental Organisations bill. The repressive and controversial bill was significantly improved during parliamentary debates, but the version that was passed by parliament in November remains troubling. The bill includes vague “special obligations” of NGOs, including a requirement that groups should “not engage in any act which is prejudicial to the interests of Uganda or the dignity of the people of Uganda.” Another provision criminalizes any activities by organizations that have not been issued with a permit by the government regulator, fundamentally undermining free association rights. A separate provision provides criminal sentences of up to three years for any violations of the act. It is not clear when the bill will reach President Museveni for signature.

o ruling has been issued in the Feburary 2014 constitutional challenge to the current laws regulating organizations. Activists contend that some provisions violate the constitution and international human rights law.

Although the Constitutional Court nullified the Anti-Homosexuality Act on procedural grounds in 2014, there are concerns that a similar bill or similar repressive measures could become law. Given widespread homophobia and transphobia, the NGO bill could, if signed into law, provide a legal basis for restricting advocacy on the rights of LGBT people on the grounds that such work violates the “dignity of all Ugandans.”

There has been no hearing in the appeal of a July 2014 High Court ruling upholding the government’s forced closure of a 2012 LGBT rights workshop on the grounds that participants were “promoting” or “inciting” same-sex acts.

Lack of accountability for public sector corruption remains a serious problem, as misuse of government funds affects health services and infrastructure projects. Communities have voiced serious fears of land grabs, environmental damage, and lack of information as to if and how they can receive fair compensation for encroachment on their land when companies, such as those in mining or extractive industries, arrive.

Government officials, including President Museveni, have labeled those protesting investment projects as “development saboteurs” and argued for lethal force. In Amuru, Northern Uganda in September, soldiers shot at least five people during protests against a land sale to create a private hunting reserve.

In July, Jamil Mukulu, the leader of the Allied Democratic Forces, was extradited from Tanzania to face trial for multiple counts of murder. The ADF is a Ugandan, largely Muslim, rebel group that has been fighting the government since 1996. Since 2012, 12 Muslim clerics have been killed in Uganda. Police leadership has blamed the killings on the ADF. Although there have been some arrests, none has proceeded to trial.

In protests in 2009 and 2011, police and military police killed at least 49 people, but police have not conducted serious or meaningful investigations. Relatives continue to search for justice through civil cases. In December 2011, police disbanded the Rapid Response Unit but there have been no investigations into killings or torture by the unit. The Ugandan army has also not investigated cases of those tortured or killed while in the custody of the Joint Anti-Terrorism Task Force (JATT).

In August, a military court in Kasese, in western Rwenzori region, sentenced 11 people to 25 years in prison for carrying out the July 5, 2014 attacks on a military barracks and some police posts. There has been no accountability for the violent aftermath of the attacks in which civilians were tortured and killed. The government has committed to exhuming the mass graves in the area for investigations.

The rebel group the Lord's Resistance Army (LRA) remains active in central Africa but with allegations of killings and abductions on a significantly lesser scale than in previous years.

In January, former LRA commander Dominic Ongwen came into the custody of US forces in southeastern Central African Republic and was transferred to the International Criminal Court (ICC) to face charges of four counts of war crimes and three counts of crimes against humanity committed in 2004 in northern Uganda. Warrants for four other LRA commanders have been outstanding since 2005, but three are believed to be dead. LRA’s leader Joseph Kony is the group’s only remaining ICC suspect at large.

Former LRA fighter Thomas Kwoyelo, charged before Uganda’s International Crimes Division with willful killing, taking hostages, and extensive destruction of property, has been imprisoned since March 2009, but his trial has yet to begin. In April, the Supreme Court unanimously agreed that Kwoyelo should face trial and not receive amnesty.

Ongoing concerns of increased corruption, especially the October 2012 theft of US$12.7 million from the Office of the Prime Minister, and the passage of the Anti-Homosexuality Act prompted differing approaches among development partners.

The European Union, among others, continues to provide direct budgetary support, while the United Kingdom, Ireland and Germany have stopped, either cutting back on funding or channeling funds through civil society groups. In 2014, Belgium temporarily withheld 11 million euros ($12.05 million) for the health sector until Uganda reversed plans to send 300 health workers to Trinidad and Tobago in return for oil sector support.

The United States provides over $440 million annually to support the health sector, particularly anti-retrovirals. The Ugandan army continues to receive logistical support and training from the US for counterterrorism activities, its leading role in the African Union Mission in Somalia (AMISOM), and counter-LRA operations in the Central African Republic. One hundred US military advisors remain deployed to support anti-LRA efforts.