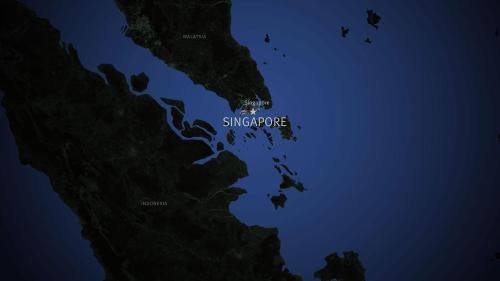 On March 23, Lee Kuan Yew, the founding prime minister of Singapore, died at age 91 after a short illness. In September, the ruling People’s Action Party (PAP) won 83 out of 89 seats in general elections. The PAP has ruled Singapore since 1959.

The government maintains restrictions on the right to freedom of peaceful assembly through provisions of the Public Order Act, which require a police permit for any “cause-related” assembly in a public place or to which members of the general public are invited. Grounds for denial are broad.

Associations of more than 10 people are required to register with the government, and the Registrar of Societies has broad authority to deny registration if it is determined that the group could be “prejudicial to public peace, welfare or good order.”

Protests and rallies conducted at the Speakers’ Corner in Hong Lim Park do not need a police permit provided that the topics discussed do not touch on religious or racial issues, and the organizer and speakers are Singaporean citizens. Foreigners who are not permanent residents may not participate unless they have a police permit.

During the year, the government continued its prosecution of activists relating to a Hong Lim Park protest on September 25, 2014. Officials charged Han Hui and Roy Ngerng Yi Ling with holding a demonstration without a permit based on authorities’ assessment that, although the two had a permit, it allowed speeches but not marching or other protest activities. Ngerng decided to plead guilty and paid a hefty fine; Han’s trial was continuing at time of writing. Ngerng and Han, along with four others—Janet Low, Ivan Koh, Goh Aik Huat, and Chua Siew Leng—were also charged with creating a public nuisance. Three of them pled guilty to the charge, but Hui, Low, and Koh were still contesting the charges in court at time of writing.

In February 2015, Singaporean police arrested a Singaporean and an Australian who were co-editors of the news portal The Real Singapore, and charged them in April with seven counts of sedition for publishing articles that authorities claimed had a “tendency to promote feelings of ill-will and hostility between different groups of people in Singapore.” In May, the MDA decided to suspend the operating license of The Real Singapore. In September, a court sentenced Filipino national Ed Mundsel Bello Ello, who worked in Singapore as a nurse, to four months in prison for comments he posted online disparaging Singaporeans.

The Newspaper and Printing Presses Act requires local newspapers to renew their registration ever year and empowers the government to limit circulation of foreign newspapers.

Government officials continue to use criminal and civil defamation as a means to silence critics. At time of writing, Roy Ngerng Yi Ling was awaiting a court decision on the damages he would have to pay to Prime Minister Lee Hsien Loong for a 2014 blog post criticizing Lee’s management of the government’s central provident fund. Lee successfully sued Ngerng, arguing that the blog post suggested Lee had criminally misappropriated funds.

The Films Act authorizes the banning, seizure, censoring, or restricting of written, visual, and musical offerings on vague and overly broad grounds. All films and videos to be shown in Singapore must be approved by the Board of Film Censors.

On March 27, Amos Yee Pang Sang, a 16-year-old blogger, released an online video “Lee Kuan Yew is Dead” on YouTube, and then the next day published an image of two cartoon figures having sex, with photos of Lee and the late British Prime Minister Margaret Thatcher superimposed on their heads.

Singapore prosecutors promptly charged Yee with violating penal code article 298 (“uttering words with deliberate intent to wound the religious or racial feelings of any person”) for derogatory references to Christianity in the video, and penal code article 292(1)(a) for transmitting obscene materials. Bail conditions—which Yee violated—restricted his right to free expression by stipulating he could not post anything online while his trial was ongoing. In total, Yee spent 53 days in detention and was sentenced in July to four weeks in prison, equivalent to time served. In October, the High Court dismissed Yee’s appeal of his conviction.

During legislative debate in parliament, Singapore’s Protection from Harassment Act (POHA) was explained as a law designed to protect individuals and civil servants from “indecent, threatening, abusive, insulting words or behavior.” In May, a court ruled in favor of the Ministry of Defense, which claimed that it was being harassed by entrepreneur Ting Choon Meng and the directors of The Online Citizen, an online news portal which carried a story about Dr. Ting. The doctor had alleged that that the Ministry of Defense had stolen his patent for an emergency medical care vehicle. On December 9, however, the High Court overturned the lower court decision, ruling that only individuals, not corporations or the government, can seek redress under POHA.

Singapore retains the death penalty, which is mandated for many drug offenses and certain other crimes. However, judges continued to apply legal provisions that give them discretion to bypass the mandatory penalty and sentence low-level offenders to life in prison and caning where prosecutors attest that offenders have been cooperative.

Use of corporal punishment is common in Singapore. For medically fit males ages 16 to 50, caning is mandatory as an additional punishment for a range of crimes, including drug trafficking, violent crimes (such as armed robbery), and even immigration offenses. Sentencing officials may also order caning for some 30 additional violent and non-violent crimes.

Singapore maintains the archaic offense of “scandalizing the judiciary,” which can be imposed for any criticism of the judiciary or a specific judge. In January 2015, a court convicted Alex Au, a popular blogger and lesbian, gay, bisexual and transgender (LGBT) activist, for scandalizing the judiciary in connection with a post on his online blog. The post referenced the court’s scheduling of two constitutional challenges to section 377A of the penal code, which criminalizes sex between male persons. Au argued in court that his writings constituted fair criticism consistent with the right to freedom of speech and expression. In March, the court fined him S$8,000 (US$6,000). Au has appealed the verdict.

In 2014, top government leaders reiterated that Singapore society is not yet ready to accept LGBT rights. In October of that year, the Supreme Court rejected a claim that the ban on gay sex is unconstitutional. The court said the legislature, not the judiciary, needs to address this issue. A constitutional challenge that would have prohibited employment discrimination against LGBT individuals also failed.

The pro-LGBT Pink Dot festival was held for the seventh consecutive year, with an estimated 28,000 people attending at Hong Lim Park in June 2015. However, prior to the event, the MDA banned a Pink Dot promotional advertisement to be shown in movie theaters, ruling that it was “not in the public interest to allow cinema halls to carry advertising on LGBT issues.” In May, the MDA ordered TV and radio broadcasters to not air Jolin Tsai’s song and music video “We're All Different, Yet The Same” because of the song’s lyrics on homosexuality.

In February, the Law Society of Singapore filed four misconduct complaints against human rights lawyer M. Ravi, demanding he cease practicing until he underwent a medical examination. Ravi—who receives treatment for a psychosocial disability, specifically bipolar disorder and hypomania—frequently takes up causes unpopular with the government, including legal challenges to the death penalty, caning, and anti-LGBT laws. In November, a Law Society disciplinary tribunal ruled against Ravi and sent the matter to a Court of Appeal to decide possible punishments.

Foreign migrant workers are subject to labor abuse and exploitation through debts owed to recruitment agents, non-payment of wages, restrictions on movement, confiscation of passports, and sometimes physical and sexual abuse. Foreign domestic workers are still excluded from the Employment Act and many key labor protections, such as limits on daily work hours. Labor laws also discriminate against foreign workers by barring them from organizing and registering a union or serving as union leaders without explicit government permission.

Singapore is a regional hub for international business, maintains good political and economic relations with both the United States and China, and plays a central role in the Association of Southeast Asian Nations (ASEAN). Singapore has been an increasingly close security ally of the US.