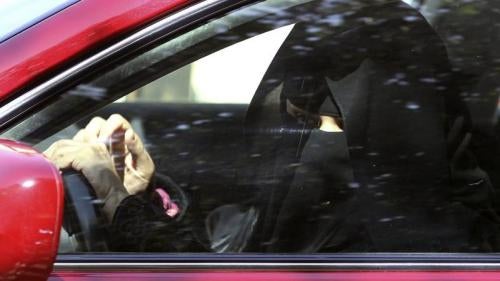 Saudi Arabia stepped up arrests, trials, and convictions of peaceful dissidents, and forcibly dispersed peaceful demonstrations by citizens in 2013. Authorities continued to violate the rights of 9 million Saudi women and girls and 9 million foreign workers. As in past years, authorities subjected thousands of people to unfair trials and arbitrary detention. In 2013, courts convicted seven human rights defenders and others for peaceful expression or assembly demanding political and human rights reforms.

On March 9, the Criminal Court of Riyadh sentenced rights activists Dr. Mohammed al-Qahtani and Dr. Abdullah al-Hamid to 10 and 11 years in prison respectively and lengthy travel bans, after convicting them on charges that included “breaking allegiance with the ruler,” and “setting up an unlicensed organization.” The charges related solely to the men’s peaceful human rights advocacy. The verdict also ordered the dissolution of their organization, the Saudi Civil and Political Rights Association (ACPRA). A court in Buraida convicted APCRA activist Abd al-Karim al-Khodr on similar charges in June and sentenced him to eight years in prison.

The Specialized Criminal Court in June sentenced human rights advocate Mikhlif al-Shammari to five years in prison and a 10-year travel ban based on his writings and exposure of human rights abuses. Human rights activists Waleed Abu al-Khair and Fadhel al-Manasef remained on trial at this writing on charges based solely on their peaceful exercise of the rights to free expression and association.

Saudi officials continue to refuse to register political or human rights groups, leaving members subject to prosecution for “setting up an unregistered organization.” In August, an appeals court upheld the Social Affairs Ministry’s denial of registration to the Eastern Province-based Adala Center for Human Rights. The ministry said it can only license charitable organizations, and that Adala’s activities are not covered under the ministry’s definition of a charity.

Saudi Arabia does not tolerate public worship by adherents of religions other than Islam and systematically discriminates against Muslim religious minorities, in particular Twelver Shia and Ismailis.

On February 8, officers from the Committee for the Promotion of Virtue and the Prevention of Vice, or religious police, raided a gathering of around 40 Ethiopian women in al-Khobar on the pretext that it was a Christian religious gathering. Authorities jailed them and deported them in groups, the last in July.

In July, a Jeddah court convicted liberal activist Raif Badawi and sentenced him to six years in prison and 600 lashes for “insulting Islam” by founding a liberal website, and for his comments during television interviews. In October, authorities released journalist Hamza Kashgari, who had been held since February 2012 without charge on blasphemy allegations related to his fictitious Twitter dialogue with the Prophet Muhammad.

Detainees, including children, commonly face systematic violations of due process and fair trial rights, including arbitrary arrest, and torture and ill-treatment in detention. Saudi judges routinely sentence defendants to hundreds of lashes.

Judges can order arrest and detention, including of children, at their discretion. Children can be tried for capital crimes and sentenced as adults if physical signs of puberty exist.

Authorities do not always inform suspects of the crime with which they are charged, nor of supporting evidence. Saudi Arabia has no penal code, so prosecutors and judges largely determine criminal offenses at their discretion. Authorities generally do not allow lawyers to assist suspects during interrogation and often impede them from examining witnesses and presenting evidence at trial. Previous court rulings do not bind judges, and there is little evidence that they seek consistency in sentencing for similar crimes.

Authorities continued to arrest and hold suspects for months and sometimes years without judicial review or prosecution. Security forces detained Jordanian activist Khaled al-Natour at King Khalid International Airport in Riyadh on January 6, 2013, as he attempted to enter Saudi Arabia on a business trip. Al-Natour had appeared in videos of protests in Amman that criticized Saudi Arabia’s armed intervention in Bahrain. Authorities held him incommunicado and without charge for three months until releasing him on April 7. The governmental Human Rights Commission told Human Rights Watch in July that over 2,500 terrorism suspects still languish in prisons without charge or trial for up to 10 years.

According to media reports, Saudi Arabia executed at least 64 persons between January and November 2013, mostly for murder, drug offenses, and armed robbery. The vast majority of executions were carried out via public beheading. On May 21, authorities in Jizan governorate executed five Yemenis for armed robbery and murder by “crucifixion”— a punishment of beheading followed by display of the decapitated body in public. At time of writing, prosecutors in the Specialized Criminal Court were pursuing a “crucifixion” sentence against prominent Shia cleric Nimr al-Nimr.

In April, authorities in the southern city of Abha executed seven Saudi men by firing squad for armed robberies in 2005; at least two were under 18 at the time of the alleged robberies. Saudi Arabia is one of just four countries worldwide that continues to execute child offenders.

The Rights of Women and Girls

Under the guardianship system, girls and women are forbidden from traveling, conducting official business, or undergoing certain medical procedures without permission from their male guardians. Likewise, under un-codified rules on personal status, women are not allowed to marry without the permission of their guardian; unlike men, they do not have unilateral right to divorce and often face discrimination in relation to custody of children.

On October 26, at least 50 Saudi women got behind the wheel throughout the kingdom in defiance of the ban on women driving. Police officials said that officers had pulled over at least 18 women driving in various areas of the country, though it is unclear whether any faced fines or other penalties. On October 27, police arrested Tariq al-Mubarak, a secondary school teacher and columnist for the London-based Arabic newspaper Asharq al-Awsat, who had expressed support for an end to the driving ban. Authorities released al-Mubarak on November 3.

The Ministry of Education announced in May that girls enrolled in private schools could take part in supervised sports if they wear “decent clothing,” but failed to announce a promised national strategy to promote sports for girls in government-funded schools.

In January, King Abdullah appointed 30 women to the Shura Council and amended the council statute to guarantee representation of women. The Ministry of Justice granted the first lawyer-trainee license to a woman, Arwa al-Hujaili, in April.

Punishment for domestic violence remained lax, but in August the Council of Ministers issued a new law criminalizing domestic abuse for the first time. The law does not detail enforcement mechanisms to ensure prompt investigations of abuse allegations or prosecution of those who commit abuses and does not explicitly criminalize marital rape.

Over 9 million migrant workers fill manual, clerical, and service jobs, constituting more than half the workforce. Many suffer abuses and exploitation, sometimes amounting to conditions of forced labour or servitude.

The kafala (sponsorship) system ties migrant workers’ residency permits to “sponsoring” employers, whose written consent is required for workers to change employers or exit the country. Some employers illegally confiscate passports, withhold wages, and force migrants to work against their will.

On November 4, following a seven month “grace period” for foreign workers to correct their status and documentation, authorities raided businesses and set up checkpoints across the country to apprehend workers without required documentation or not working for their legal sponsors. Interior Minister Mohammed bin Nayef announced in late November that authorities had expelled over 60,000 foreign workers in the crackdown’s first three weeks.

Some 1.5 million migrant domestic workers remain excluded from the 2005 Labor Law, though in July the Council of Ministers passed a new regulation on domestic work. The law would offer domestic workers certain basic protections for the first time, such as requiring a nine-hour daily break, prompt salary payment at the end of each month, sick leave, and a one-month paid vacation every two years. The law would prohibit sponsors from employing workers outside the sponsor’s home or assigning work harmful to a worker’s health.

Domestic workers, most of them women, frequently endure a range of abuses including overwork, forced confinement, non-payment of wages, food deprivation, and psychological, physical, and sexual abuse. Workers who attempted to report employer abuses sometimes faced prosecution based on counterclaims of theft or “sorcery.”

Authorities executed 24-year-old Sri Lankan domestic worker Rizanna Nafeek in January for the 2005 death of a 4-month-old child in her care, though Nafeek was only 17 at the time of her alleged crime and despite her claims that investigators obtained her confession under duress and she did not have access to a competent translator during interrogation.

The United States, a key ally, did not publicly criticize Saudi human rights violations beyond Congressionally mandated annual reports, though State Department spokespeople expressed “concerns” over the convictions of al-Hamid, al-Qahtani, and Badawi.

In August, the US Department of Defense approved the sale of 1,300 cluster bombs to Saudi Arabia for more than US$640 million. Neither country is party to the Convention on Cluster Munitions.

In March 2013, UN High Commissioner for Human Rights Navi Pillay “strongly condemned” the executions of the seven Saudi men from Abha, including two who were children at the time of the crimes for which they were convicted.