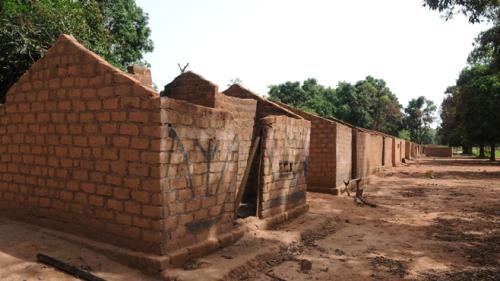 A rebel coalition known as the Seleka took control of Bangui, the capital of the Central African Republic (CAR), on March 24, 2013, forcing out the former president, François Bozizé. A transitional government was established, and Michel Djotodia was formally named interim president in April. New elections were scheduled for early 2015.

Rebels belonging to the Seleka, which means “alliance” in Sango, the national language, engaged in widespread human rights abuses, particularly killing civilians indiscriminately. These killings, both in Bangui and outside the capital, were often followed by widespread looting and pillaging, leaving sections of an already-poor population homeless and destitute.

Djotodia denied that Seleka fighters committed abuses, initially blaming the violence on Bozizé loyalists, “false Seleka,” or bandits. On September 13, he dissolved the Seleka as a group. However, members of the Seleka continue to kill with impunity and the central government does not appear to be in total control of the Seleka.

Armed groups originally created by Bozizé to fight banditry, the anti-balaka (“anti-machete”), clashed with the Seleka in late 2013. Violence and insecurity took on an alarming sectarian dimension, as the anti-balaka, who are predominantly Christian and include some soldiers who served under Bozizé in the Central African Armed Forces (FACA), attacked Muslim civilians around Bossangoa, the capital of Ouham province, in response to Seleka abuses, mostly against Christian civilians.

An African Union (AU)-led peacekeeping force, the International Support Mission in Central Africa (AFISM-CAR) has requested financial, logistical, and technical support from the international community, but as of October 31 had only 2,589 of the 3,500 personnel requested.

The Seleka was created in late 2012 out of three main rebel factions, primarily from CAR’s impoverished north. The group called for more political inclusiveness and an end to the marginalization of the predominantly Muslim northern region. The Seleka includes fighters from Chad and Sudan, and it has recruited child soldiers.

The group launched an offensive in December 2012 and swiftly moved toward the capital, capturing towns along the way. A peace agreement was reached with the government in January, but was soon ignored by both parties, as the rebels advanced on Bangui, forcing former President Bozizé to flee.  Along the way towards the capital, they destroyed numerous rural villages, looted homes, and raped women and girls.

After taking power, the Seleka killed scores of civilians who were trying to flee attacks. In some villages, every single structure was at least partially burned. The destruction was often accompanied by pillaging, leaving civilian populations utterly destitute.

Many villagers, forced to abandon their homes, are living in extremely difficult conditions in the bush. Lacking humanitarian support, numerous people have died of illness, injuries, or exposure to the elements. International humanitarian agencies have been able to provide limited support to only a few affected areas. Governmental and nongovernmental health services were systematically targeted, and destroyed or closed.

In Bangui, the Seleka looted entire neighborhoods as they took control of the city. Areas such as Damala, Boy-Rabe, Kasai, and Walingba saw wanton attacks and scores of civilians killed. Boy-Rabe, in particular, has been routinely ransacked by the Seleka. Government officials claimed that these were disarmament operations.

Fighting escalated in September around Bossangoa in the north. Hundreds of people have been killed and numerous communities have been burned to the ground. The anti-balaka groups have singled out Muslim communities for attack, as they are perceived to be allied with the Seleka.

Almost all of the abuses have been carried out with complete impunity. A small number of alleged Seleka perpetrators have been arrested and some prosecutions initiated against them, but the judicial system remains severely hampered and trials, at time of writing, had yet to commence. The functioning of the government, especially in the rural areas, has been seriously disrupted and limited by the coup, with many administrative buildings destroyed.

The situation for displaced people is bordering on catastrophic because of their limited access to humanitarian assistance. In September 2013, the United Nations reported that about 170,000 people fled intense fighting in the north around Bossangoa. Most were left to fend for themselves in the bush, but about 36,000 found refuge in the compound of a Catholic church and at a local school in Bossangoa. The number of internally displaced persons stands at about 400,000. Almost 65,000 CAR refugees were in the Democratic Republic of the Congo (DRC) and other neighboring countries.

On May 22, a presidential decree established a national commission of inquiry to investigate human rights violations committed since 2002 and to identify the persons most responsible for these crimes. The commission, comprising judges, human rights defenders, and police officers, is also tasked with identifying individual victims and assessing levels of damage for eventual compensation.

The commission was initially incapable of doing its work due to a lack of funding, but in September it received technical assistance and vehicles from the government to conduct investigations. Some civil society actors have questioned the ability of a national commission to achieve results and have called for the establishment of an international commission of inquiry.

CAR first accepted the jurisdiction of the International Criminal Court (ICC) in 2001, when it became a state party to the Rome Statute. On December 22, 2004, the government went one step further and referred the situation in the country to the ICC prosecutor, after a Bangui court of appeals ruled that domestic courts were unable to prosecute grave international crimes effectively. In 2007, the ICC opened an investigation into crimes committed during the 2002-2003 civil war. The investigation has so far led to only one case, that of Jean-Pierre Bemba Gombo, a Congolese national and former vice-president of the DRC. Bemba and his Movement for Liberation of Congo forces were invited to CAR in 2002 by then-President Ange-Félix Patassé to support resistance of a coup attempt by Bozizé. Bemba is currently on trial at the ICC for war crimes and crimes against humanity.

ICC Prosecutor Fatou Bensouda continues to monitor developments in the country and has indicated that she may exercise jurisdiction over more recent crimes. She issued public statements on April 22 and August 7, warning those responsible for recent abuses that their crimes may fall under the ICC’s jurisdiction and that her office would investigate and prosecute those most responsible for committing serious crimes “if necessary.”

In March, while trying to protect the Bozizé government, 13 soldiers of the South African Defence Force were killed outside of Bangui by Seleka forces. The soldiers were there under a bilateral arrangement between Bozizé and President Jacob Zuma of South Africa.

Also unable to stop the Seleka were the Multinational Forces for Central Africa (FOMAC), regional peacekeepersdeployed in CAR through an agreement signed in late 2007 with the Economic Community of Central African States (ECCAS) under the Mission for the Consolidation of Peace in Central African Republic (MICOPAX). In April, ECCAS decided to deploy an additional 2,000 troops to support MICOPAX.

In August, MICOPAX was transitioned into the AU-led AFISM-CAR. Most of the requested 3,500 troops will be made up of contingents that were already serving in MICOPAX. The mandate of AFISM-CAR includes civilian protection and the creation of conditions for the provision of humanitarian assistance. As of October 31, 2013, AFISM-CAR had roughly 2,589 of the 3,500 requested peacekeepers on the ground.

The international response to the Seleka takeover was initially regional. In December 2012, the Economic Community of Central African States (ECCAS) called on the Seleka to halt its advance on Bangui. In January, a power-sharing agreement brokered by ECCAS was signed between the Seleka and the Bozizé government, but was ignored by both sides. When the Seleka took Bangui in March, the ECCAS turned its focus to supporting and augmenting the FOMAC presence.

Ivan Simonovic, the assistant secretary-general for human rights at the United Nations, visited CAR from July 29 to August 2. In an August 14 report to the UN Security Council (Security Council), he stated that the current conflict “was marked by an unprecedented level of violence, looting and destruction” and that the Seleka were committing the most “serious violations of international human rights and international humanitarian law.”

In October, the Security Council unanimously adopted a resolution strongly condemning the widespread human rights and humanitarian law violations, notably by “Seleka elements,” strengthening the UN’s mandate to monitor and report on human rights abuses on the ground, and demanding safe and unhindered access for humanitarian aid.

John Ging, the UN’s operations director for the Office for the Coordination of Humanitarian Affairs, said in November after a visit to CAR  that he was “very concerned that the seeds of a genocide are being sown.”