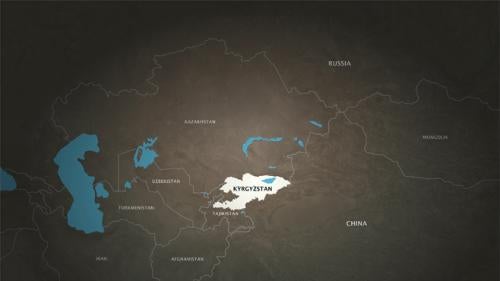 Lives in the Balance

The Human Cost of Environmental Neglect

The Trouble With Tradition

When "Values" Trample Over Rights

A Failed Approach to Corporate Accountability

Kyrgyzstan has failed to adequately address abuses in the south, in particular against ethnic Uzbeks, undermining long-term efforts to promote stability and reconciliation following inter-ethnic clashes in June 2010 that killed more than 400 people. Despite an uneasy calm in southern Kyrgyzstan, ethnic Uzbeks are still subjected to arbitrary detention, torture, and extortion, without redress.

Following a visit by the United Nations special rapporteur on torture in December 2011, authorities adopted new legislation and made reforms to the criminal code to address incompatibilities with international standards on the prevention of torture. However, ill-treatment and torture remain pervasive in places of detention, and perpetrators go unpunished.

Local human rights nongovernmental organizations reported that the overall number of reported incidents of arbitrary detention and ill-treatment in police custody continued to decrease in 2012 in the south, although they still document new cases. Groups also reported the growing problem of law enforcement extorting money, in particular from ethnic Uzbeks, threatening criminal prosecution related to the June 2010 events. Victims of extortion rarely report incidents for fear of reprisals.

Investigations into the June 2010 violence have stalled.Trials of mostly ethnic Uzbeks connected to the violence continued to take place in violation of international fair trial standards, including the trials of Mahamad Bizurukov and Shamshidin Niyazaliev, each of whomwas sentenced to life in prison in October 2012. According to Kylym Shamy, a Bishkek-based human rights group, some victims of the violence have not received financial compensation promised by the government.

Lawyers in southern Kyrgyzstan continued to be harassed in 2012 for defending ethnic Uzbek clients who were charged with involvement in the June 2010 violence, perpetuating a hostile and violent environment that undermined defendants’ fair trial rights. On January 20, a group of persons in Jalalabad verbally and physically attacked a lawyer defending the ethnic Uzbek owner of an Uzbek-language television station. No one has been held accountable for such violence against lawyers.

UN Special Rapporteur on Torture Juan Mendez concluded after his December 2011 mission to Kyrgyzstan that “the use of torture and ill-treatment to extract confessions remains widespread” and that “general conditions in most places of detention visited amount to inhuman and degrading treatment.” In October 2012, the European Court of Human Rights (ECtHR) cited the “widespread use of torture against members of the Uzbek minority in the southern part of Kyrgyzstan” in a ruling in the case of Ergashev v. Russia, concerning an ethnic Uzbek man threatened with extradition from Russia. In November, as many as 37 detainees alleged they were beaten by police in a pretrial detention facility in Jalalabad, and some said they were stripped naked and humiliated. In statements to the media, the Ministry of Internal Affairs said they found no evidence of a crime during a preliminary review.

In July, the government adopted a law on the National Center for the Prevention of Torture, fulfilling Kyrgyzstan’s obligation under the Optional Protocol to the United Nations Convention against Torture (CAT) to establish a national torture prevention mechanism. Concurrently, criminal code amendments went into effect, bringing the definition of torture in line with international standards.

In June, government agencies, international organizations, and domestic NGOs concluded a Memorandum of Understanding (MoU) on Human Rights and Fundamental Freedoms, which allows the signatories to make unannounced visits to places of detention. However in practice some NGOs still encountered restrictions despite the MoU.

In hearings related to the June 2010 violence, judges continue to dismiss, ignore, or fail to order investigations into torture allegations. In a rare exception, four police officers were charged with torture after the August 2011 death of Usmonzhon Kholmirzaev, an ethnic Uzbek, who succumbed to internal injuries after he was beaten by police in custody. Repeated delays in proceedings have meant that over a year later, the trial has yet to conclude. In June, after Abdugafur Abdurakhmanov, an ethnic Uzbek serving a life sentence in relation to the June 2010 violence, died in prison, authorities did not open an investigation, alleging he committed suicide.

Farrukh Gapirov, an ethnic Uzbek, was awarded damages in March for unlawful imprisonment and torture in custody. He was arrested in 2010 on charges related to the inter-ethnic violence and later acquitted.

In February, state-controlled KyrgyzTelecom began to block access to Ferghana.ru, an independent Central Asia news website, enforcing a June 2011 parliament resolution adopted after Ferghana.ru’s critical reporting on the June 2010 violence. NGOs and Kyrgyzstan’s international partners strongly criticized the blocking of the site. The Organization for Security and Co-operation in Europe (OSCE) Representative on Freedom of the Media Dunja Mijatović called for it to be “lifted immediately.” KyrgyzTelecom continues to block access to Ferghana.ru, although the site can be accessed through other providers.

Mijatović also expressed concern about the case of Vladimir Farafonov, a journalist who, on July 3, was fined US$1,000 for inciting inter-ethnic hatred in articles posted online, stating the verdict “might negatively influence the journalistic community in Kyrgyzstan.” Farfonov had written articles about growing Kyrgyz nationalism and ethnic Russians in Kyrgyzstan.

In 2012, some journalists were physically or verbally attacked while doing their work. Several times in October, Ata-Jurt political party supporters attacked journalists during protests. Journalists reported that policedid not intervene. “Insult” and “insult of a public official” remain criminal offenses.

In September, the authorities banned a documentary about gay Muslims which was to be screened during the One World human rights film festival in Bishkek, finding it “extremist.”Officials and others pressured human rights defender Tolekan Ismailova not to show the film.

Authorities have not effectively addressed long-standing problems of gender-based violence, including widespread domestic violence and bride kidnapping, which continue, largely with impunity. On September 20, a court sentenced Shaimbek Aimanakunov, 35, to 6 years in prison on a conviction for incitement to suicide, rape, and forced marriage. Two days after Aimanakunov had kidnapped, raped, and forcibly married a nineteen-year-old university student, she hung herself.

Gay and bisexual men are at serious risk of entrapment, extortion, beating and sexual violence. Such abuses largely go unpunished. In May, the prosecutor general’soffice refused to investigate approximately 10 cases of entrapment and extortion on the grounds that the victims declined to be identified. Lesbian and bisexual women continue to be subjected to forced marriages and “curative rapes,” according to Labrys, a local NGO focusing on LGBT rights.

Azimjon Askarov, a human rights defender who has worked on documenting police treatment of detainees, is serving a life sentence, despite a prosecution marred by serious violations of fair trial standards. Askarov was found guilty of “organizing mass disorders,” “inciting ethnic hatred,” and taking part in killing a police officer on June 13, 2010. On December 20, 2011, Kyrgyzstan’s Supreme Court upheld the verdict. Prosecutorial authorities refused to open a criminal investigation into Askarov’s credible allegations of torture in custody. In May, the prosecutor general’s office denied a request filed by Citizens Against Corruption, a local human rights NGO, to reopen the case on grounds of new evidence. In November, Askarov and his lawyers submitted a complaint on his case to the Human Rights Committee.

In January, parliamentarians introduced a draft law on foreign assistance that, if adopted, would “make foreign financing of NCOs [non-commercial organizations] more difficult and may lead to restriction of activities of NCOs in Kyrgyzstan,” according to the International Center for Not-for-Profit Law (ICNL). At this writing, work on this law remained suspended.

In March, human rights activist Ravshan Gapirov won compensation from the state for being unlawfully held in pretrial detention in 2008, after it was determined that articles he had written did not incite hatred.

In June, UN High Commissioner for Human Rights Navi Pillay presented her second report to the Human Rights Council (HRC) on Kyrgyzstan following the 2010 violence, in which she noted that “serious institutional deficiencies have hampered the delivery of justice and undermined the rule of law” and “lack of progress in addressing these matters impacts on reconciliation and peacebuilding efforts.” The report includes recommendations to address discrimination, ill-treatment and torture, and minority rights, among others.

During her July visit to Kyrgyzstan, Pillay called attention to human rights issues including torture, discrimination on ethnic, religious and gender grounds, and violations of fair trial standards. She “urged the president…[to make] clear public statements stressing there will be zero tolerance for torture.”

In February, the European Union held an EU-Kyrgyzstan Civil Society Seminar on Human Rights, and in September held its fourth annual human rights dialogue with Kyrgyzstan. The EU’s voice on rights violations in Kyrgyzstan was overall muted.

During a September mission, the UN Subcommittee on the Prevention of Torture (SPT), under the CAT’s Optional Protocol (OPCAT), visited temporary detention facilities, prisons, and psychiatric institutions. The SPT presented confidential conclusions and recommendations to help the government “establish effective safeguards against the risk of torture and ill-treatment in places of deprivation of liberty.”