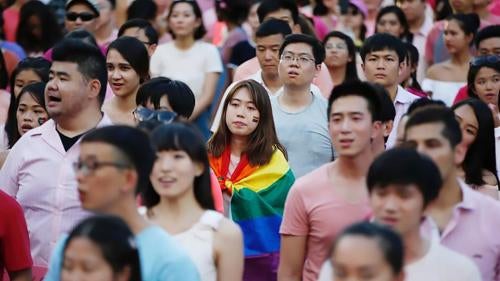 Singapore’s draconian restrictions on public assemblies tightened during 2017, with new limitations on the ability of foreigners in the country to organize, participate in, or even financially support, public gatherings. Event organizers and sometimes participants are subjected to investigations, home searches, and seizure of electronic devices. Critics of the judiciary continue to be targeted for “scandalizing the judiciary.” The government lashed out at online media during the year, and threatened to pass new laws to deal with “misinformation” and “fake news.”

Freedoms of Peaceful Assembly and Expression

The government maintains strict restrictions on the right to freedom of peaceful assembly through the Public Order Act, which requires a police permit for any “cause-related” assembly if it is held in a public place, or if members of the general public are invited. Permits are routinely denied for events addressing political topics. The law was amended in 2017 to tighten the restrictions, and now provides the police commissioner with specific authorization to reject any permit application for an assembly or procession "directed towards a political end" if any foreigner is involved.

The definition of what is treated as an assembly is extremely broad, and includes one person acting alone. In August, a man who held repeated solo protests in Singapore’s central financial district calling for the resignation of the prime minister was sentenced to three weeks in prison and a fine of S$20,000 (US$14,850).

In early September, the police summoned for questioning the participants in a July 2017 vigil outside Changi prison to support the family of a man scheduled to hang, and banned them from leaving the country. In November, the police filed criminal charges against one of the participants in this event, Jolovan Wham, and indicated that the others involved remained under investigation. Wham was also charged with two other counts of violating the Public Order Act—one relating to an indoor forum at which Joshua Wong spoke from Hong Kong via Skype, and the other a silent protest to commemorate the 1987 arrests of activists under the Internal Security Act (ISA).

An area of Hong Lim Park known as “Speakers’ Corner” is the only place in Singapore where an assembly can be held without a police permit, but only citizens are allowed to speak there, and only citizens or permanent residents may participate in assemblies there.

Under tightened restrictions put in place in October 2016, the government now considers the mere presence of a foreigner during an assembly to be unlawful participation that can result in criminal penalties for both the foreigner and the event organizer. To comply with the new rules, organizers of the annual Pink Dot festival in support of lesbian, gay, bisexual, and transgender (LGBT) rights had to put barricades around the park and check identity cards, quadrupling the cost of holding the event.

Although the government passed new legislation codifying the law of contempt in August 2016, it did not go into effect until October 2017, and the government continued to use common law contempt proceedings against those who criticize the judiciary.

Persons facing contempt proceedings in 2017 included a lawyer who posted a critical poem on his Facebook page after the execution of a client, an activist who asserted that her conviction for unlawful assembly and public nuisance was “political,” and a relative of Prime Minister Lee Hsien Loong who referred in a private Facebook post to the judiciary as “pliant.”

The Board of Film Censors must pre-approve all films and videos shown in Singapore. Theater productions must submit their scripts for government approval to obtain a mandatory license under the Public Entertainments and Meetings Act.

In September 2017, 18-year-old activist and blogger Amos Yee was granted political asylum in the United States on the grounds that Singapore had persecuted him for exercising his right to peaceful expression.

In January 2017, the Ministry of Home Affairs (MHA) announced that, starting in April 2017, all suspects below the age of 16 must be accompanied by an independent volunteer during police interviews. The government made the change in response to the case of Benjamin Lim, a 14 year old who committed suicide in January 2016 after being released from the Ang Mo Kio police division headquarters after three hours of police questioning alone under suspicion of committing a crime.

Singapore uses the ISA and Criminal Law (Temporary Provisions) Act (CLTPA) to arrest and administratively detain persons for virtually unlimited periods without charge or judicial review. There is little publicly available information about the number of persons detained, their identities, or the basis for their detentions.

Singapore retains the death penalty, which is mandated for many drug offenses and certain other crimes. However, under provisions introduced in 2012, judges have some discretion to bypass the mandatory penalty and sentence low-level offenders to life in prison and caning. There is little transparency on the timing of executions, which often take place with short notice. Singapore executed Malaysian national S. Prabagaran in July for drug offenses despite a pending application to refer the case to the International Court of Justice.

Use of corporal punishment is common in Singapore. For medically fit males ages 16 to 50, caning is mandatory as an additional punishment for a range of crimes, including drug trafficking, violent crimes (such as armed robbery), and even some immigration offenses. Sentencing officials may also order caning for some 30 additional violent and non-violent crimes.

The rights of Singapore’s LGBT community are severely restricted. Sexual relations between two male persons remains a criminal offense, and there are no legal protections against discrimination on the basis of sexual orientation or gender identity.

The Media Development Authority effectively prohibits all positive depictions of LGBT lives on television or radio. In June 2017, the Advertising Standards Agency asked a shopping center to remove the phrase “Supporting the Freedom to Love” from a promotional ad for this year’s annual Pink Dot festival on the grounds it “may affect public sensitivities.”

The 8th annual Pink Dot festival took place at Hong Lim Park in June 2017. Under new rules passed in October 2016, any entity not incorporated in Singapore that does not have a majority of Singapore citizens on its board must apply for a permit to sponsor an event in Hong Lim Park. The 10 multinational corporations that applied for a permit to sponsor this year’s Pink Dot festival were denied. However, over 100 Singaporean companies stepped forward to fill the funding gap, and Pink Dot exceeded its annual fundraising target.

T Project, which supports the transgender community in Singapore, has been denied the ability to register as a not-for-profit entity on grounds that doing so would be “against national security or interest.” The group’s appeal against the Registrar of Companies’ rejection of their application was rejected in November 2017.

Foreign migrant workers are subject to labor abuse and exploitation through debts owed to recruitment agents, non-payment of wages, restrictions on movement, confiscation of passports, and sometimes physical and sexual abuse. Foreign women employed as domestic workers are particularly vulnerable to abuse.

The work permits of migrant workers in Singapore are tied to a particular employer, leaving workers vulnerable to exploitation. Foreign domestic workers are still excluded from the Employment Act and many key labor protections, such as limits on daily work hours. Labor laws also discriminate against foreign workers by barring them from organizing and registering a union or serving as union leaders without explicit government permission.

Singapore is a regional hub for international business, and maintains good political and economic relations with both the United States, which considers it a key security ally, and China. Prime Minister Lee Hsien Loong visited the White House in October. Neither the US nor any other government publicly criticized Singapore’s poor human rights record.