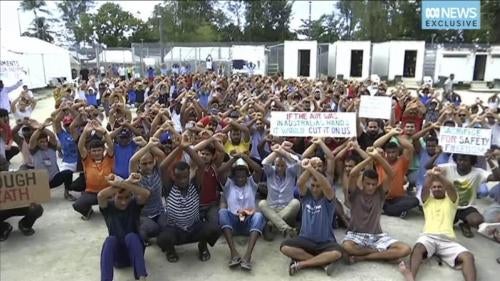 Almost 40 percent of the population in Papua New Guinea (PNG) lives in poverty. The government has not taken sufficient steps to address gender inequality, violence, excessive use of force by police, or corruption and relies heavily on religious groups and nongovernment organizations (NGOs) to provide services on a charitable basis to meet the economic and social rights of the population. Rates of family and sexual violence are among the highest in the world, and perpetrators are rarely prosecuted.

In August, Peter O’Neill was reappointed as prime minister following an election marred by widespread electoral irregularities and violence. Soldiers and extra police were sent to the Highlands in response to fighting triggered by the election, where dozens of people, including police, had been killed in election-related violence. 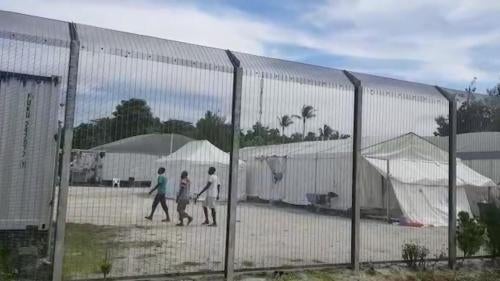 More than three years after the 2013 Family Protection Act was adopted, parliament in May finally passed regulations to implement the law, which criminalizes domestic violence and allows victims to obtain protection orders.

Police and prosecutors rarely pursue investigations or criminal charges against people who commit family violence—even in cases of attempted murder, serious injury, or repeated rape—and instead prefer to resolve such cases through mediation and/or payment of compensation.

Police often demand money (“for fuel”) from victims before acting, or simply ignore cases that occur in rural areas. There is also a severe lack of services for people requiring assistance after having suffered family violence, such as safe houses, qualified counselors, case management, financial support, or legal aid.

Violent mobs attacked individuals accused of sorcery or witchcraft, particularly women and girls. In March, a trial involving 122 defendants began in Madang. The defendants were charged in connection with the killing of five men and two children suspected of sorcery in 2014. The prosecution alleged that the men raided a village in search of sorcerers to kill, armed with “bush knives, bows and arrows, hunting spears, [and] home-made and factory-made shotguns.” No further details were available at time of writing regarding the trial’s progress.

PNG has one of the highest rates of maternal death in the world. Just over 50 percent of women and girls give birth in a health facility or with the help of a skilled birth attendant. Although the PNG government supports universal access to contraception, two out of three women still cannot access contraception due to geographic, cultural, and economic barriers. Abortion remains illegal in PNG, except when the mother's life is at risk.

Police abuse remained rampant in PNG. In May, police detained and assaulted a doctor at a police roadblock on his way home in Port Moresby. The case triggered a public outcry, but no one had been charged for the offence at time of writing.

Few police are ever held to account for beating or torturing criminal suspects, but in December 2016, a mobile squad commander was charged with the murder of a street vendor, six months after the alleged offence occurred. A court granted him bail in January 2017. In September, police charged a former police officer with the 2013 murder of two people in Central Province.

Despite the ombudsman and police announcing investigations into the 2016 police shooting of eight university students during a protest in Port Moresby, at time of writing no police had been charged or disciplined and neither body had issued a report.

In May, prison officers shot and killed 17 men who escaped from Buimo prison in Lae. Corrective Services ordered an inquiry, but no investigation had commenced by November 2017 due to lack of funding.

Corruption in PNG is widespread. Individuals in positions of power and government agencies lack accountability and transparency. In August, the National Court authorized the arrest of Prime Minister O’Neill in relation to a 2014 warrant obtained by anti-corruption police for corruption charges. But in August, the Supreme Court granted a stay against police executing the warrant pending appeal.

About 770 male asylum seekers and refugees from countries including Afghanistan, Bangladesh, Burma, and Iran, live on Manus Island. Another 35 or so have signed settlement papers to remain in PNG, although only four of these are working and financially independent. About 70 are temporarily living in Port Moresby. All were forcibly transferred to PNG by Australia since 2013. Australia pays for their upkeep but refuses to resettle them, insisting refugees must settle in PNG or third countries, such as the United States.

In April, soldiers fired shots at the main regional processing center, injuring nine people including refugees and center staff. In June, locals carrying knives attacked and robbed a Bangladeshi man, seriously injuring his arm with a machete. He was transferred to Port Moresby for medical treatment. In July, locals attacked and robbed three refugees on Manus Island in three separate incidents; two of the men were seriously injured in knife attacks and one had to be transferred to Port Moresby for medical treatment.

In August, an Iranian with a mental health condition was found dead near the transit center on Manus. Police ruled his death a suicide, though an inquest was pending at time of writing. In October, a Sri Lankan refugee with a mental health condition was found dead at the hospital in Lorengau from a reported suicide, the sixth asylum seeker or refugee to die on Manus Island since 2013. In 2016, the UN Refugee Agency, UNHCR, surveyed 181 refugees and asylum seekers on Manus and found that 88 percent had anxiety, depression, and post-traumatic stress disorder.

In October, the Australian government ordered the main center closed, following a 2016 PNG Supreme Court ruling that detaining people there is unconstitutional. Hundreds of refugees refused to leave and remained in the squalid unguarded center without power, food, or water.

Police often beat children in lock-ups and house them with adults, despite a juvenile justice law that states children should be kept separate from adults during all stages of the criminal justice process. A juvenile reception center in Port Moresby closed in 2016 due to a land dispute, so police refer children to Bomana adult prison which has separate accommodation for children.

While there have been efforts at reform and a new child reception facility established in Boroko, police abuse of children continues, and police target young people for “snake bails,” where children are not charged but must pay a bribe for their release.

Despite the existence of a national disability policy, people with disabilities are often unable to participate in community life, go to school, or work because of lack of accessibility, stigma, and other barriers.  Access to mental health support and services is limited, and traditional healers are the only option for many people with psychosocial disabilities.

The PNG criminal code outlaws sex “against the order of nature,” which has been interpreted to apply to consensual same-sex acts, and is punishable by up to 14 years’ imprisonment. Gay asylum seekers on Manus Island have reported being harassed and sexually assaulted by other asylum seekers.

Australia remains PNG’s most important international partner, providing over 70 percent of the country’s total overseas development aid. The Australian government’s aid to PNG for 2017-18 amounts to A$546.3 million (approximately US$438.7 million). In November 2018, PNG will host the annual Asia-Pacific Economic Cooperation forum.