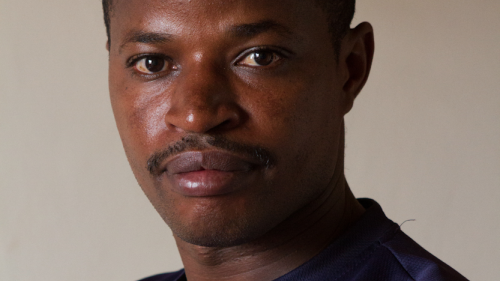 Rwanda adopted a number of new laws, including media laws and a revised law on genocide ideology. The country continued to make impressive progress in the delivery of public services, such as health care, but freedom of expression and association remain tightly controlled. The government obstructed opposition parties and independent civil society organizations, and threatened its critics. Parliamentary elections resulted in an overwhelming majority for the ruling party, with no meaningful challenge. The leadership of one of the last remaining independent human rights organizations was taken over by pro-government elements.

Despite mounting international concern, Rwanda provided significant military support to the M23, an armed group responsible for serious abuses against civilians in eastern Democratic Republic of Congo. In November, the M23 was defeated by the Congolese army and UN peacekeepers, after Rwanda appeared to withdraw its support for the M23 during military operations.

The ruling Rwandan Patriotic Front (RPF) won parliamentary elections in September with more than 76 percent of the vote. The only other parties that presented candidates were those broadly supporting the RPF.

The opposition Democratic Green Party of Rwanda, which had been trying to register as a party for almost four years, was finally granted registration by the government in August, on the day before the deadline for parties to submit their lists of election candidates. As a result, it decided not to take part in the polls.

Two opposition party leaders arrested in 2010—Victoire Ingabire of the FDU-Inkingi and Bernard Ntaganda of the PS-Imberakuri—remained in prison, serving sentences of respectively eight and four years, Ntaganda for endangering national security anddivisionism, and Ingabire for conspiracy to undermine the government and genocide denial. Appeal hearings for Ingabire, who was sentenced in 2012, concluded at the Supreme Court on July 31. The judgment is expected in December.

Sylvain Sibomana, secretary general of the FDU-Inkingi, and Dominique Shyirambere, another party member, were arrested on March 25, after a confrontation with police outside the courtroom where Ingabire’s trial was taking place. They were charged with contempt of public officials, illegal demonstration, and inciting insurrection or public disorder. Police and judicial officials questioned them about the possession of T-shirts bearing the slogan “democracy and justice” and badges calling for Ingabire’s release. On November 22, Sibomana was found guilty of the first two charges and sentenced to two years in prison; Shyirambere was sentenced to five months.

Sibomana also faced charges in a second case linked to the prosecution of eight other FDU-Inkingi members in Karongi, arrested in September 2012 on charges of inciting insurrection or public disorder after allegedly holding illegal meetings. On July 11, seven of the original defendants were each sentenced to two years in prison. Sibomana’s case has since been joined to that of the eighth, Anselme Mutuyimana. At time of writing, the verdict in Sibomana and Mutuyimana’s trial had not yet been handed down.

In August, the last effective independent Rwandan human rights organization, the Rwandan League for the Promotion and Defense of Human Rights (LIPRODHOR), was taken over by members believed to be sympathetic to the government. On July 21, these members ousted the organization’s leaders and voted in a new board, violating the organization’s internal statutes and Rwandan legislation governing NGOs.

Three days later, the Rwanda Governance Board—the state body with oversight of national NGOs—recognized the new board. LIPRODHOR, through its ousted president, has taken the case to court. The case was pending at time of writing. During the forced handover between the old and new boards, police threatened LIPRODHOR staff with imprisonment if they did not cooperate with the new board.

New media laws adopted in February appeared to increase the scope for independent journalism, for example by enshrining journalists’ rights to freedom of opinion and expression and by introducing media self-regulation. Some radio stations broadcast call-in programs in which listeners posed critical questions to political leaders. However, most print and broadcast media continued to be heavily dominated by pro-government views. Most journalists were unable or unwilling to engage in investigative reporting on sensitive issues and rarely criticized government policies, as a result of intimidation, threats, and prosecutions in previous years.

Saidati Mukakibibi, journalist with Umurabyo newspaper, arrested in 2010, was released on June 25 after serving a three-year sentence, reduced from seven years on appeal in 2012. The newspaper’s editor, Agnès Uwimana, whose sentence had been reduced from seventeen to four years, remained in prison.

On March 25, the High Court in Kigali upheld the conviction of Stanley Gatera, editor ofUmusingi newspaper, who was found guilty of discrimination and sectarianism in 2012. He was released on July 26 after serving a one-year prison sentence.

The trial of Léon Mugesera, a former government official extradited from Canada to Rwanda in 2012 and accused of planning and incitement to genocide, took place in the High Court in Kigali. It was ongoing at time of writing.

In July, the International Criminal Tribunal for Rwanda (ICTR) transferred genocide suspect Bernard Munyagishari to face trial in Rwanda. After preliminary hearings, the trial of Jean Bosco Uwinkindi, the first such case to be transferred by the ICTR to Rwanda in 2012, was postponed and had not begun in substance at time of writing.

Criminal trials of Rwandan genocide suspects on the basis of universal jurisdiction took place in the national courts of Norway, Sweden, and the Netherlands, leading to convictions and prison sentences.

A United States court convicted a Rwandan of immigration fraud for concealing her role in the genocide, stripped her of US citizenship and sentenced her to 10 years’ imprisonment. A genocide suspect in Norway was extradited to Rwanda while two others in Sweden and Denmark lost their appeals against extradition. Extradition cases were pending in several other countries, including the UK, Netherlands, and France.

A revised version of the 2008 law on genocide ideology was promulgated in October. It contains several improvements to the 2008 law, including a more precise definition of the offense and the requirement to demonstrate intent behind the crime, thereby reducing the scope for abusive prosecutions. However, several articles retain language that could be used to criminalize free speech. The new law reduces the maximum prison sentence from 25 to 9 years.

In a trial of 20 people that began in 2012 and concluded in September 2013, a court in Gasabo, Kigali, failed to investigate claims by defendants that they had been held in illegal detention centers and tortured. Several defendants, accused of stealing televisions and other goods, said they had been held unlawfully, in two unofficial detention centers known as Chez Kabuga and Chez Gacinya. They stated in court that the police had tortured them to force them to confess or incriminate others. The judge dismissed their allegations of torture, saying the detainees had no evidence. The court acquitted 7 defendants and sentenced the remaining 13 to prison terms of between 3 and 10 years.

Dozens of defendants charged with endangering state security in several group trials in Musanze claimed they had been detained unlawfully in military camps or other unrecognized detention centers. Some said they had been tortured. Many defendants spent lengthy periods in pretrial detention—in some cases, more than two years—before they were tried in 2013. Some were tried and convicted without a defense lawyer.

Some Rwandan refugees and asylum-seekers faced security threats in their country of asylum, particularly in Uganda. Joel Mutabazi, a former presidential bodyguard in Rwanda with refugee status in Uganda, was abducted on August 20 by armed men from a safe-house in a suburb of the capital Kampala where he had been staying since escaping an attempt on his life in Uganda in July 2012. He was released the same day, thanks to an intervention by the Ugandan police. On October 25, he went missing from another location where he was living under 24-hour Ugandan police protection. His whereabouts were unknown for six days. On October 31, the Rwandan police confirmed he was detained in Rwanda but refused to disclose where he was held. On November 13, he appeared before a military court in Kigali with 14 co-accused, charged with terrorism and other offenses. The Ugandan government claimed that a Ugandan police officer had erroneously handed Mutabazi to the Rwandan police, without following correct legal procedures.

Another Rwandan, Pascal Manirakiza, who had fled to Uganda after escaping from the M23 in eastern Congo, was reported missing in August. He was found alive but unconscious, with serious injuries, near Kampala.

Rwanda’s Involvement in the DRC

Rwanda provided military support to the M23, a Congolese armed group responsible for killings of civilians, rape, and recruitment of child soldiers in eastern Congo. This support included supplies of weapons and ammunition; the recruitment in Rwanda of young men and boys, some under 16, to fight with the M23 in Congo; training of M23 recruits by Rwandan military officers; and the deployment of Rwandan troops in Congo to assist the M23. As in 2012, the Rwandan government denied providing any support to the M23. In November, the M23 was defeated by the Congolese army and UN peacekeepers after Rwanda appeared to stop supporting the group during military operations.

Around 700 M23 fighters fled to Rwanda in March after infighting in the M23, and additional fighters fled in November when the M23 was defeated. They included several individuals implicated in serious abuses in eastern Congo, including four named on UN and US sanctions lists. Rwanda has yet to take steps to investigate alleged abuses by M23 fighters who fled to Rwanda.

M23 leader Bosco Ntaganda, who had long been backed by Rwanda until the M23 split into two factions in early 2013, surrendered to the US embassy in Kigali in March and was transferred to the International Criminal Court (see chapter on Democratic Republic of Congo).

Several governments and other international actors expressed renewed concern for Rwandan military support to the M23. Some donors who had suspended or delayed parts of their assistance to Rwanda in 2012 in response to its support for the M23 resumed aid but channeled it to different sectors.

The United Kingdom decided not to resume general budget support and redirected its assistance to education and poverty alleviation programs instead. In October, the US government suspended military assistance to Rwanda under the Child Soldiers Protection Act, because of Rwanda’s support to the M23, which uses child soldiers.