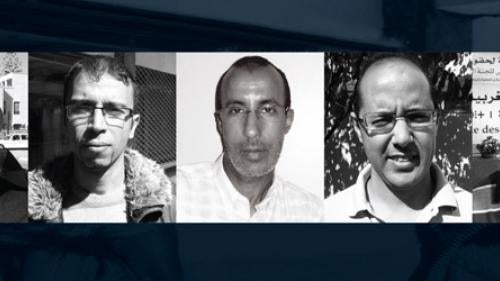 Morocco’s 2011 constitution incorporated strong human rights provisions, but these reforms did not lead to improved practices, the passage of implementing legislation, or the revision of repressive laws. In 2013, Moroccans exercised their right to peaceful protest in the streets, but police continued to violently disperse them on occasion. Laws that criminalize acts deemed harmful to the king, the monarchy, Islam, or Morocco’s claim over the disputed Western Sahara limited the rights to peaceful expression, assembly, and association. In February, a military court sentenced 25 civilian Sahrawis to prison terms, including nine to life imprisonment. The trial was just one of many unfair trials in recent years that have resulted in politically motivated convictions.

Independent print and online media continue to investigate and criticize government officials and policies, but face prosecution and harassment when they cross certain lines. The press law prescribes prison terms for “maliciously” spreading “false information” likely to disturb the public order, or for speech that is ruled defamatory.

Moroccan state television provides some room for debate and investigative reporting but little for direct criticism of the government or dissent on key issues. Authorities allowed Al Jazeera to resume operations in Morocco, having ordered it to shut its bureau in 2010 on account of its coverage of the dispute over the status of Western Sahara. On September 17, authorities arrested Ali Anouzla, director of the independent news site Lakome.com, because of an article describing, and providing an indirect link to, a militant Islamist recruitment video attacking King Mohammed VI. Released on October 25, he faced trial at time of writing on charges under the 2003 counterterrorism law, including “intentionally aiding those who perpetrate acts of terrorism.”

Abdessamad Haydour, a student, continued to serve a three -year prison term for insulting the king by calling him a “dog,” “a murderer,” and “a dictator” in a YouTube video. A court sentenced him in February 2012 under a penal code provision criminalizing “insults to the king.”

Moroccans have continued to hold marches and rallies to demand political reform and protest government actions since popular protests swept the region in February 2011. The police mostly allow these protests, but on some occasions in 2013 they attacked and severely beat protesters. For example, on August 2, police violently dispersed a small protest in front of the Parliament in Rabat against a royal pardon that had been granted to a convicted pedophile. However, authorities tolerated subsequent street protests against the pardon, which authorities said had been granted in error.

In Western Sahara, security forces routinely repressed any public gathering deemed hostile to Morocco’s contested rule over that territory. This included gatherings in the territory’s main town, El-Ayoun, on March 23, April 29, and October 19. Authorities allowed an unprecedentedly large demonstration in favor of self-determination on May 4.

The 2011 constitution introduced protection for the first time for the right to create an association yet, in practice, officials continue to arbitrarily prevent or impede many associations from obtaining legal registration, undermining their freedom to operate. Groups affected include some that defend the rights of Sahrawis, Amazighs (Berbers), sub-Saharan migrants, and the unemployed. Others include charitable, cultural, and educational associations whose leaders includes members of al-Adl wal-Ihsan (Justice and Spirituality), a well-entrenched, nationwide movement that advocates for an Islamic state and questions the king's spiritual authority. The government, which does not recognize Justice and Spirituality as a legal association, tolerated many of its activities, but prevented others. In Western Sahara, authorities withheld legal recognition for all local human rights organizations whose leaders support independence for that territory, even associations that won administrative court rulings that they had wrongfully been denied recognition.

Hundreds of suspected Islamist extremists arrested in the aftermath of the Casablanca bombings of May 2003 remain in prison. Many were convicted in unfair trials after being held in secret detention and subjected to ill-treatment and, in some cases, torture. Police have arrested hundreds more suspected militants since further terrorist attacks in 2007 and 2011. Courts have convicted and imprisoned many of them on charges of belonging to a “terrorist network” or preparing to join Islamist militants fighting in Iraq or elsewhere.

Moroccan courts continue to impose the death penalty, but the authorities maintained a de facto moratorium under which they have carried out no executions since the early 1990s.

In his final report on his 2012 visit to Morocco, United Nations Special Rapporteur on Torture Juan Mendez concluded in February 2013, “In cases involving State security, such as terrorism, membership in Islamist movements, or supporters of independence for Western Sahara, there is a pattern of torture and ill-treatment by police officers during the arrest process and while in detention…. Many individuals have been coerced to confess and sentenced to prison on the basis of such a confession.” The rapporteur’s recommendations included amending the law to ensure that “access to lawyers of a suspect’s own choosing is granted from the moment of apprehension” and shortening the length of pre-charge detention in police custody from the current maximum of 12 days allowed in terrorism related cases. Moroccan authorities responded in detail, noting steps they were taking, such as an engagement by “the Ministry of Justice and Liberties … to ensure the video recording of all statements made to the police during investigations and interrogations.”

Courts failed to uphold the right of defendants to receive fair trials in political and security-related cases. In some cases, they failed to order medical examinations that might substantiate defendants’ allegations of torture, refused to summon exculpatory witnesses, and convicted defendants based on apparently coerced confessions.

In February 2013, the Rabat Military Court sentenced 25 Sahrawi men to prison terms, imposing nine life sentences, after convicting them on charges arising from violence that occurred on November 8, 2010, when security forces dismantled the Gdeim Izik protest encampment in Western Sahara. Eleven members of the security forces died in the violence. The court failed to probe the allegations made by defendants, most of whom had spent 26 months in pretrial detention, that police officers had tortured or coerced them into signing false statements. Yet, the court relied on these contested statements as the main, if not sole, evidence to convict them.

Prison conditions were reportedly harsh, due in large part to severe overcrowding, a problem aggravated by investigating judges’ frequent resort to the pretrial detention of suspects. The Justice Ministry stated that as of October 2012, 31,000 of the country’s 70,000 prison inmates were pretrial.

On September 12, 2013, Justice Minister Moustapha Ramid—a well-known human rights lawyer who was appointed following the 2011 election victory of the Islamist-oriented Hizb al-Adalah wal-Tanmiya (Justice and Development) party—unveiled proposals on judicial reform that, if implemented, could enhance judicial independence. These proposals include diminishing executive control over prosecutors.

Migrants from sub-Saharan Africa continued to experience police abuse in 2013. On several occasions, police rounded up migrants, transported them to the Moroccan-Algerian border and dumped them there without formally verifying their status or informing them of their rights.

In September, the National Council of Human Rights (CNDH), a state-funded body that reports to the king, issued a report on the plight of migrant workers and recommended that the government take measures to protect their rights. These included the establishment of a “national legal and institutional framework of asylum.” Currently, Morocco delegates asylum status determination to the UN High Commissioner for Refugees (UNHCR), and generally refrains from expelling migrants who have documents proving that they have applied for or received recognition from the UNHCR. King Mohammed VI publicly welcomed the CNDH’s recommendations, and ordered a government task force to examine the status of migrants whose asylum claim the UNHCR had already recognized with a view toward regularizing them.

The Rights of Women and Girls

The 2011 constitution guarantees equality for women, “while respecting the provisions of the Constitution, and the laws and permanent characteristics of the Kingdom.” The Family Code contains discriminatory provisions for women with regard to inheritance and the right of husbands to unilaterally divorce their wives. Reforms to the code in 2004 improved women’s rights in divorce and child custody and raised the age of marriage from 15 to 18.

Despite laws prohibiting the employment of children under the age of 15, thousands of children under that age—predominantly girls—are believed to work as domestic workers. According to the UN, nongovernmental organizations, and government sources, the number of child domestic workers has declined in recent years, but girls as young as 8 years old continue to work in private homes for up to 12 hours a day for as little as US$11 per month. In some cases, employers beat and verbally abused the girls, denied them an education, and refused them adequate food.

Morocco’s labor law excludes domestic workers from its protections, including a minimum wage, limits to work hours, and a weekly rest day. In 2006, authorities presented a revised draft law to regulate domestic work and reinforce existing prohibitions on under-15 domestic workers, but at this writing the parliament has yet to adopt it.

In 2008, the European Union awarded Morocco “advanced status,” placing it a notch above other members of the European Neighbourhood Policy (ENP). Morocco is the largest beneficiary of EU aid in the Middle East and North Africa after the Occupied Palestinian Territories, with €580 million (US$757 million) earmarked for 2011 to 2013, plus an additional €35 million in 2013 under the EU’s SPRING program that aids countries judged to be undergoing democratic transitions.

On September 10, EU Ambassador to Morocco Rupert Joy praised the CNDH report on migrants in Morocco, which, he said, “recognizes violations to the rights of migrants that have concerned us for a long time, but also proposes concrete recommendations for migration policies that are more just and more effective.” Joy pledged “considerable financial assistance” from the EU and its member states toward projects that are “inspired by” the CNDH’s recommendations.

On a state visit, French President François Hollande refrained from any public human rights criticism. During an address to parliament and at a press conference on April 4, he insisted that France, Morocco’s leading trading partner and source of public development aid and private investment, did not wish “to give lessons.” However, the Foreign Ministry, in a rare remark that could be interpreted as criticism, reacted on April 29 to the police’s repression of a demonstration in Western Sahara by “recall[ing] our attachment to the right to protest peacefully.”

In 2013, the United States, a close ally to Morocco with which it maintains a formal human rights dialogue, gave the final portion of a five year $697 million grant from the Millennium Challenge Corporation to reduce poverty and stimulate economic growth. At the annual UN Security Council debate in April on renewing the mandate of the peacekeeping force for Western Sahara (MINURSO), the US initially proposed enlarging the mandate to include human rights monitoring but backed down in the face of Morocco’s vehement opposition.

On November 22, King Mohammed VI was received by a US president in Washington for the first time since 2002. President Barack Obama praised Morocco’s intentions and commitments to make various human rights improvements, but did not publicly criticize Morocco’s human rights practices.

Morocco has facilitated the visits of several UN human rights mechanisms over the past two years, including the special rapporteur on trafficking in persons in June 2013. At time of writing the Working Group on Arbitrary Detention was scheduled to take place in December 2013.