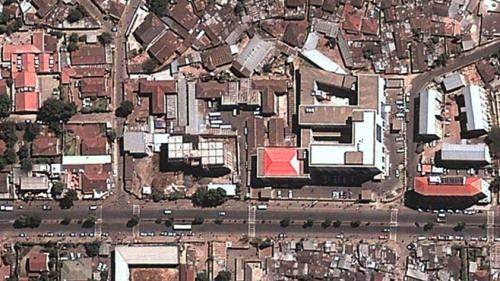 Hopes that Ethiopia’s new leadership would pursue human rights reforms following Prime Minister Meles Zenawi’s death in August 2012 have been shattered; there was no tangible change of policy in 2013. Instead, the Ethiopian authorities continue to severely restrict the rights to freedom of expression, association, and peaceful assembly, using repressive laws to constrain civil society and independent media, and target individuals with politically motivated prosecutions.

Muslim protests against perceived government interference in their religious affairs were met by security forces with arbitrary arrests and detentions, beatings, and other mistreatment throughout the year. The trial of 29 protest leaders who were arrested in July 2012 has been closed to the public, media, and family members since January. Others convicted under the country’s deeply flawed antiterrorism law—including opposition leaders and four journalists—remain in prison.

Ethiopia’s ambitious development schemes, funded from domestic revenue sources and foreign assistance, sometimes displace indigenous communities without appropriate consultation or any compensation. Security forces have also used violence, threats, and intimidation to force some groups to relocate, such as in the Lower Omo Valley where indigenous people continue to be displaced from their traditional lands, which are earmarked for state-run irrigated sugar plantations.

Freedom of Peaceful Assembly
Since early 2012, members of Ethiopia’s Muslim community—which constitutes at least 30 percent of the country’s population—have organized regular public protests. Demonstrations were triggered by perceived government interference in the Supreme Council of Islamic Affairs and the Awalia mosque in Addis Ababa.

The government has clamped down heavily on the protests, arbitrarily detaining and beating protesters, including 29 prominent activists and leaders who were arrested in July 2012 and charged in October 2012 under the Anti-Terrorism Proclamation. In January, the High Court closed those hearings to the public, including media, diplomats, and family members. Some defendants have alleged mistreatment in detention and the trials raise a number of due process concerns, including lack of access to legal counsel for some defendants for almost two months, and erratic access to relatives.

The government has also undermined the defendants’ presumption of innocence by broadcasting inflammatory material and accusations against them on state television. In February, the state-run Ethiopian Television (ETV) broadcast a program called “Jihadawi Harakat” (“Jihad War”) that included footage of at least five of the defendants filmed in pretrial detention. The program equated the Muslim protest movement with Islamist extremist groups, casting the protest leaders as terrorists.

Despite the arrests, protests continued throughout 2013. In early August, protests were organized in the capital, Addis Ababa, as well as in other cities to commemorate Eid al Fitr, the end of Ramadan. Witnesses described a heavy police presence in Addis Ababa, and credible sources said that police used excessive force to disperse the demonstrators and detained hundreds, at least temporarily.

The Semayawi Party (“Blue Party”), a newcomer to Ethiopia’s political scene, held a peaceful protest in June—the first large-scale protest organized by a political opposition party in eight years. A planned protest in August was cancelled when the Blue Party offices were raided by security forces, resulting in the arrest of dozens of people and the confiscation of equipment. The Blue Party had earlier been denied a permit by government to hold the protest.

Arbitrary Detention and Ill-Treatment
Arbitrary detention and ill-treatment in detention continues to be a major problem. Students, members of opposition groups, journalists, peaceful protesters, and others seeking to express their rights to freedom of assembly, expression, or association are frequently detained arbitrarily.

Ill-treatment is often reported by people detained for political reasons, particularly in Addis Ababa’s Federal Police Crime Investigation Center, known as Maekelawi, where most individuals are held during pre-charge or pretrial detention. Abuse and coercion that in some cases amount to torture and other ill-treatment are used to extract information, confessions, and statements from detainees.

Individuals are often denied access to legal counsel, particularly during pre-charge detention. Mistreated detainees have little recourse in the courts and there is no regular access to prisons and detention centers by independent investigators. Although the government-affiliated Ethiopian Human Rights Commission has visited some detainees and detention centers, there is no regular monitoring by any independent human rights or other organizations.

In July, a delegation from the European Parliament was denied access to Kaliti prison in Addis Ababa by Ethiopian authorities, despite having received prior authorization.

Freedom of Expression and Association
Since 2009, when the Anti-Terrorism Proclamation and the Charities and Societies Proclamation (CSO Law) were passed, freedoms of expression and association have been severely restricted in Ethiopia. The CSO law is one of the most draconian laws regulating nongovernmental activity in the world. It bars work on human rights, good governance, conflict resolution, and advocacy on the rights of women, children, and people with disabilities if organizations receive more than 10 percent of their funds from foreign sources.

Ethiopia’s most reputable human rights groups have either dramatically scaled down their operations or removed human rights from their mandates. Several of the country’s most prominent human rights activists have fled the country due to threats.

Ethiopian media remains under a tight government stranglehold, and many journalists practice self-censorship. Webpages and blogs critical of the government are regularly blocked, and foreign radio and TV stations are routinely jammed. Journalists working for independent domestic newspapers continue to face regular harassment and threats.

The Anti-Terrorism Proclamation has been used to target political opponents, stifle dissent, and silence journalists. In May, the Supreme Court upheld the 18-year sentence of journalist and blogger Eskinder Nega Fenta, who was convicted in July 2012 for conspiracy to commit terrorist acts and participation in a terrorist organization. Eskinder received the PEN Freedom to Write award in 2012. Reeyot Alemu Gobebo, a journalist for Feteh, was convicted on three counts under the terrorism law for her writings. Her sentence was reduced from 14 to 5 years on appeal, but her appeal of the remaining five-year sentence was dismissed in January. Reeyot was awarded the prestigious 2013 UNESCO/Guillermo Cano World Press Freedom Prize.

Journalists covering the Muslim protests were threatened and arbitrarily detained. Solomon Kebede, chief editor of the now-defunct Yemuslimoch Guday (“Muslim Affairs”), was arrested in January and charged under the Anti-Terrorism Proclamation. Yusuf Getachew, his predecessor, was charged under the same law in 2012. Several other journalists fled Ethiopia in 2013, making it one of the top three countries in the world in terms of the number of journalists in exile.

Forced Displacement Associated with Development Programs
Both the government of Ethiopia and the donor community have failed to adequately investigate allegations of abuses associated with Ethiopia’s “villagization program.” Under this program, 1.5 million rural people are being relocated, ostensibly to improve their access to basic services. However, some of the relocations in the first year of the program in Gambella region were accompanied by violence, including beatings and arbitrary arrests, and insufficient consultation and compensation.

On July 12, the World Bank’s board of executive directors approved the recommendation of the Inspection Panel, the institution’s independent accountability mechanism, to investigate a complaint from ethnic Anuak refugees alleging that the bank violated its own safeguards in Gambella. The investigation was ongoing at time of writing.

Ethiopia is proceeding with development of a sugar plantation in the Lower Omo Valley, clearing 245,000 hectares of land that is home to 200,000 indigenous peoples. Displaced from their ancestral lands, these agro-pastoralists are being moved to permanent villages under the villagization program.

Key International Actors
Ethiopia enjoys warm relations with foreign donors and most of its regional neighbors. Ethiopia has forged strong ties based on its role as the seat of the African Union (AU), its contribution to United Nations peacekeeping, security partnerships with Western nations, and its progress on some of the Millennium Development Goals (MDGs). These strong relationships have contributed to the international community’s silence on Ethiopia’s dismal human rights record.

Ethiopia also continues to receive significant amounts of donor assistance—almost US$4 billion in 2013. As partners in Ethiopia’s development, donor nations remain muted in their criticism of Ethiopia’s appalling human rights record and are taking little meaningful action to investigate allegations of abuses associated with development programs.

Relations with Egypt worsened in 2013 due to Egyptian concerns that Ethiopia’s Grand Renaissance Dam will divert valuable water from the Nile River. An estimated 85 percent of the Nile’s waters originate in the Ethiopian highlands and Egypt is completely dependent on the Nile for all its water needs. At 6,000 megawatts of electricity, the dam will be Africa’s largest hydroelectric project. Construction started in 2012 and the dam is scheduled to be completed in 2018.

In addition to Western donors, China, India, and Brazil are increasingly financing a variety of large-scale development initiatives. Foreign private investment into Ethiopia is increasing with agro-business, hydroelectric, mining, and oil exploration all gaining prominence in 2013. Agro-business investment is coming mainly from India, the Gulf, and the Ethiopian diaspora, attracted to very low land prices and labor costs. As seen in several of Ethiopia’s other large-scale development projects, there is a serious risk of forced displacement of people from their land when some of these programs are implemented.