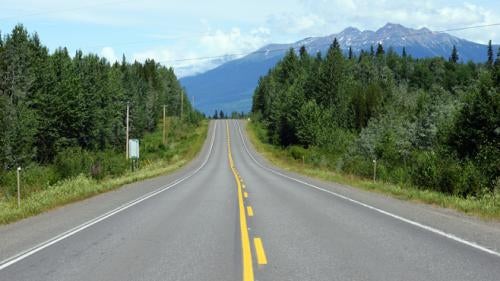 Canada enjoys a global reputation as a defender of human rights at home and abroad that reflects a solid record on core civil and political rights protections, and a generally progressive approach to economic and social rights. Nonetheless, serious human rights concerns demand remedial action by federal and provincial governments, particularly with regard to the rights of the indigenous peoples of Canada, people impacted abroad by Canada’s extractive industries, and ethnic and religious minorities in Quebec. Recent federal government actions undermining the ability of civil society organizations to engage in advocacy impede progress on a range of human rights issues.

Violence against Indigenous Women and Girls
In February 2013, the federal government established an all-party committee in Canada’s House of Commons to hold hearings on the issue of missing and murdered indigenous women and to propose solutions to address root causes of violence. The committee made limited progress and was criticized by missing women advocates for lacking clear direction, prioritizing government witnesses over victims’ family members, and failing to consider alternative, culturally sensitive methods of family and community participation.

The Native Women’s Association of Canada has documented 582 cases of missing and murdered indigenous women and girls in Canada as of March 2010. Many of the killings and disappearances were between the 1960s and the 1990s, but 39 percent occurred after 2000. The number of cases is undoubtedly higher today, but comprehensive data is not available since the government cut funding for the organization’s database, and police forces in Canada do not consistently collect race and ethnicity data.

In February, Royal Canadian Mounted Police (RCMP) Commissioner Bob Paulson told his officers via email, “Don't worry about it, I’ve got your back,” in response to a 2013 Human Rights Watch report documenting the RCMP’s failure in British Columbia (BC) to protect indigenous women and girls from violence, as well as abusive police behavior against indigenous women and girls, including excessive use of force, and physical and sexual assault. Canada has inadequate police complaint mechanisms and oversight procedures, including a lack of a mandate for independent civilian investigations into all reported incidents of serious police misconduct.

In February 2013, the federal government referred Human Rights Watch’s report on police mistreatment of indigenous women and girls in BC to a complaints commission for investigation. The commission, while civilian led, often works closely with the police and does not have the power to issue binding recommendations on the RCMP. As of November, the commission’s investigation was ongoing.

The federal government continues to reject calls for a national inquiry into the murders and disappearances sounded by the premiers of Canada’s provinces and territories, the Assembly of First Nations, and many civil society organizations. Public national inquiries allow for impartial investigation into issues of national importance.

More than a dozen countries, including Switzerland and New Zealand, raised the issue of violence against indigenous women and girls in Canada during its second periodic review by the United Nations Human Rights Council in April 2013. Both the UN Committee on the Elimination of Discrimination against Women and the Inter-American Commission on Human Rights sent delegations to Canada to investigate the problem in 2013. After conducting his own visit in October 2013, UN Special Rapporteur on the Rights of Indigenous Peoples James Anaya endorsed the call for Canada to hold a national inquiry into the murders and disappearances of indigenous women.

Mining Industry Abuses
Canada is the mining industry’s most important global hub, home to most of the world’s mining and exploration companies. These firms have an enormous collective impact on the human rights of vulnerable communities worldwide

In 2013, Human Rights Watch documented allegations that Vancouver-based Nevsun Resources’ flagship Bisha gold mine in Eritrea was partly built using forced labor deployed by local state-owned contractor, Segen Construction. In a statement, Nevsun expressed “regret if certain employees of Segen were conscripts” during the mine’s construction, and insisted there were no ongoing abuses. However, it refused to sever ties with Segen.

In 2011, Human Rights Watch documented allegations that security guards employed by Canadian mining giant Barrick Gold had gang-raped women at a Papua New Guinea mine site and engaged in other abuses. The company has since taken steps to prevent further abuses and has promised to provide remediation to dozens of women who were victims of sexual violence. Some activists have criticized Barrick’s plan because women who elect to accept the benefits will be required to sign legal waivers that they will not participate in any civil legal action against the company. However, if the plan’s end results respect the rights of victims to prompt and appropriate redress, it could be a path-breaking example of how companies can move proactively to respond to serious abuses linked to their operations at home and abroad. The remediation scheme was scheduled to begin delivering compensation packages to victims in late 2013.

The Canadian government neither regulates nor monitors the human rights practices of Canadian mining companies when they go abroad. Its sole action on this front has been to establish in 2009 a corporate social responsibility counselor whose office is without oversight or investigatory powers.

Counterterrorism
Canadian citizen Omar Khadr, whom US forces captured on the battlefield in Afghanistan in July 2002 at the age of 15, was repatriated in 2012. Canada has continued to deny Khadr access to rehabilitation and reintegration services as required for former child soldiers. He remains incarcerated, serving an eight-year sentence under a plea agreement for murder in violation of the laws of war and material support for terrorism, entered in the military commission system in Guantanamo, a fundamentally flawed system with no provisions for adjudicating youth offenders. In June 2013, Khadr became eligible for parole after having served one-third of his sentence, or 32 months.

Indigenous Rights
Canada’s federal government has apologized for the residential school system of the 1800s and 1900s. Approximately 150,000 indigenous children were removed from their families and communities and placed in the schools, where they were forbidden to speak their own languages or practice their culture. Many also suffered physical and sexual abuse. In 2013, information surfaced indicating that some children in residential schools in the 1940s and 50s were subjected to medical experimentation.

Indigenous groups have criticized Canada for failing to respect land agreements with indigenous communities or to consult adequately with them, including with regard to resource extraction plans on traditional lands. The government has to pay adequate attention to severe poverty, housing, water, sanitation, health care, and education problems in indigenous communities, particularly those in remote and rural areas.

Freedom of Religion
In September 2013, the provincial government of Quebec introduced a potentially discriminatory proposal that would impinge on freedom of religious expression by prohibiting government employees from displaying conspicuous religious symbols, which would include head scarves, but not small symbols, such as cross pendants. Women’s centers in Quebec reported an increase in verbal and physical attacks on Muslim women after debate over the proposal began.

Asylum Seeker and Migrant Rights
In September 2013, more than 150 immigration detainees in a Toronto detention center launched a hunger strike to demand improved access to medical care and better conditions. In June 2012, Canada’s parliament passed Bill C-31, which permits the government to designate a group of people arriving as an “irregular arrival,” making them subject to mandatory detention with limited judicial review and risking the prolonged detention of refugees and children 16 and older.

C-31 created an administrative Refugee Appeal Division, but asylum seekers from 27 “designated countries” that have a history of respecting human rights are not allowed to appeal their denials to it, although the Federal Court may review their denials. C-31 also places a five-year ban on “irregular arrivals” from applying for permanent residence, negatively impacting the right of separated refugee families to reunite.

Civil Society
Civil society representatives and organizations across a range of fields report that government actions, including funding cuts, threatened revocation of non-profit status, and intrusive monitoring have had a chilling effect on dissent to the current federal government’s policies.

In July 2013, Voices-Voix, a coalition of more than 200 national and local civil society organizations, expressed concern that the Prime Minister’s Office had reportedly instructed government officials to compile “friend and enemy stakeholder” lists as part of the process of preparing briefing materials for new cabinet members.

In 2012, the natural resources minister accused environmental and other “radical groups” of trying to use money from “foreign special-interest groups” to undermine development in the country. His comments came a day before federal regulatory hearings began on whether to approve Enbridge's Northern Gateway pipeline that would deliver crude from Alberta's oilsands to Kitimat, BC, for shipment to Asia.