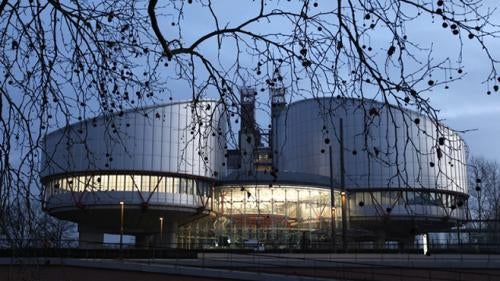 Political deadlock in Bosnia and Herzegovina (BiH) continued to impede necessary human rights reform in 2013. The government failed to meet a European Union deadline to end discriminatory restrictions on Jews and Roma running for political office. Roma remain the most vulnerable group in the country, subject to widespread discrimination. The number of returns of refugees and internally displaced persons (IDPs) decreased due to concerns about conditions in pre-war communities.

The authorities failed to implement a 2009 European Court of Human Rights (ECtHR) ruling requiring BiH to amend its constitution to eliminate ethnic discrimination, including in the national tri-partite presidency and House of Peoples, both currently restricted to the three main ethnic groups (Bosniaks, Serbs, and Croats). An October agreement between political leaders of BiH failed to specify how the ruling will be implemented. The EU announced that it will not accept the results of general elections in 2014 unless the constitution is amended.

In October, BiH conducted its first census since 1991, after delays due to concerns over the questionnaire and technical unpreparedness voiced by the International Monitoring Operation (IMO) established by the EU and the Council of Europe (CoE). The census went ahead amid criticism by civil society groups including regarding improper storage of completed questionnaires. In an October report, the IMO concluded that despite some problems the census was conducted in accordance with international standards.

Roma, the most vulnerable minority group, continue to face widespread discrimination, high unemployment, low levels of school enrollment, political representation, and standards of living. Many Roma are not on the national public registry, impeding their access to public services, including health care. The practice of placing Roma children in Mostar, a city in the federation, in special schools instead of mainstream schools continued. Many Roma, particularly refugees and IDPs, including from Kosovo, continue to live in informal settlements.

Implementation of a 2010 strategy to support the return of refugees and IDPs to their pre-war homes remained slow. Although a housing project to promote return to pre-war communities was launched in April, the number of returns declined, with only 104 refugees and 96 IDPs returning to their areas of origin in the first half of 2013, according to the United Nations High Commissioner for Refugees (UNHCR). As of October 2013, there were still 103,353 registered IDPs. Impediments to returns remain lack of economic opportunity, political instability, and reluctance to return to areas where other ethnic groups constitute the majority.

In February the new chief state prosecutor publicly committed to expedite some 600 pending war crime investigations and prepare for an increased caseload once the mandate of the International Criminal Tribunal for the former Yugoslavia (ICTY) expires at the end of 2014. Implementation of the national war crimes strategy is hindered by insufficient capacity and funding, particularly at the local level. In March the Organization for Security and Co-operation in Europe (OSCE) launched a judicial capacity program that includes district and cantonal courts. By November 2013 the War Crimes Chamber of the State Court of BiH had reached verdicts in 25 cases, raising the number of completed cases to 199.

The State Prosecutor’s Office signed a cooperation agreement on the prosecution of war crimes, crimes against humanity, and genocide with its counterparts in Serbia and Croatia.

In February, the ICTY Appeals Chamber acquitted Momcilo Perisic, wartime chief of the General Staff of the Yugoslav Army, who had been convicted to 27 years in prison for aiding and abetting crimes against humanity and violations of the laws or customs of war. The Appeals Chamber found that the criterion of specific direction was not proven beyond reasonable doubt.

The ICTY trial of Bosnian Serb wartime General Radko Mladic, charged with genocide, war crimes, and crimes against humanity—including the murder of 7,000 men and boys from Srebrenica in July 1995—continued, subject to repeated interruptions due to Mladic’s ill-health.

In the case of Bosnian Serb wartime president Radovan Karadzic, on trial at the ICTY for many of the same crimes as Mladic, a charge of genocide in seven Bosnian municipalities was reinstated in July by the Appeals Chamber of the ICTY, after being dropped in 2012 on the grounds of insufficient evidence. On September 3 Karadzic sought to have the decision overturned.

Also in July, the ECtHR ruled that the application of the 2003 criminal code in two war crimes cases at the BiH State Court violated the right to protection from retroactive criminal law under article 7 of the ECHR. In response, in October and November the State Court ordered the retrial of 12 convicted war criminals, including six involved in the Srebrenica massacre, and their release from custody pending retrial.

In November, after a retrial, Mevlid Jasarevic was convicted of an act of terrorism for firing on the United States embassy in Sarajevo in 2011, injuring one policeman, and sentenced to 15 years in prison. The appeals court annulled the previous verdict of 18 years in prison due to violations of the right to defense and fair trial.

Numerous threats and acts of intimidation by political and religious authorities impeded investigative journalism. The national journalists’ association recorded 44 violations of freedom of expression in as of November, including 3 physical assaults.

In April, the OSCE representative on freedom of the media voiced concern over threats against journalists Predrag Lucic on online forums and Nebojsa Vukanovic by a religious leader and the overall hostile atmosphere for journalists.

A broad civil society association, the Coalition for Combating Against Hate Speech and Hate Crime, formed in January. The coalition pushed to amend the federation’s criminal code to include gender identity and sexual orientation as grounds for hate crimes. The House of Peoples rejected the amendment in September.

Repeated threats of secession by the authorities of Republika Srpska prompted criticism by the OHR for undermining state integrity.

Political quarrels hindered the adoption of new legislation on Single Reference Numbers, an identification number usually issued at birth that allows access to state services and documents, drawing criticism from the EU, the OSCE, and the OHR. The constitutional court rejected the previous law in February due to discrepancies of names of some municipalities. New legislation was adopted in November.

Mass protests outside the BiH parliament erupted in June when an infant requiring urgent medical treatment abroad could not travel without an ID number. Temporary measures have been enacted to issue numbers, but a permanent solution is still needed.

Continued political stalemate and failure to implement the 2009 ECtHR ruling drew repeated criticism from EU, US, and CoE officials. EU foreign ministers in July strongly criticized lack of implementation and other impediments for the country’s move toward the EU and urged the government to bring the country’s constitution into compliance with the European Convention on Human Rights. After the third high-level meeting between the authorities of BiH and the EU in October, Commissioner for Enlargement Stefan Füle voiced regret about the lack of agreement and political will on the part of the authorities to solve the issue.

US Deputy Assistant Secretary for European and Eurasian Affairs Philip Reeker said in a May speech that constitutional reform is possible and had been within reach in March, although it was thwarted at the last minute.

A September resolution by the CoE Parliamentary Assembly threatened sanctions unless BiH implements the ruling and complies with other outstanding obligations as a CoE member by the October 2014 presidential elections.

In June, the UN Human Rights Committee found several violations of the International Covenant on Civil and Political Rights in the case of five individuals who were tortured and then forcibly disappeared in 1992, marking the first time BiH has been held accountable for forced disappearances during the war.

On July 23, BiH ratified the Istanbul Convention of the CoE on preventing and combating violence against women and domestic violence.

In September, the Dutch Supreme Court found the Netherlands responsible for the death of three Bosnian Muslims during Srebrenica because Dutch peacekeepers had sent the men away from the UN compound. The decision was the first to hold a government liable for events occurring under a UN mandate, highlighting that principles of accountability also apply to peacekeeping missions.

In a September report, the CoE Committee for the Prevention of Torture and Inhuman or Degrading Treatment or Punishment confirmed allegations of ill-treatment in police custody, particularly in Banja Luka, and recommended an independent assessment, training of the police, and other safeguards.

The EU delegation strongly condemned attacks on journalists in BiH after a September arson attack on the investigative weekly Slobodna Bosna.

In October, the US embassy, OHR, and EU mission in BiH criticized proposed legislative amendments in the Republika Srpska National Assembly that could undermine the editorial independence of the entity’s broadcast media.

The European Commission’s annual progress report, published in October, highlighted among the main outstanding issues the need for constitutional changes and to combat discrimination, including against Roma and LGBT people.

In his November report to the UN Security Council, High Representative for Bosnia and Herzegovina Valentin Inzko raised concerns over political instability and challenges to the rule of law.