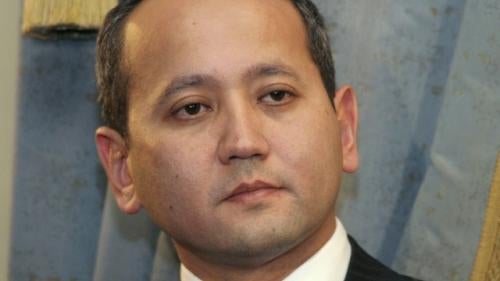 Kazakhstan’s poor human rights record continued to deteriorate in 2013, with authorities cracking down on free speech and dissent through misuse of overly broad laws. Authorities maintain strict controls on freedom of assembly and religion. Despite flawed trials, courts upheld the prison sentences of people convicted in the aftermath of violent clashes in December 2011 between police and people in the western oil town of Zhanaozen. Torture remains common in places of detention, even as authorities in July adopted a law on a National Preventive Mechanism on torture.

The government continues work on overhauling its criminal legislation, but based on a September draft of the criminal code, some amendments, if adopted, would further restrict freedom of speech, assembly, religion, and association.

Arrest and Detention of Government Critics

On December 7, 2012, civil society activist Vadim Kuramshin was sentenced to 12 years’ imprisonment on extortion charges, despite a trial marred by procedural violations and concerns his detention was retribution for public criticism of the government.

On May 28, 2013, Kazakhstan’s Supreme Court upheld labor activist Rosa Tuletaeva’s conviction and five-year prison sentence (reduced from seven years by an earlier appeal) for organizing mass riots in connection with the Zhanaozen violence. Prosecutorial authorities have declined to investigate Tuletaeva’s allegations of torture in detention.

On August 5, Kazakhstan’s Supreme Court declined to review political opposition leader Vladimir Kozlov’s seven-and-a-half-year prison sentence, despite procedural violations and the broad, vague charges, such as inciting social discord, used to convict him. As recently as mid-November, Kozlov’s wife reported that Kozlov had not been receiving adequate and timely medical care in prison.

On August 9, Zinaida Mukhortova, a lawyer who in 2009 had alleged a member of parliament from the ruling party interfered in a civil case in which she was involved, was detained and forcibly admitted to a psychiatric hospital, violating her rights to liberty and security. She was initially denied access to her lawyer. Mukhortova was released from psychiatric detention on November 1. Her case against forcible detention was ongoing at time of writing.

On July 31, government critic Mukhtar Ablyazov was detained in France. His extradition is sought by Ukraine, Russia, and Kazakhstan on multiple charges, including embezzlement. Rights groups expressed serious concern that, if returned, he would be at serious risk of ill-treatment and denied a fair trial. His wife and child were illegally deported to Kazakhstan from Italy in May. United Nations experts said that the move resembled an “extraordinary rendition.”

Starting in late 2012, there was a marked escalation in the government’s crackdown on independent and opposition media. In December 2012, in rushed trials, courts banned the newspapers Vzglyad, Golos Respubliki, and their affiliated sites, and prohibited K+ and Stan.TV from broadcasting. In 2013, several newspapers including Pravda Kazakhstana and Tribuna, were suspended for three months on technical grounds. In January, theZhezkazgan youth newspaper was ordered to close.

Despite widespread criticism of the government’s misuse of the overbroad and vague criminal offense of “inciting social, national, clan, racial, or religious discord,” authorities opened new cases. Authorities also proposed broadening the scope of the criminal offense and increasing penalties on those found guilty of it. One such case was against journalist Aleksandr Kharlamov in March 2013. In mid-April, Kharlamov was forced to undergo a month of forced psychiatric observation. He was later released and put under house arrest. His case was ongoing at time of writing.

Some websites are blocked in Kazakhstan and libel remains a criminal offense. Media watchdog AdilSoz reported that between January and August 2013, there were 10 attacks on journalists, including on Igor Larra in August. In July, 4 men were sentenced to between 11 and 15 years in prison for attacking independent journalist Lukpan Akhmedyarov in April 2012.

Work on new criminal, criminal procedural, and penal codes continues amid serious concerns that proposed amendments would further restrict fundamental freedoms. In September, Dunja Mijatovic, the Organization for Security and Co-operation in Europe’s media freedom representative, noted the proposed draft legislation “still contains and even strengthens sanctions that could limit free expression and freedom of the media,” and in particular highlighted the “disproportionate sanctions” of suspending newspapers for minor administrative offenses.

In 2013, several police officers were convicted for torture and in July, authorities adopted a law on a National Preventative Mechanism against torture. Despite this, the Anti-Torture Coalition, a civil society alliance, reported receiving 201 complaints of torture and ill-treatment in the first half of 2013 alone. Perpetrators of torture often go unpunished. To date, there has been no effective investigation into serious and credible allegations of torture by detainees in the aftermath of the December 2011 Zhanaozen violence.

On November 18, a Kostanai court ordered local police to pay Aleksandr Gerasimov 2 million Tenge (US$13,000) in compensation following a May 2012 United Nations Committee Against Torture (CAT) decision finding Kazakhstan responsible for torturing Gerasimov in 2007. The committee had urged Kazakhstan to conduct an impartial investigation and provide full and adequate reparation.

In January 2013, amendments to counterterrorism laws were adopted in response to stated government concerns about increasing radicalization and armed attacks by alleged extremists. In October, President Nursultan Nazarbayev approved a five-year State Program to Counter Religious Extremism and Terrorism aimed at ensuring security and preventing terrorist attacks. Forum18, an international religious freedom group, criticized the plan for its “all-embracing controls” on religious activities.

Vladislav Chelakh, a 19-year-old border guard accused of murdering 14 border guards and one ranger at a Kazakhstan-China border post in December 2011, was sentenced to life in prison in December 2012 despite an investigation and trial marred by irregularities. His sentence was twice upheld on appeal during 2013.

Since the adoption in 2011 of a restrictive law on religion, religious groups have been subjected to raids, fines, and confiscation of literature. Between January and mid-November, authorities fined 119 individuals and sentenced 2 to short-term administrative detention for violating the religion law, according to Forum18. In February, a Kazakh court banned the minority Islamic group Jamaat Tablighi as “extremist.”

In May, Protestant pastor Bakhytzhan Kashkumbayev was arrested on a dubious charge of “intentional infliction of grievous bodily harm” of a congregation member. In July, he was subjected to a month of forced psychiatric observation. In October, authorities brought an additional charge of propagandizing extremism against him. His case was ongoing at this writing.

Authorities maintain restrictive rules on freedom of assembly, and throughout the year detained and fined activists and others for organizing and/or participating in peaceful unsanctioned protests. For example, in mid-May, a court in Astana sentenced two civil society activists to between seven and fifteen days in detention and fined nearly two dozen others for violating the law on public assemblies.

Legislation governing the organization, financing, and collective bargaining rights of trade unions remains restrictive and violates Kazakhstan’s obligations under international law. Proposed provisions in the new draft criminal code would further restrict workers’ right to strike—already subject to a broad prohibition in certain sectors of the economy—and continue to criminalize funding of trade unions by sources outside Kazakhstan. Work on a draft law on trade unions was ongoing at time of writing.

In response to concerns about debt bondage, forced labor, hazardous child labor, and other violations against migrant tobacco workers, Philip Morris International and Philip Morris Kazakhstan continued to implement policies aimed at decreasing such risks. In August 2012, the Ministry of Education and Science issued an order permitting children of migrant workers employed in accordance with migration laws to attend schools in Kazakhstan.

Returns to Risk of Torture

Kazakhstan continues to extradite individuals to Uzbekistan despite the risk of torture there. On March 13, authorities extradited Khairullo Tursunov to Uzbekistan, ignoring a February 28 UN Committee Against Torture communication to stall his extradition until it could fully review his complaint.

There was criticism of Kazakhstan’s rights record in 2013, notably by the European Parliament (EP), but overall concern was toned down as Kazakhstan’s partners prioritized trade and energy interests. In a statement issued following her November 2012 visit to Kazakhstan, the EU High Representative for Foreign Affairs and Security Policy Catherine Ashton did not mention any human rights concerns, and asserted that her discussions “focused on economic and trade issues.”

In June, European Commission President Jose Manuel Barroso did not raise publicly any specific human rights concerns during his first trip to Kazakhstan to discuss the European Union-Kazakhstan Enhanced Partnership and Cooperation Agreement (PCA). Enhanced PCA negotiations, which had stalled for over a year, resumed in October.

On April 18, the EP adopted a resolution that flagged serious concerns about Kazakhstan’s rights record, in particular about the closure of Alga! opposition party and media outlets and the imprisonment of activists on “vague criminal charges which could be considered to be politically motivated,” including Vladimir Kozlov. The resolution stressed the importance of workers’ rights and called for review of religion legislation. It also called for the EU to closely monitor developments in Kazakhstan.

British Prime Minister David Cameron visited Kazakhstan in late June, during which UK businesses concluded trade and other deals worth an estimated £700 million (US$1.1 billion). Cameron said he and President Nursultan Nazarbayev discussed human rights issues “at some length.” President Nazarbayev rejected concerns, saying “nobody has the right to instruct us how to live and build our country.”